COBURN DOES THE SUDAY NIGHT SHUFFLE 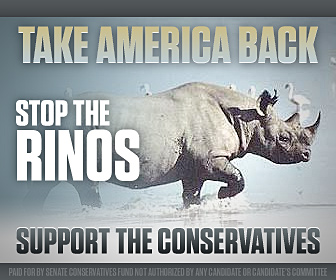 NO NEED FOR  Tester/Hagan Amendment BECAUSE WITH STATE, FED HAS NO CONTROL – ITS ONLY FOR THE ILLUSION, THAT THE FEDS HAVE CONTROL!

Senate gives approval by unanimous consent as McConnell and Coburn drop objections; legislation goes back to the House…and then to President Obama…
In a move that surprised many of those who have closely followed the twisted path of S. 510, the FDA Food Safety Modernization Act, the Senate passed a version of the legislation on Sunday evening. Already passed once by the Senate three weeks ago, but invalidated by an error that mistakenly included tax provisions that by law are supposed to originate in the House, thus invalidating it as legislation, the measure was resuscitated by Senate Majority Leader Harry Reid (D-NV), and approved by unanimous consent.

The vote marks the second time that the Senate has passed a crucial piece of Obama Administration food legislation by unanimous consent. In August, Reid also brought the Senate together for a collective “yea” on the child nutrition legislation, which President Obamasigned intolaw last Monday. (Above: President Obama eating a peach; fruit and vegetables will be more closely monitored by FDA under the new bill)

Reid announced on Sunday that he has sent the legislation to the House, and once the lower chamber re-approves the measure, thePresident is expected to sign the food safety legislation into law immediately. But until this evening’s surprise vote, the President holding yet another signing ceremony seemed unlikely to happen; two previous attempts to re-attach S. 510 to other legislation being voted on in the lame duck session had failed, blocked by Republicans.

“This is a common-sense issue with broad bipartisan support,” Reid said in a statement after Sunday’s vote, adding that it gives “the FDA the resources it needs to keep up with advances in food production and marketing, without unduly burdening farmers and food producers.”

McConnell and Coburn get bipartisan…
“Common sense” or not, there was much contentious debate surrounding the legislation, in particular over cost and over FDA regulations for smaller farmers and food processors. After months of Presidential (and FDA and USDA) encouragement, the legislation was first approved by the Senate with a vote of 73-25, with all “nays” coming from the GOP. Senate Minority Leader Mitch McConnell (KY) and Sen. Tom Coburn (OK) were the most outspoken members of the GOP to voice opposition to S. 510, but both dropped their objections late Sunday afternoon, according to Hill sources, and according to pre-eminent food poisoning attorney Bill Marler, of Seattle’s Marler Clark law firm, who worked behind the scenes to help get the legislation passed. It’s the first significant revamp of America’s food safety system in more than seven decades. 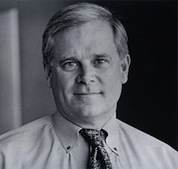 “I’m shocked that the vote actually happened,” Marler (l) said late on Sunday night. “And even more shocked that it was done by unanimous consent.”

Marler was in Washington, DC, last week, working with Senators and their staffers to try to get the corrected legislation re-passed, but he left on Friday, when it appeared that it was dead for the lame duck session. He said that on Sunday morning, he was back to working the phones and e-mail, called into action by Sen. Patty Murray (D-WA), but that the legislation still appeared to be lacking enough votes.

“I’m heartened that Republicans and Democrats could come together to pass this critically important food safety legislation,” Marler said. “Mitch McConnell and Tom Coburn both deserve a lot of credit.”

Marler has made about thirty trips to Washington in the last decade, to urge passage of food safety legislation, accompanied by clients who were sickened by tainted food–or by their surviving family members. Last week, the Centers for Disease Control and Prevention released new statistics for foodborne illness, and estimates that 3,000 people die annually, with 48 million Americans falling ill.

“This is Merry Christmas and Happy Late Hanukkah for America’s eaters,” Marler said. “And I’ll repeat: Kudos to McConnell and Coburn for stepping up.”

Going to the House…and then the White House….
The House will not be in session on Monday, but could vote on the measure as early as Tuesday morning. If it approves the legislation, it will then be signed into law by President Obama, who is remaining in Washington, DC, until the Congress ends the lame duck session. In July of 2009, the House passed a far more comprehensive version of the legislation, but S. 510 is a prevention-focused bill that will boost the FDA’s inspection mandate, give it mandatory recall authority, and require food facilities to put food safety plans in place. It will also regulate imported foods. The Tester/Hagen Amendment, introduced by Sen. Jon Tester (D-MT), eases FDA regulations for “small, local food processors and producers” and has caused much controversy. It was modified on the way to inclusion in the legislation, and now includes FDA oversight on Farm Sales to Wholesale establishments.Read it here.