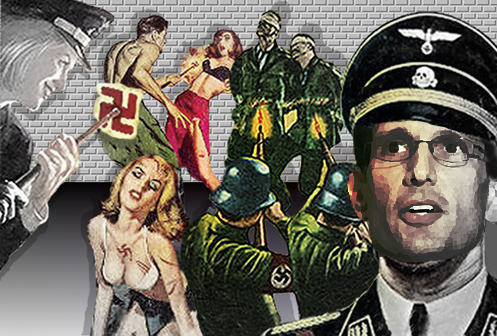 Listen to how many times Eric makes a point to say ‘work together’ in order for the London Banking system to keep most of an illegal/treasonous derivative bailout from the tax payers of the United States. This is exactly the basis why REAL CONSERVATIVES revolted against the Crown ~ remember 1776 Eric?

Covering The Illegal Banking Bailout With Bullshit!Like Were Supposed To Cut Our Own Throats For Rothschild Fascism.

OK, let’s try to connect the dots here, shall we?Republican House WhipEric Cantor, who is a Teutonic Zionist, was asked why America’s Jewish community is so overwhelmingly Democratic.Cantor’s REPLY: Because Jews “are prone to want to help the underdog.”Conclusion: Cantor sees Democrats as champions of the underdog.But, of course, he’s a Republican.Strange.

One of Cantor’s federal election filings, recorded at campaignmoney.com, shows he received 146 contributions from New York donors. Contrast that to only 36 donations from New York that went to Cantor’s ostensible senior partner in the Republican takeover of the House, Boehner, who has been a top-ranking GOP congressional figure for more than a few years. Yet, even Boehner cannot rival Cantor in the number of out-of-state or country cash contributions.

A brief sampling of Cantor’s contributors from New York State alone demonstrate the real clout—and the big names—who are bankrolling him:

All Below Are Teutonic Zionists: 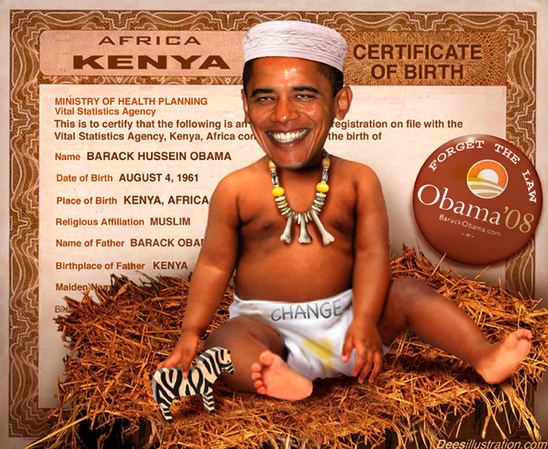 Representative Eric Cantor Did Not Validate Obama: But States He Is A True Blue ‘birth believer’ In Obama.

House Majority Leader Eric Cantor says he believes Obama is a citizen and that most Americans are beyond that question.“I don’t think it’s an issue that we need to address at all. . It is not an issue that even needs to be on the policy-making table right now whatsoever,” he said.Valley News Live

“Republicans, on the contrary, are for both the man and the dollar; but in cases of conflict, the man before the dollar.” 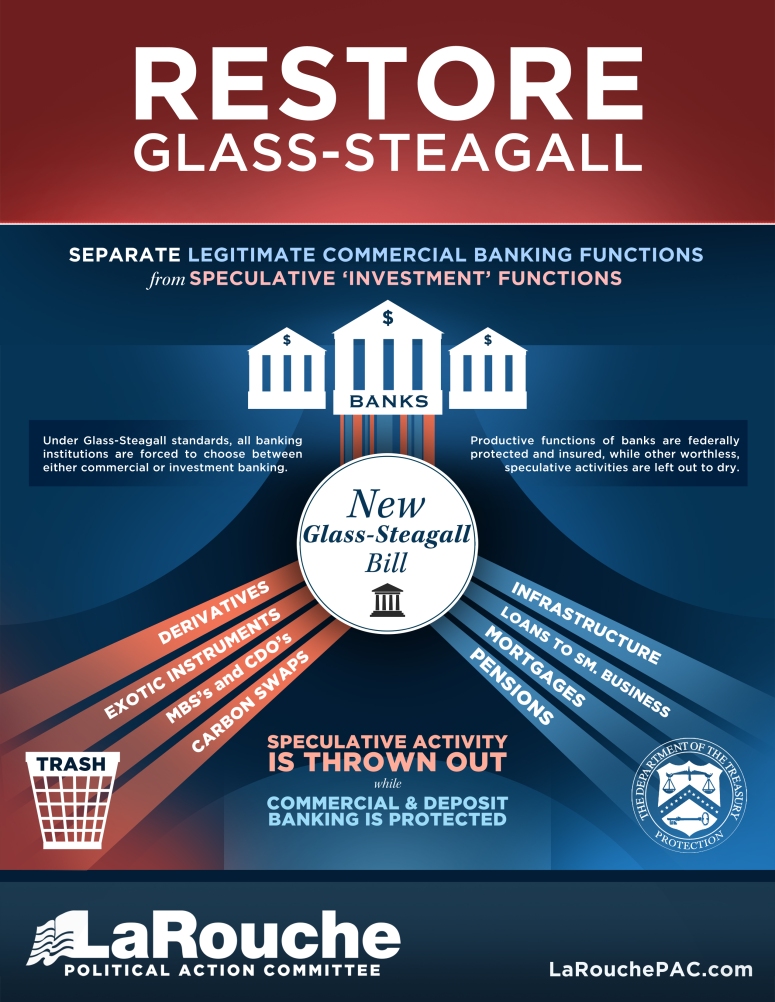 Rep. Eric Cantor (R-Va.) is one of the very few members of Congress who has some of the richest and most powerful people in the world bankrolling his political endeavors. That—along with Cantor’s peculiar fund-raising prowess—is another reason why many now perceive the soon-to-be House Republican majority leader as the real “big man” in the House GOP caucus, eclipsing even Speaker-to-be John Boehner.

Wags say that Cantor will be “the Cantor of the House”—which is a play on Cantor’s Jewish family name. A “cantor” is the individual in a synagogue who leads the chants and prayers along with the rabbi—a major religious role.

So the fact that billionaires in the global financial plutocracy—all intimately tied to the London-based Rothschild family—are underwriting Cantor’s career is a point that cannot be taken lightly. Here’s the exclusive story from AMERICAN FREE PRESS.

The up-and-coming young congressman—a deeply religious Orthodox Jew devoted to the Talmud, the controversial rabbinic teachings foundational to the Jewish faith—is unique among House members: While most members rely on campaign contributions mainly from their own congressional districts, Cantor has an unusually expansive array of contributions pouring in from across the country.

A journalist specializing in media critique, Michael Collins Piper is the author of  The High Priests of War, The New Jerusalem,Dirty Secrets, The Judas Goats, The Golem, Target Traficant and My First Days in the White House All are available from AFP.

ERIC DO NOT BETRAY YOUR PEOPLE OF ABRAHAM AND THE UNITED STATES CONSTITUTION!

WHAT GOES AROUND COMES AROUND ~ IS OBAMA LETTING THE RINOS DO THE WAR?

Rep. Eric Cantor (R-Va.) told Israeli Prime Minister Benjamin Netanyahu on Wednesday during a meeting in New York that the new GOP majority in the House will “serve as a check” on the Obama administration, a statement unusual for its blunt disagreement with U.S. policy delivered directly to a foreign leader.

“Eric stressed that the new Republican majority will serve as a check on the Administration and what has been, up until this point, one party rule in Washington,” read a statement from Cantor’s office on the one-on-one meeting. “He made clear that the Republican majority understands the special relationship between Israel and the United States, and that the security of each nation is reliant upon the other.”

There are growing signs that Eric Cantor’s act last week may be a violation of the Logan Act “which makes it a felony for any American ‘without authority of the United States’ to communicate with a foreign government to influence that government’s behavior on any disputes with the United States.”

One of the reasons this is clear is because Cantor himself tried to accuse Nancy Pelosi of violating the Logan Act for having merely met with the head of Syria. Imagine if Rep. Pelosi had told Syria to ignore Jr. Imagine if John Kerry had gone to France and told them they were doing the right thing to ignore Jr.

So, when do we get to try Cantor?

They just want to play politics with the issue without actually doing anything.

Well, it is official.

Eric Cantor and John Boehner — particularly Eric Cantor — have decided they don’t need or want conservatives and, more troubling, do not have any intention of trying to win at the polls by forcing Democrat hands on Obamacare.

Our leadership is behaving badly.

Last week and on Monday I mentioned Rep. Steve King’s effort to repeal Obamacare and start over. He’s filed a discharge petition. If he gets 218 signatures, Nancy Pelosi must hold a vote.

At the time, I was hearing that Eric Cantor was desperate to undermine Steve King’s efforts and, sure enough, he’s trying. Worse, he has John Boehner helping him.

King’s legislative effort would repeal Obamacare and start over. In effect, all those Democrats who have been saying they too want to start over get a “put up or shut up” moment by signing the King discharge petition.

Today, Eric Cantor and John Boehner are announcing that they’ll sign King’s discharge petition, but they’re also going to go with one by Congressman Wally Herger that would repeal Obamacare and replace it with a Republican alternative.

Notice that Cantor and Boehner were absolutely silent on Rep. King’s efforts until they had Wally Herger’s discharge petition ready to go. Why? Because they want to bully Republican House members into signing the Herger petition and undercut the repeal effort with a “replace and replace with lame legislation” effort. In effect, this undercuts a unified repeal effort and muddies the waters.

This is a direct confrontation by the House GOP leadership with conservatives and with Heritage Action for America, the Heritage Foundation’s spin off 501(c)(4) group.

It is also stupid for a number of reasons:

Tea Party activists and others should pay attention here: Eric Cantor and John Boehner are implementing a strategy that makes it look like they are on your side, but are in fact stabbing you in the back.

Cantor and Boehner are spinning this as a good thing. But it is not. It muddies the water and gives Democrats an escape from being forced to take action.

Any Republican who signs on to the Herger discharge petition should be driven from office for betraying the “repeal” cause. This does nothing but provide cover to people who don’t really want to repeal Obamacare, just nibble at the edges.

And should the GOP take back Congress in November, we should remember this betrayal and the lies that go with it.

We Are Keeping Score On Those Who Violate Our Constitution. Like Honduras ~