One of the best ways to get elected county sheriff these days is to campaign against the encroachments by the federal government on basic rights guaranteed by the U.S. Constitution. And then, to act on your campaign agenda…well, that could win you an award.

A good number of the 125 or so sheriffs attending the first convention of the Constitutional Sheriffs and Peace Officers Association (CSPOA) in Las Vegas over the last couple of days (together with another approximately 100 other enforcement personnel), appear to have been elected in just the last year or two. One of the most heartwarming stories by a recently elected official came from Sheriff Brad Rogers of Elkhart County in Indiana. If you’ll recall, he was featured on this blog in December standing up for one of his farmer constituents, raw dairy farmer David Hochstetler, who was being subpoenaed to appear before a federal grand jury exploring felony charges in connection with his distribution of raw milk.

Sheriff Brad Rogers of Elkhart County, Indiana, holds his award for “Meritorious Valor”.Rogers was one of about a dozen speakers at the Sheriffs Convention, and he was interrupted several times by enthusiastic applause from the approximately 225 law enforcement personnel as he recounted the story of how he stood up against the feds on behalf of Hochstetler.  He explained that he was elected sheriff of Elkhart County in 2010 “by a wide margin…I ran on the basis of protecting the Constitution.”

He recalled, “On December 1, I received a call from an Amish farmer in my county. He said, ‘I’m having a problem with the federal government.’ He told me how the FDA (U.S. Food and Drug Administration) had been to his farm several times in 2011 alone. I went to see him. I could see it was a clean operation. The problem for the federal government was that he was selling raw milk to cooperatives in Illinois and Michigan. After the third or fourth time the FDA was there, he was subpoenaed before a federal grand jury in Detroit.”

As Rogers recalled it, “I told Mr. Hochstetler, ‘I will protect you in Elkhart County. I can’t protect you in Detroit.’ I asked him, ‘Are you ready for some sparks to fly?’ He said he was.”

Next, said Rogers, “I sent an email to the Justice Department trial attorney…I said, ‘If you come back to this farm without a search warrant signed by a trial judge, I will have you removed for trespassing.’”

The audience interrupted Roger with wild applause. “Well, he didn’t take to that too well. He said the federal government has precedence based on the Supremacy Clause. I told him the federal government is supreme if it has to do with the Constitution.” This is true in just 3 narrowly allowed cases, otherwise States are supreme in all issues.

Individual Sovereign States Predominately Reigns Supreme Over General Government When It Comes To The Constitution. 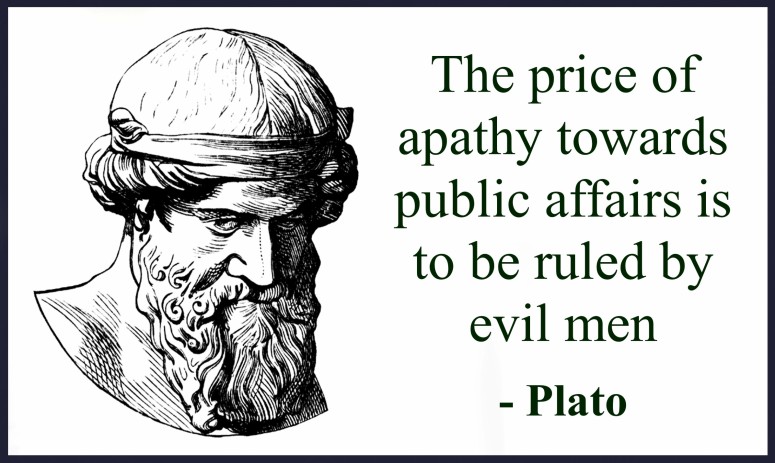 All that happened on a Friday, Rogers told his audience. “On Tuesday, Mr. Hochstetler received a certified letter that the Department of Justice had withdrawn the subpoena.”

The crowd interrupted Rogers again, with even louder applause. “I want to protect citizens like Hochstetler,” said Rogers. “That stuff is not going to happen in my county.”

Another burst of applause as Rogers concluded his talk. Afterwards, he told me he had received about 1,000 emails after my blog post of early December. All except one of the emails congratulated him or otherwise encouraged him to continue helping Hochstetler. “We’ll never know if it was my letters that led to the withdrawal of the subpoena.” Surely they didn’t hurt.

The “Interposer” award presented to Sheriff Brad Rogers.Later Monday evening, Rogers was one of about 50 sheriffs who dropped in on “A Complimentary Tasting of Fresh Farm Foods” hosted by the Farm Food Freedom Coalition, the organization that has spawned the Raw Milk Freedom Riders, and was a sponsor of the sheriffs convention. The foods included fresh cheeses and sausages sent in by Wisconsin dairy farmer Vernon Hershberger, along with raw milk ice cream painstakingly made by Sea J Jones, a former Rawesome Food Club volunteer (using out-of-state cream).

In walked Rogers, proudly holding an award he had received at the convention banquet that had just ended. The inscribed laminate under his name read: “CSPOA Interposer: For Meritorious Valor for Interposing Himself on Behalf of His Citizens”.  He had received the award because of his efforts to protect Hochstetler.

The award was in keeping with the entire tone of the convention. According to Richard Mack, the former Arizona sheriff who organized the event, “This is about America. It is about whether we are going to preserve our Constitution.” In describing the inaugural sheriffs convention, he added, “It is not a call to arms, or violence, or insurrection. There is nothing subversive here. Quite the opposite.”

The subject of raw milk came up a number of times. Michael Badnarik, the 2004 Libertarian candidate for president, gave an hour-long overview of the Bill of Rights. In describing the Ninth and Tenth Amendments, which provide latitude in reserving powers to states over the federal government, he noted, “The government is trying to put Amish farmers out of business for producing raw milk…I own my body” and decide what to feed it.

Memories of Las Vegas A preview clip of Kristin Canty’s, “Farmageddon”, was shown to the attendees, and each one took home a DVD of the full documentary.

A sheriff from California told me he has been asked for help from herdshare operators in his county, who have received cease-and-desist orders from the California Department of Food and Agriculture. “I am in the process of drafting a letter to the CDFA that they are not to come into my county and interfere with herdshares.”

Of course, interference in raw dairy wasn’t the only federal-local thorn the sheriffs complained about. They described federal efforts to close off roads in public lands. An Oregon sheriff said he has seen an increasing number of complaints from people using the public lands. “They say Forest Service people are pointing guns at them.” The U.S. Forest Service “has been told the road closures are illegal…there is a huge mistrust of our federal government.”

Other complaints concerned over-aggressiveness on the part of the U.S. Immigration Service and the Environmental Protection Agency. One sheriff told the audience that in addition to the legislative, executive, and judiciary branches of government, “We have a fourth branch of government, the bureaucratic branch.”

What impressed me about the conference was the positive energy and spirit. The sheriffs are obviously concerned about the erosions of our rights, but they also generally feel it is not too late to restore a semblance of balance.

After the full day of talks and discussions on Monday, nearly all the sheriffs I spoke with not only felt the gathering had been worthwhile, but want to see a repeat next year. My prediction: It will be much bigger next year. This year, it drew about 3% of the nation’s more than 3,300 sheriffs; I wouldn’t be surprised if, after the sheriffs who attended get home and talk it up, perhaps 6% or more of the nation’s sheriffs will be at next year’s event.