Hamas grew out of the Muslim Brotherhood, a religious and political organization founded in Egypt with branches throughout the Arab world.

It is therefore ordered that the District Clerk for the Northern District of Texas shall file and seal the Amicus Curaie Brief of the Council on American-Islamic Relations in Support of the Unindicted Co-Conspirators’ First and Fifth Amendment Rights, which has been decided herein. The Clerk shall also seal Attachment A to the Government’s Trial Brief, filed May 29, 2007 [Docket No. 656]. It is also ordered that all pleadings, records, documents, orders and other papers concerning (1) CAIR’s Amicus Brief, (2) CAIR’s Motion for Leave to file Amicus Brief, and (3) ISNA’s and NAIT’s Motion [Docket Nos. 777, 778, 797, 799, 850, 851] including this Order be sealed. All these documents shall be kept sealed until further order of this Court.

In Pakistan the Muslim Brotherhood in the form of the Jamaat-e Islami supported the overthrow of Prime Minister Zulfikar Ali Bhutto by General Zia ul-Haq. Bhutto was hated by the British globalists  for withdrawing Pakistan from the British Commonwealth, for implementing nationalistic policies, for leaning towards the Soviets and for seeking to develop nuclear energy.

Biden To Pakistan: Its Official: Pakistan Passes Law Allowing Assassination Of Anyone Who “insults” Muhammad ~ Who BTW, Was Poisoned To Death In 610 A.D. For Murdering A Jewish Woman’s Family.

Hamas is a U.S. State Department-designated terrorist organization that professes to be a “Nation of Jihad”.1, 2

CAIR is a front organization of Hamas.3

At least 54 Members of Congress are aiding, working with, taking money from and/or acting as a front for CAIR (i.e., Hamas, i.e., a U.S. State Department-designated terrorist organization).4

Barack Obama and his Administration have close ties with Islamic radicals, CAIR, terrorists and terrorist organizations and they have implemented an agenda that supports terrorism.10, 11

The publicly available evidence is abundant, clear as glass and cannot be ignored by any rational person. 54 Congressmen, Obama and Hillary are aiding terrorists and should be immediately arrested.

Okay, America, it’s time for us to force our government to drop its charade.  We have terrorists, communists, socialists and criminals running our country and driving it into the dirt.12 Now we have clear and sufficient evidence to demand a historic investigation of these criminal elements.

If the new House of Representatives does not immediately investigate, prosecute, impeach and/or jail these people for crimes, then America must assume that Republicans are active members of a now openly visible, terrorist Mafia organization that cannot be trusted to run the USA in the interest of law-abiding citizens.  In fact, if the GOP House does not take immediate action on this terrorist issue, logic would dictate to any reasonable person that terrorists have captured our government and that citizens must act immediately to protect themselves and their country from further harm or potential death.

You don’t want to live in a terrorist country, do you? Send this article to your Congressman today and tell that anything short of IMMEDIATE public investigations and/or arrests beginning on January 5, 2011 is not an acceptable response. Spread the word to your family and friends! ENOUGH IS ENOUGH! 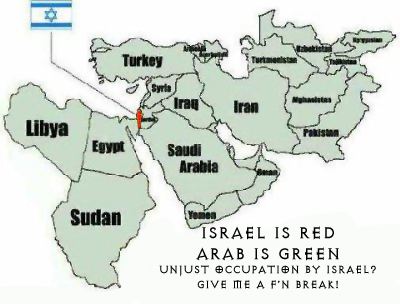 The crime of betraying one’s country, esp. by attempting to kill the sovereign (We The People) ~ oroverthrow the government : they were convicted of treason.• the action of betraying someone or something : doubt is the ultimate treason againstfaith.

treason noun the treason of Benedict Arnold will be recounted for centuries: 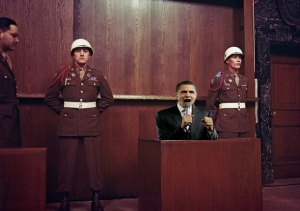 Hate speech?  Incitement to violence?  Sounds like it to us, but a knowledgeable Muslim would have to disagree. Why would Muslims not consider this to be hate speech?  How is it that we can post these quotes with full certainty that CAIR won’t be contacting the media (or Congress) with wild-eyed accusations of Islamophobia? Well, for one thing, we don’t actually agree with any of these disgusting statements, of course.  But the real reason is that Muslims themselves honestly believe these quotes to be the literal, eternal word of Allah.

In fact, CAIR is promoting this hate speech on their own website! It isactively propagating the very literature that contains these comments, even while sanctimoniously claiming that it is working against hate and violence. But… isn’t CAIR a Muslim organization?  What’s the catch? Well, if you haven’t guessed it already, these are quotes from the Qur’an in which we’ve replaced the word ‘Christian’, ‘Jew’ or ‘unbeliever’ with the word ‘Muslim.’ Here is how they actually appear in the literature that groups like CAIR are pushing: