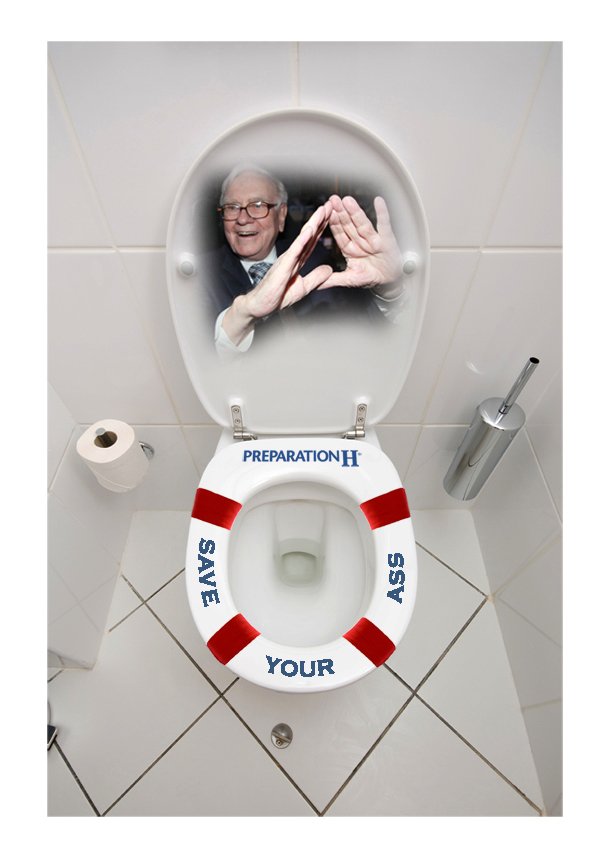 To illustrate the extent to which government intervention privileges the super rich at the expense of everyone else, I will examine Warren Buffett’s stock portfolio and expose how his wealth stems from violence, coercion, imperialism, and statism.

According to http://warren-buffett-portfolio.com/, the #1 corporation in Warren Buffet’s stock portfolio is Coca Cola.  Coca Cola has an abysmal human rights record, most noteworthy thanks to its colorful history of repressing labor organizing.  According to an article by Jeremy Rayner for the John F. Henning Center for International Labor Relations:

There is mounting evidence that American companies are complicit in the persecution of trade unionists at their Colombian operations. In the case of the Coca-Cola bottling plant in Carepa, where Isídro Segundo Gil was murdered, the union Sinaltrainal argues that Coca-Cola knowingly stood by and allowed the plant’s manager to bring in paramilitaries to destroy the union.

The workers at the Carepa plant had been asking both Coca-Cola and its bottler, Bebidas y Alimentos, to intervene on their behalf two months before Isídro Segundo Gil’s murder. The plant manager, Ariosto Milan Mosquera had announced publicly that he had asked the paramilitaries to destroy the union.

His declaration had been followed by a series of death threats from the paramilitaries, which had prompted the union to send letters to both Coca-Cola and Bebidas y Alimentos asking that they intervene to secure their workers’ safety. And this was not the first time that threats against workers had been carried out. Just two years before, in 1994, the paramilitaries had killed two trade unionists at the same plant. It should have surprised no one when two and a half months after the union’s plea for help, Isídro Segundo Gil was murdered and the union busted.

Unionists have also been assassinated at other Coca-Cola bottling plants in Colombia, both before and after the incident at Carepa. One unionist, José Avelino Chicano, was killed at a Coca-Cola plant in Pasto in 1989.

In 2002, despite the limited publicity surrounding the events at Carepa, a union leader named Oscar Dario Soto Polo was killed during the course of contract negotiations at the plant in Bucaramanga. Despite the remarkable courage and perseverance of Colombia’s labor activists, the campaign of intimidation has necessarily taken its toll on worker organizing.

The president of Sinaltrainal, Javier Correa, reported last year that the number of unionized workers at Coca-Cola plants had dropped by more than two thirds since 1993-from 1,300 workers to only 450.

Such campaigns of violent intimidation have been aided and abetted by US tax dollars.  Many of those involved with these anti-union campaigns of violence were graduates of the Defense Department’s infamous School of the Americas.  The right wing paramilitaries which regularly slaughter labor organizers are closely connected to the Colombian military, which receives huge amounts of aid from the US government so as to fight the drug war as well as a dirty war against the anti-capitalist Revolutionary Armed Forces of Colombia (FARC). Thus, even if Warren Buffett were to pay more in taxes, at least some of that money would go to violence against labor organizers.

In addition to brutality in Colombia, Coca Cola has been implicated in violence and intimidation against unionists in Guatemala. These and other Coca Cola human rights violations are profiled in detail at http://killercoke.org/. Watch the movie trailer

If Buffett really wants to “get serious about shared sacrifice,” he should sacrifice the profits he has gained through the corrupt tactics of Coca Cola and use some of his immense wealth to help the Coca Cola workers suffering throughout the globe thanks to those tactics.  He should also repudiate the US government’s military aid and imperialist intervention in countries like Colombia.

These shares combined are valued at more than $120 million

Companies such as the Geo Group and CCA do not earn their money by providing goods or services to customers.  Rather, they make their money solely from the government, and solely for locking human beings in cages, mostly for non-violent offenses.  Further, these companies actively lobby for unjust laws, largely using the American Legislative Exchange Council (ALEC), a corporatist conservative political group.  As Bob Elk and Mike Sloan wrote in a recent article for The Nation:

ALEC helped pioneer some of the toughest sentencing laws on the books today, like mandatory minimums for non-violent drug offenders, “three strikes” laws, and “truth in sentencing” laws.

In 1995 alone, ALEC’s Truth in Sentencing Act was signed into law in twenty-five states. (Then State Rep. Scott Walker was an ALEC member when he sponsored Wisconsin’s truth-in-sentencing laws and, according to PR Watch, used its statistics to make the case for the law.) More recently, ALEC has proposed innovative “solutions” to the overcrowding it helped create, such as privatizing the parole process through “the proven success of the private bail bond industry,” as it recommended in 2007. (The American Bail Coalition is an executive member of ALEC’s Public Safety and Elections Task Force.)

These laws increase the number of peaceful people locked in cages, as well as the lengths of their sentences.  Those they lock up are almost without exception members of the working class, and they are disproportionately people of color.

If Warren Buffett were to pay more in taxes, at least some of those taxes would go to the prison industrial complex and then head straight back to Warren Buffett’s unfathomably large bank account.

Never does the government “coddle the super rich” more than in times of war.  In war, poor and working people are sent to fight and die in a foreign land.   They are sent to kill the populations of poor countries, and those killed disproportionately represent the country’s working class.

Meanwhile, corporate executives and investors profit heavily by selling the weapons, vehicles, and other devices used to murder poor people in a distant land.   It should not surprise you to learn that Warren Buffett is among the investors profiting off of the American military industrial complex.

According to http://warren-buffett-portfolio.com/, Buffett owns 7.8 million shares of General Electric stock.   GE produces a wide variety of products, and their war profiteering portfolio is no less diverse.  General Electric has sold the US military aircraft, missiles, bombs, and battlefield computer systems, to name a few.  Further, GE has been charged multiple times with defrauding the US government in relation to their defense contracts.

Warren Buffett also owns 34.2 million shares in ConocoPhilips and 0.4 million shares in Exxon Mobil, both of which are oil companies which have profited from the invasion of Iraq.  Earlier this year Buffett seriously considered investing in General Dynamics, a company which earns all of its revenue through military contracts.

An increase in Warren Buffett’s tax burden would not change this dynamic in the slightest.  Indeed, the bulk of tax dollars go to so called “defense spending,” which amounts to nothing more than blood stained subsidies to these and other military industrial complex corporations.

Monsanto and the Patent Monopoly

CNN Money reported in 2010 that Warren Buffett owned stock in Monsanto.  Monsanto is a controversial agribusiness and biotechnology firm, best known for developing genetically modified organism (GMO) crops. For this reason, they have been strongly opposed by many environmental groups.  The impact of GMO crops is a topic for scientific debate which I will not discuss here.  However, it is incredibly noteworthy that Monsanto has enlisted patent law to crush small producers, in a dramatic illustration of the ”patent monopoly“ long written about by individualist anarchists such as Benjamin Tucker.

Monsanto’s genetically modified seeds are all patented, granting the company monopoly privileges and the ability to use state violence to harass any farmers who save seeds, or even those whose fields are cross pollinated by Monsanto’s GMO crops.

Monsanto has filed over 100 patent lawsuits against farmers.  One, Kem Ralph, has had to pay $3 million dollars and serve prison time, simply for saving seeds, a common agricultural practice.   Such aggressive tactics from Monsanto have prompted a group of farmers represented by the Public Patent Foundation to fight back:

On behalf of 22 agricultural organisations, 12 seed businesses and 26 farms and farmers, the Public Patent Foundation (PUBPAT) is suing the biotech company in the federal district court in Manhattan and assigned to Judge Naomi Buchwald.

The organic plaintiffs had to pre-emptively protect themselves from potential patent infringement in case of accidental contamination of their crops by genetically modified organisms (GMOs), said PUBPAT.

“This case asks whether Monsanto has the right to sue organic farmers for patent infringement if Monsanto’s transgenic seed should land on their property,” said Dan Ravicher, PUBPAT’s executive director and a law professor at Benjamin N. Cardozo School of Law in New York. PUBPAT is a non-profit legal services organisation based at Cardozo law school. Its stated mission is “to protect freedom in the patent system.”

“It seems quite perverse that an organic farmer contaminated by transgenic seed could be accused of patent infringement, but Monsanto has made such accusations before and is notorious for having sued hundreds of farmers for patent infringement, so we had to act to protect the interests of our clients,” he said in a press release.

Time to Fight Back in the Class War

Buffett was talking about the tax code, but that barely scratches the surface of the violent and rapacious class warfare the super-rich are waging against ordinary people. 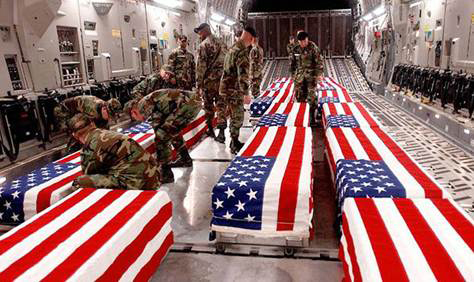 It becomes a bit difficult to make tax law your top priority when you realize that labor leaders are being murdered, unnecessary wars are being fought, peaceful people are put in prison, and farmers are coerced into bankruptcy, all for the sake of corporate profits.  Changes to the tax code will never fix that.  So what will?

Every problem I have identified here stems from the same source: Unaccountable centralized power.

When a centralized state is granted the power to wage war, its killings are presumed to be “policy” rather than crimes, and corporations can influence state policy, wars for profit are the inevitable result.

When a centralized state is given the power to lock up peaceful people in cages, it will.  When businesses are owned and controlled by a few wealthy investors and CEO’s rather than through workers’ self management, the workers will see their material conditions suffer and their free association under vicious assault. 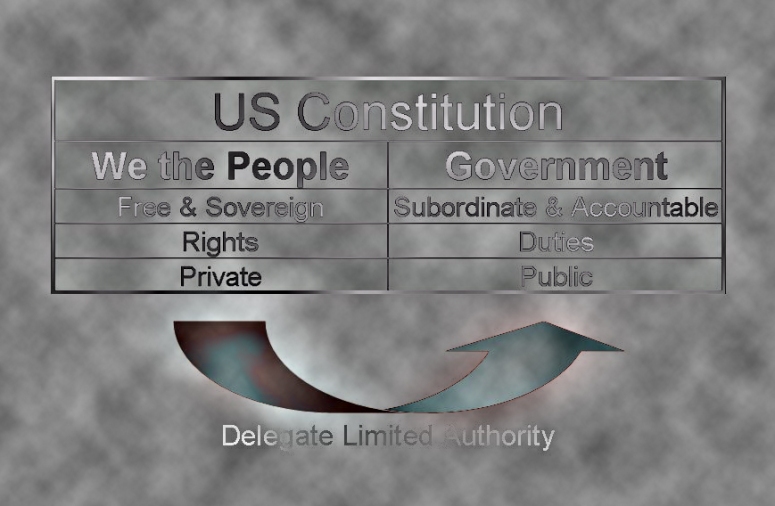 People should have control over their own lives, rather than seeing their most important decisions made from Washington, DC or some corporate board rooms.  It’s time to build a real resistance to coercive power and authority.

It’s time to resist wars and prisons, to stand up for workers, to build networks of mutual aid, to create grassroots alternatives to government programs and CRONIE capitalist corporations.

It’s time to build a new society in the shell of the old.

This is a message you won’t receive from Warren Buffett.

Surface changes to the tax code would give him a slightly more stable society with a happier population.  But he would still be able to profit from rapacious violence and coercion against poor and working people.  A real revolution, a society in which people organize from the bottom up and reject institutional violence, would be disastrous for Warren Buffett.  Because in a free society, billionaires like Buffett might have to learn to work for a living.