Special thanks to Michael C. Ruppert, Mark H. Gaffney, and Kevin Ryan for their dedicated research in bringing this information out of the shadowy black operations underworld from which it came. This video is a compilation of evidence they have uncovered.

“Inside Job” Documentary on the Financial “Crisis” of 2008
http://www.theotherschoolofeconomics….

“Crossing the Rubicon” – The Decline of American Empire at the end of the age of oil
http://www.fromthewilderness.com

Was 9/11 an Inside Job?
http://www.informationclearinghouse.i…

A guide to 9/11 Whistleblowers
http://www.corbettreport.com/articles…

The CIA’s forty-year complicity in the narcotics trade by Alfred W. McCOY
http://www.cob.sjsu.edu/facstaff/davi…

Executive Order 12333 created an agreement between the CIA and Justice Department (DEA) to look the other way on Government Drug Trafficking: http://www.fas.org/irp/offdocs/eo/eo-…

The agreement between LLNL and Savannah River can be found here – https://www.llnl.gov/str/News597.html

Savannah’s reference to developing sol-gels can be found here –http://srnl.doe.gov/mat_sci.htm

No Evidence That Al-Qaeda Carried Out The 9/11 Attacks!

“The explicit and declared motive of the [Afghanistan] war was to compel the Taliban to turn over to the United States, the people who they accused of having been involved in World Trade Center and Pentagon terrorist acts. The Taliban…they requested evidence…and the Bush administration refused to provide any,” the 81-year-old senior academic made the remarks on Press TV’s program a Simple Question.

The political analyst also said that nonexistence of such evidence was confirmed by FBI eight months later.

“The head of FBI, after the most intense international investigation in history, informed the press that the FBI believed that the plot may have been hatched in Afghanistan, but was probably implemented in the United Arab Emirates and Germany.”

Chomsky added that three weeks into the war, “a British officer announced that the US and Britain would continue bombing, until the people of Afghanistan overthrew the Taliban… That was later turned into the official justification for the war.”

“All of this was totally illegal. It was more, criminal,” Chomsky said.

President Bush has said he has evidence that Osama bin Laden was behind the attacks, so it would seem obvious that the FBI would include him and other suspects on its 10 most wanted fugitives Web page.

Bin Laden is listed, but only for the 1998 bombings of U.S. embassies in Tanzania and Kenya. There is no mention of the 1993 World Trade Center bombing or the attacks on the USS Cole in October 2000, both of which he is widely believed to have orchestrated. And forget about Sept. 11.

The reason? Fugitives on the list must be formally charged with a crime, and bin Laden is still only a suspect in the recent attacks in New York City and Washington.

“There’s going to be a considerable amount of time before anyone associated with the attacks is actually charged,” said Rex Tomb, who is head of the FBI’s chief fugitive publicity unit and helps decide which fugitives appear on the list. “To be charged with a crime, this means we have found evidence to confirm our suspicions, and a prosecutor has said we will pursue this case in court.”

Larry C. Johnson, a former CIA officer who was deputy director of the U.S. State Department Office of Counterterrorism from 1989 to 1993, said in a Sept. 12 interview conducted by Frontline that there is no concrete proof that bin Laden is responsible for the USS Cole and the 1993 WTC attacks, but bin Laden celebrates those attacks and associates himself with people who are responsible for it.

President Bush promises to reveal evidence linking bin Laden to the suicide hijackers who attacked the World Trade Center and the Pentagon. Bin Laden has applauded the attacks but denies direct involvement.

As I wrote last December:

President Obama said Tuesday night as justification for the surge in troops in Afghanistan:

Al Qaeda’s base of operations was in Afghanistan, where they were harbored by the Taliban”, who refused to turn over Osama bin Laden.

On October 14, 2001, the Taliban offered to hand over Osama bin Laden to a neutral country if the US halted bombing if the Taliban were given evidence of Bin Laden’s involvement in 9/11.

Specifically, as the Guardian writes:

Returning to the White House after a weekend at Camp David, the president said the bombing would not stop, unless the ruling Taliban “turn [bin Laden] over, turn his cohorts over, turn any hostages they hold over.” He added, “There’s no need to discuss innocence or guilt. We know he’s guilty” …

Afghanistan’s deputy prime minister, Haji Abdul Kabir, told reporters that the Taliban would require evidence that Bin Laden was behind the September 11 terrorist attacks in the US.

“If the Taliban is given evidence that Osama bin Laden is involved” and the bombing campaign stopped, “we would be ready to hand him over to a third country”, Mr Kabir added.

However, as the Guardian subsequently points out:

A senior Taliban minister has offered a last-minute deal to hand over Osama bin Laden during a secret visit to Islamabad, senior sources in Pakistan told the Guardian last night.

For the first time, the Taliban offered to hand over Bin Laden for trial in a country other than the US without asking to see evidence first in return for a halt to the bombing, a source close to Pakistan’s military leadership said.

And yet … the U.S. turned down the offer and instead prosecuted war.

And in 2006, FBI agent Rex Tomb told reporter Ed Haas that the FBI still did not have enough evidence:

The reason why 9/11 is not mentioned on Usama Bin Laden’s Most Wanted page is because the FBI has no hard evidence connecting Bin Laden to 9/11.

As have many prominent old-fashioned conservatives. And the 9/11 Commissioners themselves. See this. 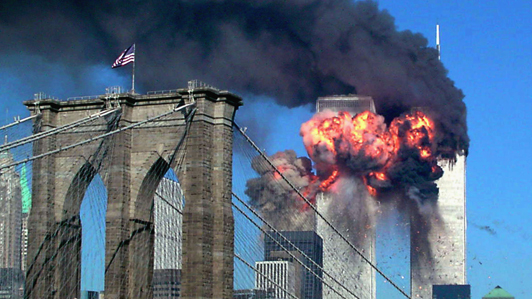