Late on Friday afternoon, the Spanish government revealed that the cost of bailing out the Bankia bank, which was nationalized on May 9, will now cost Spanish taxpayers nearly 24 billion euro—and rising. Many other Spanish banks are facing imminent collapse or bailout; the autonomous Spanish regions, with gigantic debts of their own, are all now bankrupt and desperate for their own bailout. Over the last week, Spanish and foreign depositors have been pulling their money out of the weakest Spanish banks in a panic, in a repeat of the capital flight out of the Greek banks months ago.

The situations in Greece, Italy, Portugal, and Ireland are equally on the edge of total disintegration—and the exposure of the big Wall Street banks to this European disintegration is so enormous that there is no portion of the trans-Atlantic system that is exempt from the sudden, crushing reality of this collapse.

Whether or not the system holds together for a few days or weeks more, or whether it literally goes into total meltdown in the coming hours, the moment of truth has arrived, when all options to hold the current system together have run out.

Today, in response to this immediate crisis, American political economist Lyndon LaRouche issued a clarion call to action. Referring to the overall trans-Atlantic financial bubble, in light of the Spanish debt explosion of the past 48 hours, LaRouche pinpointed its significance as follows:

“And now, you have Spain, and Portugal implicitly, and the situation in Greece. Italy’s going to go in the same direction. So the present system, which Obama’s trying to sustain, in his own peculiar way, is not going to work. There’s no hope for the system. Nor is there any hope for the U.S. system in its present form. The remedies, the problems, are somewhat different between Europe and the United States, but the nature of the disease is the same. They both have the same disease: It’s called the British disease. It’s hyperinflation.

“So, now you’re in a situation where the only way you can avoid a rate of hyperinflation beyond the rate of hyper-collapse is Glass-Steagall, or the equivalent. You have to save something, you have to save the essentials. Well, the essentials are: You take all the things that go into the bailout category, and you cancel them. How do you cancel them? Very simple: Glass-Steagall. Anything that is not fungible in terms of Glass-Steagall categories doesn’t get paid! It doesn’t get unpaid either; it just doesn’t get paid. Because you remove these things from the categories of things that you’re responsible to pay. You’re not responsible to bail out gambling, you’re not responsible to pay out gambling debts.

“Now, the gambling debts are the hyperinflation. So now, we might as well say it: The United States, among other nations, is hopelessly bankrupt.

“But this is the situation! This is what reality is! And what happens, is the entire U.S. government operation is beyond reckoning. It is collapsing! And there’s only one thing you can do: The equivalent of Glass-Steagall: You take those accounts, which are accounts which are worthy, which are essential to society, you freeze the currencies, their prices, and no bailout. And you don’t pay anything that does not correspond to a real credit. It’s the only solution. The point has been reached—it’s here! You’re in a bottomless pit, very much like Germany 1923, Weimar. 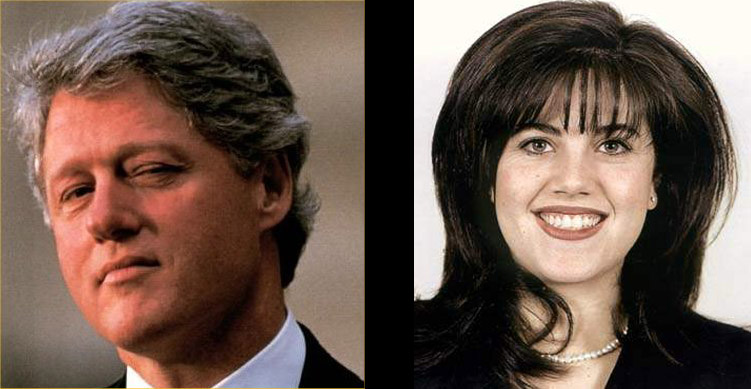 “And in any kind of hyperinflation, this is something you come to. And there’s only one way to do it: Get rid of the bad debt! It’s going to have to happen.

“The entire world system is in a crisis. It’s a general breakdown crisis which is centered in the trans-Atlantic community. That’s where the center of the crisis is. So, in the United States, we’re on the verge of a breakdown, a blowout; it can happen at any time. When will it happen, we don’t know, because we’ve seen this kind of thing before, as in 1923 Germany, November-December 1923, this was the situation. And it went on after that, but it’s a breakdown crisis. And that’s it.

“Those who thought there could be a bailout, or they had some recipe that things were going to be fine, that things would be manageable, that’s all gone! You’re now relieved of that great burden. You need have no anxiety about the U.S. dollar. Why worry about it? Either it’s dead or it’s not! And the only way it’s not going to be dead, is by an end of bailout. That’s the situation.

“We don’t know exactly where the breakdown point comes. But it’s coming, because we’re already in a system in which the rate of breakdown is greater than the rate of any bailout possible! And there’s only one way you can do that: Cancel a whole category of obligations! Those that don’t fit the Glass-Steagall standard, or the equivalent of Glass-Steagall standard: Cancel it, immediately! We don’t pay anything on gambling debts. Present us something that’s not a gambling debt, and we may be able to deal with that.”

LaRouche concluded with a stark warning:

“If you think that this system is going to continue, and you can find some way to get out of this problem, you can not get out of this problem, because you are the problem! Your failure to do Glass-Steagall, is the problem. And it’s your failure! Don’t blame somebody else: If you didn’t force through Glass-Steagall, it’s your fault, and it continues to be your fault! It’s your mistake, which is continuing!

LaRouche PAC Organizing for Glass-Steagall
HR1489 is current legislation in the US Congress.

“But that’s where we are! It’s exactly the situation we face now, and there’s no other discussion that really means much, until we can decide to end the bailout, and to absolutely cancel all illegitimate debt—that is, bailout debt!