A joint development bank planned by the BRICS group of major emerging economies will be officially launched in South Africa early 2013.

Angela Merkel, Chancellor of Germany was wondering in her last visit to Beijing: should Germany join Brics countries to stay away from the Rothschild euro-zone?

The G5′s new fake dollars and Euros are not being accepted as legal tender outside the G5 (US, UK, Germany, France and Italy).

These computer-generated “Quantitative Easing” screen-numbers, conjured-up by élite keyboards at the US Fed and the European Central Bank, are being blocked on the instructions of the 147-nation Monaco Colloquium Group led by the BRICS (Brazil, Russia, India, China and South Africa).

What is being blocked here are escalating US and EU Ponzi money issuances which fall outside the permissions settled within the BIS International Regulatory Framework for Banks (Basel III accords).

Both the US and the EU have been cooking their visible debt books by cross firing debt to each other.

A cross-firing scam is one where a sovereign nation or a major international bank attempts to conceal from auditors and rating agencies the fact that it is insolvent.

A cross-firing scam is often difficult for auditors and analysts to track due to the sheer number of changing transactions constantly flowing between the various components of the business and its external co-conspirators.

The Monaco Colloquium Group is also refusing to purchase any more G5 bonds or financial products. The Chinese $47 trillion Lien in operation against the US Treasury and the US Federal Reserve Board remains in place.

When Western capitalism finally collapses under the weight of its ownflesh-eating debt mathematics, and the long-planned democratic régime changes in the G5 nations take place, new gold-backed currencies will come on stream and universal debt forgiveness will be announced.

The attempt by G5 NATO-backed mercenary militias in “The Syrian Civil War” to start a Middle East conflagration which draws in Iran, Israel and Russia will fail. Designed as a Libyan-style destabilisation and media-distraction, Russia, China and Turkey will prevent this fin de siècle NATO war-mongering. 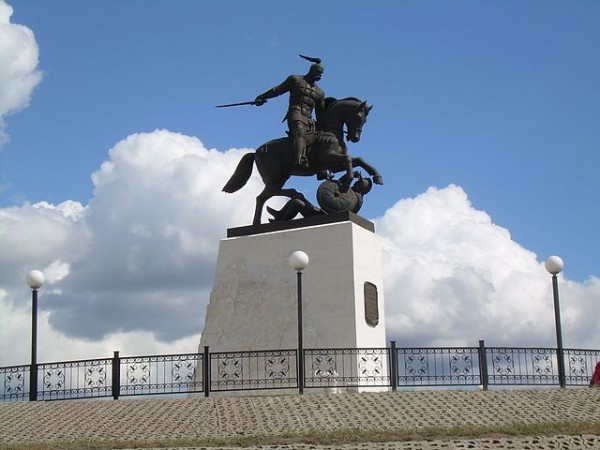 Duke Rusov Militia — Sviatoslav Brave kind of Rurik
On this day 3 July 964 AD, now and forever, we — Russia, will celebrate the Day of Victory over the Jewish Khazars. Who are now better known as secular zionists.
This victory made it possible for the very survival of the physical survival and the Russian people.