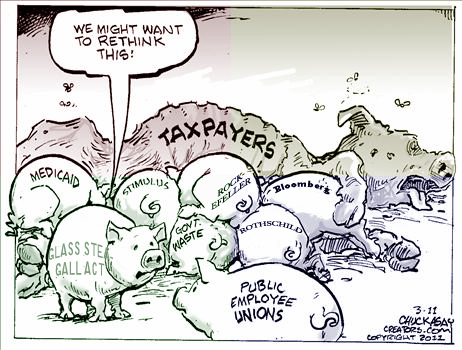 The economy should work for Americans, not just Wall Street CEOs

Rep. Marcy Kaptur is a Democrat from Ohio.

After Wall Street’s 2008 economic collapse led to the Great Recession, it has become evident that to move forward, we must return to the past to ensure a safe, viable financial system for a 21st-century American economy. We must reinstate the Glass-Steagall Act of 1933.

Glass-Steagall is not a one-size-fits-all cure for the ills of the financial sector, but it is exactly the type of reform that Congress must implement against the pleas of Wall Street executives. This is why I have introduced H.R. 1489, the Return to Prudent Banking Act of 2011, which would reinstate Glass-Steagall’s separation between commercial banking and the securities business.

From 1933 until 1999, American financial institutions were barred from acting as any combination of a commercial bank, investment bank, or insurance company. The American financial system was built on confidence and fairness, and it allowed for access to capital, protected consumer accounts, and paid depositors and investors a decent return. From 1933 until 1999, Gross Domestic Product grew from $56.4 billion (in current dollars, according to the U.S. Bureau of Economic Analysis) to $9.3 trillion in 1999.

However, as Wall Street gained political and economic influence, Congress passed the Gramm-Leach-Bliley Act, which effectively removed the banking barriers and safeguards that had been in place for more than six decades. We were told by Wall Street and its supporters that banks were “hamstrung by outdated restrictions of the 1930s.” I was one of 57 members of the U.S. House of Representatives who would vote against Gramm-Leach-Bliley. As the anti-regulation movement won the day, this legislation was a clear signal that Wall Street was in charge. Banks grew larger and riskier, and American taxpayers were given the bill when the deregulated financial sector fell apart. 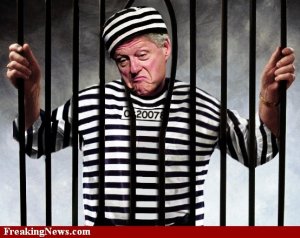 Bill Clinton in 1999 Repealed Franklin Roosevelt’s “Glass Steagall Act“. This allowed the Corporate Banks to create bubbles to the detriment of  ’The Middle Class’ using ‘derivative’ aka; unbacked mortgages.

In order to move forward, we must not build our financial system around the failed concepts of speculation and manipulation, but around the cornerstones that made it strong: confidence and fairness. Earlier this year, expert witnesses testifying before the House Financial Services Committee correctly stated that, “investor confidence in U.S. equity market structure is perhaps at its lowest point since the Great Depression,” and the public believes “that the stock market was ‘not generally fair’ to small investors.”

It should be no surprise that consumer confidence is low. The economy may be complex, but Americans understand that the Wall Street banks control an outsized portion of the economy, and that they have an outsized interest in their own profits.

People who share my views are rapidly growing in number. On July 25, 2012, Sandy Weill, the former chairman and CEO of Citigroup, in a major reversal, stated on CNBC: “What we should probably do is go and split up the investment banking from banking, have banks be deposit takers…have banks do something that’s not going to risk taxpayer dollars.”

While these statements came from the former CEO of a firm that was given $45 billion by taxpayers, his words should not be taken without due consideration, irony, and regret. The growing ranks of supporters wanting a return to a better-regulated Wall Street include 78 cosponsors of H.R. 1489. The time is now to implement smart reforms to protect the American economy as well as the American consumer.

Congress must act and reinstate Glass-Steagall so the public can be assured that the economy is working for them, not just for Wall Street’s CEOs.