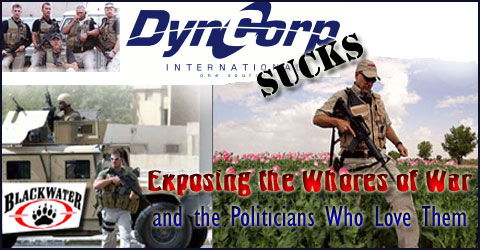 Many Americans know that the United States is not a Republic but a “corporatocracy,” in which we are ruled by a partnership of giant corporations, the extremely wealthy elite and corporate-collaborator government officials. However, the truth of such tyranny is not enough to set most of us free to take action. Too many of us have become pacified by corporatocracy-created institutions and culture.

Some activists insist that this political passivity problem is caused by Americans’ ignorance due to corporate media propaganda, and others claim that political passivity is caused by the inability to organize due to a lack of money. However, polls show that on the important issues of our day – from senseless wars, to Wall Street bailouts, to corporate tax-dodging, to health insurance rip-offs – the majority of Americans are not ignorant to the reality that they are being screwed. And American history is replete with organizational examples – from the Underground Railroad, to the Great Populist Revolt, to the Flint sit-down strike, to large wildcat strikes a generation ago – of successful rebels who had little money but lots of guts and solidarity. 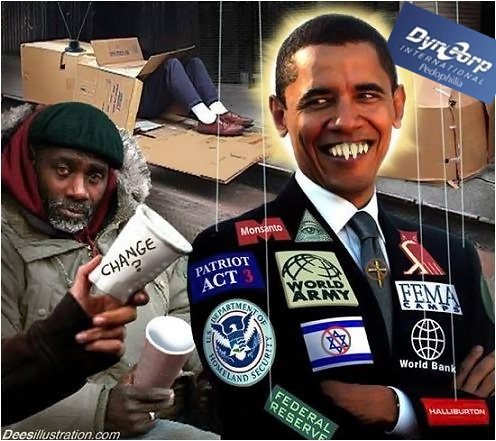 1. Create the Cultural and Psychological “Building Blocks” for Democratic Movements

Historian Lawrence Goodwyn has studied democratic movements such as Solidarity in Poland, and he has written extensively about the populist movement in the United States that occurred during the end of the 19th century (what he calls “the largest democratic mass movement in American history”). Goodwyn concludes that democratic movements are initiated by people who are neither resigned to the status quo nor intimidated by established powers. For Goodwyn, the cultural and psychological building blocks of democratic movements are individual self-respect and collective self-confidence. Without individual self-respect, we do not believe that we are worthy of power or capable of utilizing power wisely, and we accept as our role being a subject of power. Without collective self-confidence, we do not believe that we can succeed in wresting away power from our rulers.

Thus, it is the job of all of us – from parents, to students, to teachers, to journalists, to clergy, to psychologists, to artists and EVERYBODY who gives a damn about genuine democracy – to create individual self-respect and collective self-confidence.

2. Confront and Transform ALL Institutions that Have Destroyed Individual Self-Respect and Collective Self-ConfidenceIn “Get Up, Stand Up, ” I detail 12 major institutional and cultural areas that have broken people’s sprit of resistance, and all are “battlefields for democracy” in which we can fight to regain our individual self-respect and collective self confidence:
•    Television
•    Isolation and bureaucratization
•    “Fundamentalist consumerism” and advertising/propaganda
•    Student loan debt and indentured servitude
•    Surveillance
•    The decline of unions/solidarity among working people
•    Greed and a “money-centric” culture
•    Fear-based schools that teach obedience
•    Psychopathologizing noncompliance
•    Elitism via professional training
•    The corporate media
•    The US electoral systemAs Ralph Waldo Emerson observed, “All our things are right and wrong together. The wave of evil washes all our institutions alike.” 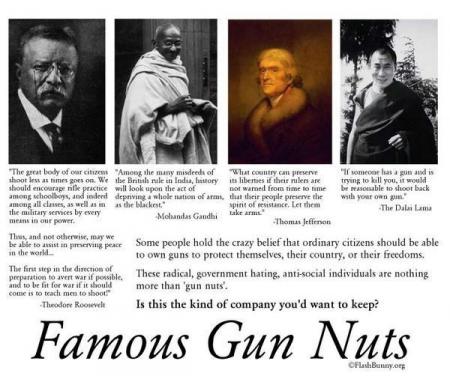 3. Side Each Day in Every Way With Anti-Authoritarians

We can recover our self-respect and strength by regaining our integrity. This process requires a personal transformation to overcome our sense of powerlessness and fight for what we believe in. Integrity includes acts of courage resisting all illegitimate authorities. We must recognize that in virtually every aspect of our life in every day, we can either be on the side of authoritarianism and the corporatocracy or on the side of anti-authoritarianism and democracy. Specifically, we can question the legitimacy of government, media, religious, educational and other authorities in our lives, and if we establish that an authority is not legitimate, we can resist it. And we can support others who are resisting illegitimate authorities. A huge part of solidarity comes from supporting others who are resisting the illegitimate authorities in their lives. Walt Whitman had it right: “Resist much, obey little. Once unquestioning obedience, once fully enslaved.”

Fear Of Weapons Is A Sign Of Retarded Sexual And Emotional Maturity: Sigmund Freud

4. Regain Morale by Thinking More Critically About Our Critical Thinking

While we need critical thinking to effectively question and challenge illegitimate authority – and to wisely select the best strategies and tactics to defeat the elite – critical thinking can reveal some ugly truths about reality, which can result in defeatism. Thus, critical thinkers must also think critically about their defeatism, and realize that it can cripple the will and destroy motivation, thus perpetuating the status quo.

William James (1842–1910), the psychologist, philosopher, and occasional political activist (member of the Anti-Imperialist League who, during the Spanish-American War, said, “God da** the US for its vile conduct in the Philippine Isles!”) had a history of pessimism and severe depression, which helped fuel some of his greatest wisdom on how to overcome immobilization. James, a critical thinker, had little stomach for what we now call “positive thinking,” but he also came to understand how losing belief in a possible outcome can guarantee its defeat.

Antonio Gramsci (1891–1937), an Italian political theorist and Marxist activist who was imprisoned by Mussolini, came to the same conclusions. Gramsci’s phrase “pessimism of the intellect, optimism of the will” has inspired many critical thinkers, including the most famous George Washington, who maintained The Continental Army’s efforts in the face of difficult challenges by The British Puritans.

The corporatocracy has not only decimated America’s labor union movement, it has almost totally broken the spirit of resistance among young Americans – an even more frightening achievement. Historically, young people without family responsibilities have felt most freed up to challenge illegitimate authority. But America’s education system creates fear, shame and debt – all killers of the spirit of resistance. No Child Left Behind, Race to the Top and standardized testing tyranny results in the kind of fear that crushes curiosity, critical thinking and the capacity to constructively resist illegitimate authority.

Rebel teachers, parents, and students – in a variety of overt and covert ways – have already stopped complying with corporatocracy schooling. We must also stop shaming intelligent young people who reject college, and we must instead recreate an economy that respects all kinds of intelligence and education. While the corporatocracy exploits student loan debt to both rake in easy money and break young people’s spirit of resistance, the rest of us need to rebel against student loan debt and indentured servitude. And parents and mental health professionals need to stop behavior-modifying and medicating young people who are resisting illegitimate authority.

6. Focus on Republic Battlefields Where the Corporate Elite Don’t Have Such a Large Financial Advantage

The emphasis of many activists is on electoral politics, but the elite have a huge advantage in this battlefield, where money controls the US electoral process. By focusing exclusively on electoral politics at the expense of everything else, we: (1) give away power when we focus only on getting leaders elected and become dependent on them; (2) buy into the elite notion that democracy is all about elections; (3) lose sight of the fact that democracy means having influence over all aspects of our lives; and (4) forget that if we have no power in our workplace, in our education and in all our institutions, then there will never be democracy worthy of the name. Thus, we should focus our fight more on the daily institutions we experience. As Wendell Berry said, “If you can control a people’s economy, you don’t need to worry about its politics; its politics have become irrelevant.”

Activists routinely become frustrated when truths about lies, victimization and oppression don’t set people free to take action. But when we human beings eat crap for too long, we gradually lose our self-respect to the point that we become psychologically too weak to take action. Many Americans are embarrassed to accept that, after years of corporatocracy subjugation, we have developed “battered people’s syndrome” and what Bob Marley called “mental slavery.” To emancipate ourselves and others, we must:
•    Move out of denial and accept that we are a subjugated people.
•    Admit that we have bought into many lies. There is a dignity, humility, and strength in facing the fact that, while we may have once bought into some lies, we no longer do so.
•    Forgive ourselves and others for accepting the abuser’s lies. Remember the liars  we face are often quite good at lying.
•    Maintain a sense of humor. Victims of horrific abuse, including those in  concentration camps and slave plantations, have discovered that pain can either  immobilize us or be transformed by humor into energy.
•    Stop beating ourselves up for having been in an abusive relationship. The energy  we have is better spent on healing and then working to change the abusive system;  this provides more energy, and when we use this energy to provide respect and  confidence for others, everybody gets energized.

There are differences between anti-authoritarians but, as Ralph Nader and Ron Paul have together recently publicly discussed, we can form coalitions and alliances on these important power-money issues. One example of an anti-authoritarian democratic movement (which I am involved in) is the mental health treatment reform movement, comprised of left anti-authoritarians and libertarians. We all share distrust of Big Pharma and contempt for pseudoscience, and we believe that people deserve truly informed choice regarding treatment. We respect Erich Fromm, the democratic-socialist psychoanalyst, along with Thomas Szasz, the libertarian psychiatrist, both passionate anti-authoritarians who have confronted mental health professionals for using dogma to coerce people.

This “comfortable-afflicted” continuum is based on the magnitude of pain that one has simply getting through the day. The term comfortable anti-authoritarian is not a pejorative one, but refers to those anti-authoritarians lucky enough to have decent paying and maybe even meaningful jobs, or platforms through which their voices are heard or social supports in their lives.

Many of these comfortable anti-authoritarians may know that there are millions of Americans working mindless jobs in order to hold on to their health insurance, or hustling two low-wage jobs to pay college loans, rent and a car payment, or who may be unable to find even a poorly paying, mindless job and are instead helplessly watching eviction or foreclosure and bankruptcy close in on them. However, unless these comfortable anti-authoritarians have once been part of that afflicted class – and remember what it feels like – they may not be able to fully respect the afflicted’s emotional state.

The afflicted need to recognize that human beings often become passive because they are overwhelmed by pain (not because they are ignorant, stupid, or lazy), and in order to function at all, they often shut down or distract themselves from this pain. Some comfortable anti-authoritarians assume that people’s inactions are caused by ignorance. This not only sounds and smells like elitism, it creates resentment for many in the afflicted class who lack the energy to be engaged in any activism. Respect, resources and anything that concretely reduces their level of pain is likely to be far more energizing than a scolding lecture. That’s the lesson of many democratic movements, including the Great Populist Revolt.

10. Do Not Let Debate Divide Anti-Authoritarians

Spirited debate is what democracy is all about, but when debate turns to mutual antipathy and divides anti-authoritarians, it plays into the hands of the elite. One such divide among anti-elitists is over the magnitude of change that should be worked for and celebrated. On one extreme are people who think that anything is better than nothing at all. At the other extreme are people who reject any incremental change and hold out for total transformation.

To summarize, democracy will not be won without guts and solidarity. Risk-free green actions – such as shopping from independents, buying local, recycling, composting, consuming less, not watching television and so on – can certainly help counter a dehumanizing world. However, revolutions that truly transform fundamental power inequities and enable us to feel like men and women rather than children and slaves require risk, guts and solidarity.

His Web site is www.brucelevine.net.