Ecuadorian President Rafael Correa has said the CIA may try to kill him prior to upcoming elections. Citing reports of a plot to “destabilize the region,” Correa said the threats were “credible,” given the history of US involvement in Latin America.

Correa alluded to reports by Chilean journalist Patricio Mery Bell, who allegedly passed on information to the Ecuadorian government that President Correa’s life was “under threat” by a CIA plot.

“There are many cases of [the CIA] interfering” in Latin American affairs, Correa said during a campaign tour in the coastal province of Guayas. “These are credible [reports] because this has happened before in Latin America.” 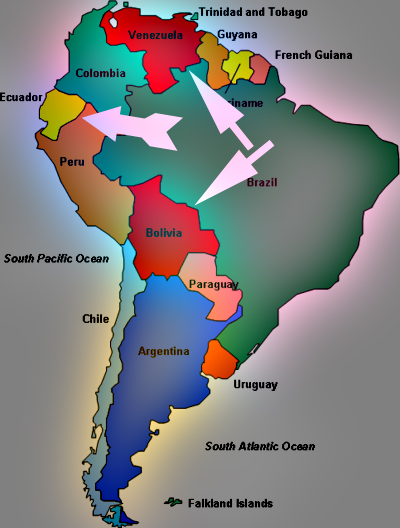 The head of the US diplomatic mission in Quito, Adam Nann, responded to Bell’s claims by saying that Washington “would never get involved” in Ecuador’s electoral process.

Although Correa conceded that he believed the statements of the US ambassador, he warned that agencies such as the CIA often follow their own agenda and maintain links with organizations representing the extreme right in the countries in which they operate.

Bell first voiced his concerns for the safety of President Correa three months ago when he released a report claiming the CIA sought to “destabilize” Ecuador. He said that the threat to Correa’s life would be at its height from January 15 and onwards, as Correa applies to run for another presidential term.

“We will have to be three times more vigilant with President Correa,” Bell said in an interview with publication El Ciudadano.

Bell maintained that although he was not a staunch supporter of Correa, it was his duty as a Latin American citizen to warn of the alleged $88-million CIA plot to destabilize the Ecuadorian government.

The journalist believes that this money will be divided amongst extremist anarchist, leftist and hardline conservative groups, in the hopes of discrediting Correas.

Bell claimed in his report that the main motives behind the CIA plot were the closing of the US Manta military base,  hailed as a victory for Ecuadorian national sovereignty, and the granting of asylum to WikiLeaks founder Julian Assange.

Assange’s supporters say the charges are trumped up and believe the US has secretly indicted him and would extradite him from Sweden.

Ecuadorean president Rafael Correa has agreed to give the WikiLeaks founder asylum, according to an official in Quito who spoke with the Guardian newspaper.

“I am grateful to the Ecuadorian people, President Rafael Correa and his government. It was not Britain or my home country, Australia, that stood up to protect me from persecution, but a courageous, independent Latin American nation,” he said.

“While today is a historic victory, our struggles have just begun. The unprecedented US investigation against WikiLeaks must be stopped.” — WikiLeaks founder Julian Assange

President Correa is often described as echoing the policies of Venezuelan President Hugo Chavez, especially in anti-US rhetoric. The 49-year-old economist has reduced poverty and increased stability and the overall standard of living in Ecuador during his presidency, winning popularity amongst the country’s poorest as well as the educated middle class.

Correa will run for reelection against six other candidates when campaigning begins on January 15. Ecuadorians will vote for the next president and vice president on Sunday, February 17.

*For translation, click on the CC (captions) widget, choose Spanish, then select Translate and English (or preferred language)