“Sure, we want to go home. We want this war over with. The quickest way to get it over with is to go get the bastards who started it. The quicker they are whipped, the quicker we can go home. The shortest way home is through Berlin and Tokyo. And when we get to Berlin, I am personally going to shoot that paper hanging son of a bitch Hitler just like I’d shoot a snake”.

The income tax on labor in all respects, functions as a “slave tax”. This is in direct violation the Constitution’s 13th Amendment prohibiting peonage and involuntary servitude.

Unconstitutional usurpations by one branch of government of powers entrusted to a coequal branch are not rendered constitutional by repetition. The United States Supreme Court held unconstitutional hundreds of laws enacted by Congress over the course of five decades that included a legislative veto of executive actions in INS v. Chada, 462 U.S. 919 (1982).

Since I started writing The Ticker I have been repeatedly asked where one should put their assets to evade confiscation, whether through outright acts of theft, devaluation or any other means.

The simple answer: There isn’t a reasonably-safe means of doing that for anyone who does not possess enough wealth to be willing to write off 20, 40 or even 60% of itand who doesn’t have enough to be able to***** away 1% or more of it annually in compliance, monitoring and associated costs.

That basically means if you don’t have tens of millions (and the first digit isn’t a “1” either) you’re not in that game.  If you are then you can do a whole host of things that are reasonably certain to “work”, where “work” is defined as “won’t lose enough of it to wind up in the street” with a confidence level in the 90s or better.

This isn’t where virtually everyone is, so listening to advice on how to do that is dumb since you’re almost-certainly not in that position, and if you are, you don’t want to ask people like me, you want to get the legal, tax and accounting advice from licensed professionals who can actually do it.

For this reason I have steadfastly maintained that the only solution for ordinary people is political — that is, to rise and demand, through the political process in all of its forms, that the looting operations conducted by the various parts of our so-called “society” be stopped and the actors involved go to prison where they belong — whether they be banksters or medically-related “professionals” of various sorts.  This is the only path that has a reasonable probability of success for the common citizen.

If you are unwilling to take those steps, and 99% of America is, then you have only two additional options that are peaceful and lawful:

I have a decent feel for that.  See, I fully expect another large market swoon in the next 6 to 18 months, probably closer to the inside on time.  And by “large” I do mean large — 50% or worse, perhaps considerably worse.

This time, however, The Fed has used its bullets with QE and interest rate games and so has Congress and the White House.  What does this means?

It means the government needs to find a way to keep the game going.  They will look toward private and public retirement assets to do so because this is one of the very few remaining stores of wealth they can attach.  To do it they’re going to play on your fear and offer you a carrot that is in fact a giant corn cob aimed you know where.

Here’s what I expect.

They will “offer” to replace your loss in your trading account, including a taxable account, provided that you convert the entire thing to a ladder of 10 to 30 year Treasury notes atthen current interest rates, which will be ridiculously low — lower than they are now — and agree to lock it up until you are 65.

How bad of a deal is this, assuming you just suffered a 50% capital (but unrealized) loss?

A 10% annual purchasing power debasement over 10 years results in a loss of 42% of your original purchasing power.   If you are paid 1% on a 10 year Treasury you get 10% back so you lose 32% in real terms.  This doesn’t sound all that awful compared to the 50% unrealized loss but this assumes there is no recovery in the market at all.  In short you will have crystallized that loss and made it permanent.

Now let’s look at 30 years.  Let’s further assume that the 10% debasement goes on for 10 of them, then 5% for the next 20 years.  This is probably optimistic.  It results in an 81% loss of purchasing power.    You allegedly get 60% of that back via the “interest”, assuming the ponzi system survives.

Note that if the system does not survive and the bonds default you may get zero.  That risk, of course, will be claimed to be “non-existent.”  Uh huh.  Whether that happens via outright default or through dilution doesn’t matter; either way a loss is a loss is a loss and what matters is how many gallons of gas you can buy, not how many chits you possess.

The latter (30 year) is your better deal, incidentally, provided you live for 30 years.  You can bet the deal will include forfeiture of any residual value and recapture against any Medicare and Medicaid expenses.  Additionally you will not be able to touch the amount until you are 65, and then you will be required to take an actuarial 20 year payout to age 85, like it or not.
I’m willing to bet that 90% of the people offered this deal will take it and sign away their futures voluntarily.  I’m also willing to bet that all of the State and Local pension systems will be coerced into accepting this “deal” through being offered some sort of “safe harbor” against benefit reductions (which will be massive for pensioners) under some rubric of “Federal Sovereignty” that will trump so-called “guarantees” in these municipal and state pension laws.Note that without this “deal” virtually all State and Local pension systems are going to blow up within the next decade or so.  It is a mathematical certainty.  Long before they blow up they will siphon off as much as they can from you in the form of increased property and other taxes; this will not be a quiet process either.  Your only means of avoiding this is to live somewhere that is rural and has none, or at least very few, of these obligations.

 The IRS cites the 16th Amendment as its authority to force employers to withhold the income tax from the paychecks of its employees and to force the People to file a tax return and to pay the income tax.

 The Secretary of State in 1913, Philander Knox, in ignoring the obvious, and well documented procedural and substantive defects in the states’ legislative votes on the 16th Amendment, violated the law and the Constitution by fraudulently certifying the amendment to the U.S. Constitution.

 When asked to determine the question of the fraudulent adoption of the 16th Amendment, a federal Court of Appeals said that was a political question for Congress to decide.

 The original constitutional clause in Article 1 section 9 clause 4 REQUIRES that all direct taxes be apportioned. This clause has never been repealed. The enforcement of laws based on the 16th Amendment can NOT conflict with this clause.

 Our laws must be unambiguous to have legal validity. To tolerate otherwise is to deprive the People of the due process protections of the Constitution.

Bottom Line: The government claims its sole authority for the income tax on the 16th Amendment. It was fraudulently ratified. All other discussions are secondary.

 The 4th Amendment to the Constitution explicitly requires a signed court order or warrant to seize property or conduct a search.

 IRS blatantly disregards the 4th Amendment in violation of the Constitution.

 Employers are deceived about their true legal responsibility by the misleading content found on the IRS salary/wage “levy” form and instructions.

 3rd parties such as banks, corporations, etc have no incentive to, and perhaps fear IRS retaliation for, challenging Notices of Levy and Seizure on their customers and/or employees.

Bottom Line: The 4th Amendment does not matter to the IRS.

Those of you who live in cities are going to get buggered to within an inch of your life, to be blunt.

If you think this is fanciful look at what is happening in Portugal right now; they are looking at paying public workers in Treasury Bills instead of cash.  That’s the exact sort of “deal” I’m referring to — take this and get “paid”, or (in this case) get fired!

As the noose tightens around the neck of the people you will see more and more blatant pump-and-dump schemes such as Bitcoin come onto the scene, along with more irrational (and indefensible on the facts) attempts to pump “assets” such as Gold.  What the people putting forward this premise never bother to mention is that transacting without reporting to the government is already a crime in most jurisdictions (evading of taxes) and that it’s always easier to confiscate your funds through some sort of bogus “civil procedure” than it is to pass tax increases over the protests of angry constituents.

You don’t really think “Civil Forfeiture” is about drugs, do you?

As such you can expect the seizure mentality to ramp up materially from where it is now; we have already gone well past the Rubicon when it comes to personal privacy if you transact in any way online or through otherwise-traceable means,  In short, forget about being rationally certain that your actions cannot be traced and thus attached.

I’d love to look at the next 10 years+ and say that things get “more bleak” beyond that horizon, but the fact of the matter is that the ponzi debt-leverage monster has run out of gas and the evidence for this is laid on the table here and now.

We don’t have 10 years, in short, and one way or another there will be a massive shift and reform in how the world works financially.  The options here range from reasonably good to catastrophically bad, and if you’re younger than 70 you’re going to get to experience them — like it or not.

You should get off your political ass, but I’ll bet that 99% of the people who read this either won’t or will claim they are through either one of the existing Party hacksterisms (be they Dem or Pub) or some group (like the Libertarian Party) who’s casus belli consists of such “terribly important” things like gay marriage and smoking pot, refusing to take on the actual meat of the issues that face us as a nation.

Good luck folks; I have set my plans in motion and will execute on them in a peaceful and lawful way, but I will not change my mind until and unless I see evidence that a material percentage of the public will get off their ass — and that appears to be damned unlikely. 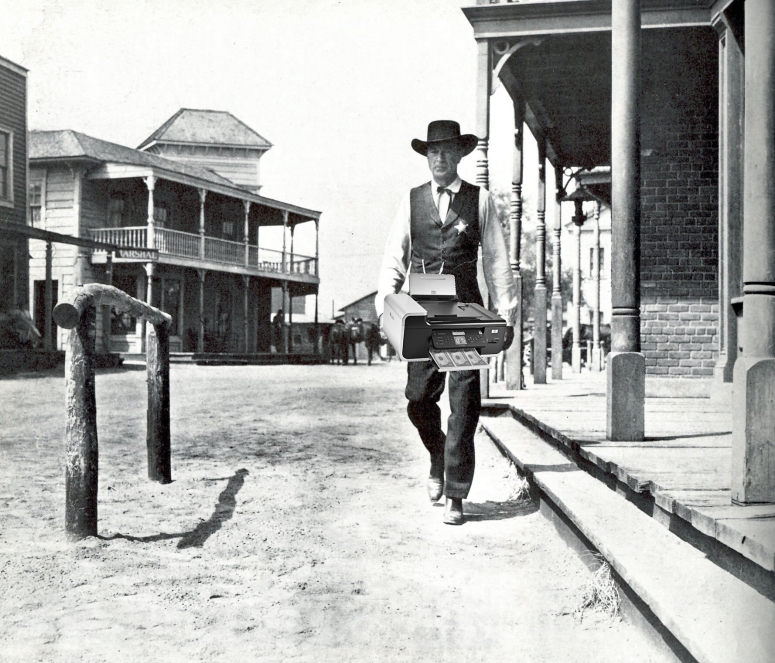