Al-Qaeda linked terrorists in Syria have beheaded all 24 Syrian passengers traveling from Tartus to Ras al-Ain in northeast of Syria, among them a mother and a 40-days old infant.

Gunmen from the terrorist Islamic State of Iraq and Levant stopped the bus on the road in Talkalakh and killed everyone before setting the bus on fire.

McCain Does Syria ~ The Audacity Of Rothschild Mafia

According to media reports, the attack was carried out because the passengers who were from three different villages in Ras al-Ain, supported anti-terrorist Kurdish groups which were formed recently to defend Kurdish population against anti-Syria terrorists.

Bodies of a mother and her 40-days infant were also seen among the dead, which were recognized by their relatives.

Syrian Kurdish leader Saleh Muslim warned on Friday that the Kurd minority is facing an ethnic cleansing by al-Qaeda terrorists.

While there is no end in sight to the bloody foreign-fueled [U.S. British] conflict in Syria, another front has been formed between the Kurdish militia and extremist militants in Northern Syria.

Before Hell In Libya There Was McCain To McCain’s Right Is Ambassador Chris Steven Who Was Murdered.

Al-Qaeda-affiliated terrorist groups operating in the country, including the al-Nusra Front, are trying to capture Kurdish territories and make them part of a state they want to create in the region.

Following deadly attacks on Kurdish regions in recent months, groups of Kurdish militia were formed to protect their people.

Anti-Syria armed groups continue to target civilians amid US threats against Syrian army and government which have made militants find it easier to widen their attacks.

Following worldwide criticism, US President Barack Obama delayed an imminent military strike against Syria on August 31, sending the matter to the Congress to get more support. 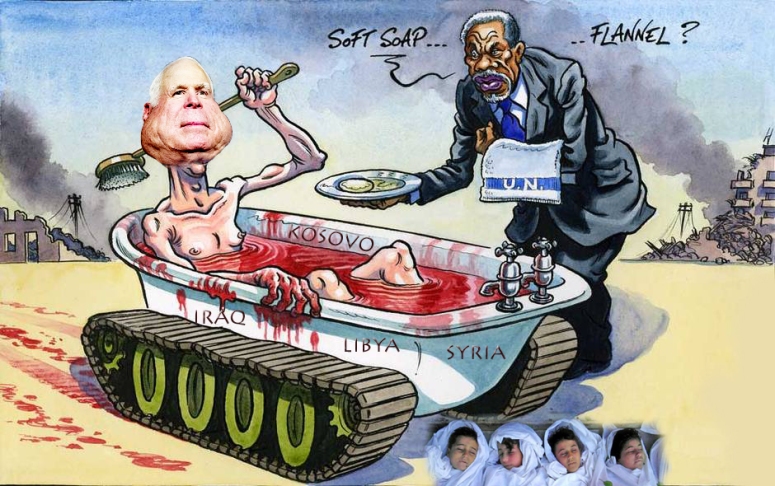 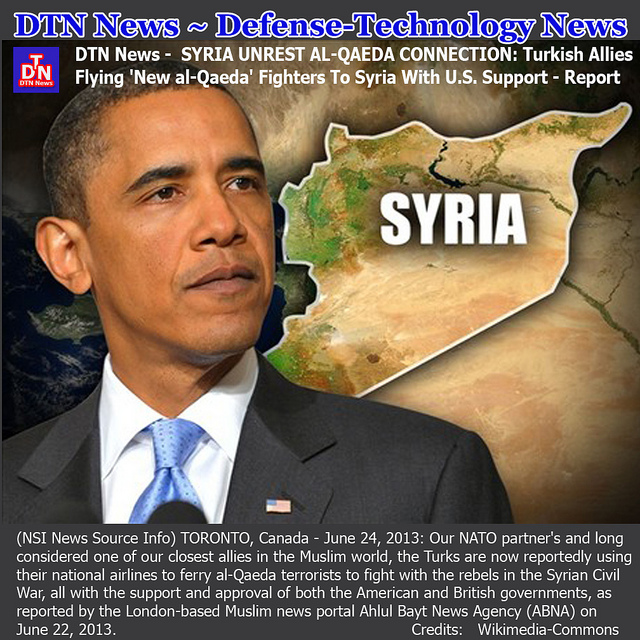