Oh, what a tangled web we weave

When first we practise to deceive!

One of the Officers for Tide Soaps is Tod Hill, Who is the Senior Strategic Advisor providing strategic consulting to Greenpeace. Read more: The Tides Foundation | The Soros Files

Russia has raised its indictments for piracy against Greenpeace campaigners to 14. Thirty from Greenpeace remain behind bars in the Russian city of Murmansk, as Russian authorities continue their investigation and prosecution for the boarding of Russia’s Prirazlomnaya oil platform in the Pechora Sea.

Russian security officers fired automatic weapons as a warning, seized the vessel Arctic Sunrise and towed it into Murmansk.

Wake up call to World Citizens about the dangerous association

between the Banking Cabals’

The parents of those accused are upset and pleading for their children’s release.  The BBC quotes the father of Alex Harris, a Greenpeace communications employee, as saying, ”She was just looking forward to seeing polar bears and never thought for one minute this sort of thing would happen.”

The father of detained Greenpeace crewman Kiernan Bryan is trying to distance his son from the rest because he carried a video camera; labeling him a “videographer and freelance journalist.”

Mr. Bryan’s father apparently hopes that his son will receive a softer outcome than the rest if they can trigger international customs in place for the protection of journalists.

All 30 crew members of Greenpeace’s Arctic Sunrise vessel are currently in a pre-trial detention center under a Murmansk court ruling. The activists, who come from 18 different countries, were arrested following their protest at Gazprom’s Prirazlomnaya oil platform earlier this month.

A criminal case was launched under claims of alleged piracy – which is punishable by up 15 years behind bars under Russian law.

From 14 Indicted To All 30 Indicted On Piracy!

Russian investigators have charged the entire 30-member crew of a Greenpeace ship with piracy for a protest at an oil platform in the Arctic.

The charge, which carries a 15-year prison term, was filed on Thursday against 16 members of the crew, including a prominent Russian freelance photographer.

The crew’s other 14 members were similarly charged on Wednesday. In addition to Russia, the activists come from 17 other countries.

The Russian Coast Guard seized the environmental group’s Dutch-flagged Arctic Sunrise and all on board, after the September 18 protest at the offshore platform owned by Russian state-controlled energy giant Gazprom.

“All 30 participants in the criminal case have been charged over the attack on the Prirazlomnaya platform,” the Investigative Committee said in a statement.

“They are all charged with piracy by an organised group.”

The activists are now in custody in the city of Murmansk.

Those charged Thursday also included the ship’s captain, American Peter Willcox, who was the captain of Greenpeace’s Rainbow Warrior ship, bombed by French agents in New Zealand in 1985.

Greenpeace denies any wrongdoing and describes the Russian charges as absurd.

“Our activists have been charged with a crime that did not happen,” Kumi Naidoo, the group’s international executive director, said.

“A profound injustice is right now being perpetrated against our friends, our brothers and sisters, our sons and daughters who sit in Russian jails.”

Several activists scaled the oil platform in the Barents Sea to denounce Russia’s plans to drill in the pristine Arctic.

Russian border guards then lowered themselves onto the Arctic Sunrise from a helicopter, locked up the crew and towed the ship to Murmansk. 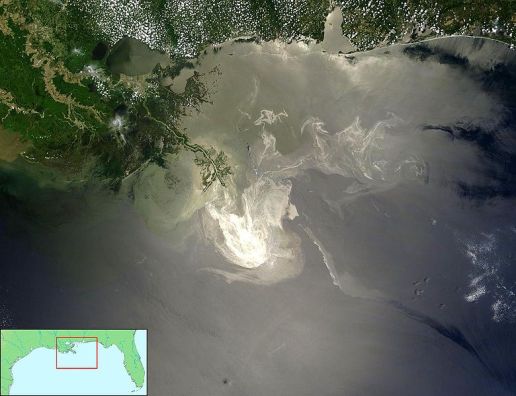