The Golden State has reached a poverty rate that is now twice as bad as West Virginia’s and substantially worse than the rates of poverty in Mississippi, Alabama, Arkansas and Texas, according to a new measure of poverty developed by the federal Census Bureau.

The state’s costs are boosted by its environmental and workplace regulations, and by 38 million residents’ competition for housing close to the sea.

The new measure, however, also incorporates a controversial calculation of relative equality that demotes states, including California, that have wide gaps between wealthy people and people with less than one-third of state residents’ average income.

California snatched the last-place prize from Mississippi, which had the highest poverty rate under the older and simpler measure, which gauged people’s ability to buy basic services and goods.

Democratic California Gov. Gerry Brown’s office did not release a comment Nov. 15 about the new ranking, but did note that he would be attending a housing conference

, the “Greenbuild International Conference and Expo,” in San Francisco Nov. 16.

The new measure, dubbed the “Supplemental Poverty Measure,” revised the California’s poverty rate from 16.3 percent up to 23.5 percent.

The report estimates that roughly 8.8 million people in California were poor during between 2009 and 2011, when Democrats controlled the state legislature and governorship, as well as the White House.

reversal in fortunes for the Democrat-dominated state — once a worldwide symbol of glitz and wealth — is underlined by previous census reports, which showed that only 11.1 percent of the state’s population was poor in 1969.

Only 13.7 percent of Americans were poor in 1969, and many of them were found in the agricultural states of the Old South. A third of Americans in Mississippi, and a quarter of Americans in Arkansas, Louisiana, South Carolina and Western Virginia, were poor.

Forty years later, after waves of federal and state regulations on housing, banking

, health care and air quality, and amid increased financial aid for unmarried parents, youth, immigrants and unskilled people, the national poverty rate has climbed to 15.8 percent, according to the new Census Bureau measure.

The new measure supplants a poverty gauge developed in the 1960s. It incorporates the economic impact of welfare programs, transportation and child-care costs, changes in child-rearing practices — especially the impact of single parents raising kids — plus differences in the region’s average prices and health care costs.

The new ranking leaves California at the bottom, along with and close to the 23.2 percent poverty rate in the District of Columbia.

Hawaii’s poverty rate is 17.4 percent, largely because of the state’s high cost of living.

If the California Democrat participated in the insanely popular Ice Bucket Challenge currently flooding your every social media feed, she would disintegrate much like Elphaba Thropp famously did in the dramatic confrontation forever burned into our collective memory by “The Wizard of Oz.”

Even Michigan, home of the much-reduced U.S. auto

industry around Detroit, has a poverty rate of 13.5 percent, or 10 points lower than California’s rate.

The least poor states tend to be the unglamorous, undiverse and sprawling communities close to Canada.

Detroit to US judge – “This city is bankrupt” During Obama’s SECOND Term- NBC News.com October 23, 2013.

just below 10 percent. Iowa’s rate is the lowest in the nation, at 8.4 percent, roughly one-third California’s poverty rate.

California contains some of the nation’s wealthiest people and communities, which are clustered around the Democratic-dominated movie, software and silicon industries. The state’s wealthy people include actor George Clooney, movie producer Harvey Firestone and Google’s co-founders, Larry Page and Sergey Brin

But outside the wealthy zones, there are high rates of poverty in the Central Valley — where the agricultural sector still relies on low-wage, immigrant stoop labor, rather than crop-picking machines — and throughout the chain-link conurbations that stretch from trailer parks in San Jose to barrios in San Diego.

The well-being of Californian children has also shriveled in recent decades, partly because of the state’s declining education sector, according to a July report by the Annie E. Casey Foundation.

That report rated California’s education system 43rd in the nation, just ahead of Alabama’s in 44th place and well behind Texas in 32nd place and Arkansas in 34th place, according to the foundation’s study, titled the 2012 Kids Count Data Book.

The foundation also rated the “well being” of California’s children lower than that of their peers in West Virginia, Tennessee and Kentucky, but higher than the well being of children in Texas, Alabama and Mississippi.

The Census Bureau’s new measure reduced estimated poverty rates in several of the Canadian border states, and in some of the states long viewed as the poorest. West Virginia’s poverty rate tumbled from 16.9 percent to 12.3 percent. Kentucky’s poverty rate slid from 17.1 percent to 13.4 percent. 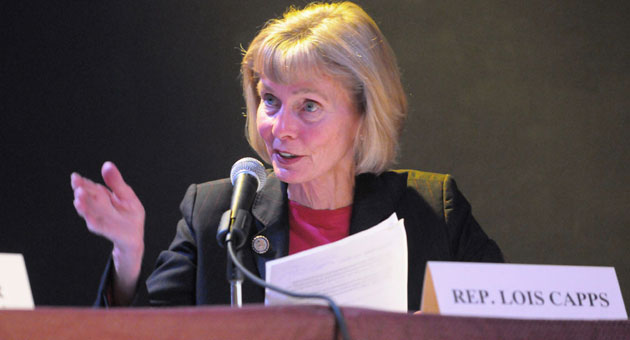 Mississippi’s rate plunged from a chart-leading 21.1 percent to 15.8 percent.

Under the old measure, Indiana and California shared the same poverty rate of 16.3 percent. The new measure sets Indiana’s poverty rate at 14.6 percent, or 8.9 points below California’s rate.