It’s been painful to watch Hillary Clinton’s testimony during the Benghazi hearings. She skirts, deflects and blames others — and the Democrat committee members are in full mop up mode. If only the Democrat members were as concerned with saving American lives as they are with saving Hillary.

But all that changed when Rep. Jim Jordan (R-OH) questioned Hillary on her string of lies. Big lies.

Representative Jordan showed us the emails Hillary emailed her daughter Chelsea, the Libyan President and phoned the Egyptian Prime Minister (separately) in the wake of the terror attack and said that it was an al Qaeda attack, not a film — but she told the American people it was a video.

She knew immediately what and who it was. The very people she armed.

NYT: Representative Jim Jordan, Republican of Ohio, pressed Hillary Rodham Clinton on early suggestions that protests against an inflammatory anti-Islam video had played a role in the attack in Benghazi. “Where did the false narrative start?” Mr. Jordan said. “It started with you, Madame Secretary.”

Mrs. Clinton said that she had mentioned the video as a warning to the region, and that she had not been saying it set off the attack. Mr. Jordan then displayed email exchanges that showed Mrs. Clinton calling the incident a “planned attack — not a protest.”

The topic of whether the video led to the attack caused Mrs. Clinton to become flustered in her 2013 testimony about Benghazi, when she responded, “Was it because of a protest or was it because of guys out for a walk one night and decided they’d go kill some Americans,” Clinton said then, waving her arms. “What difference–at this point, what difference does it make?”

This time Mrs. Clinton kept her calm as Mr. Jordan pressed her, highlighting emails that he said proved the State Department had intentionally misled the public about whether protests related to the video had led to the attack. Mrs. Clinton said that had not been the case and that it was a fast-moving period with a lot of fluid information. “We were in a position of trying to make sense of a lot of incoming information,” she said.

Mr. Jordan said that a terrorist attack would have hurt the Obama administration in a re-election year and suggested that Mrs. Clinton therefore characterized the Benghazi attack as growing out of spontaneous protests against the video. “You did it because Libya,” Mr. Jordan said, “was supposed to be this great success story.” 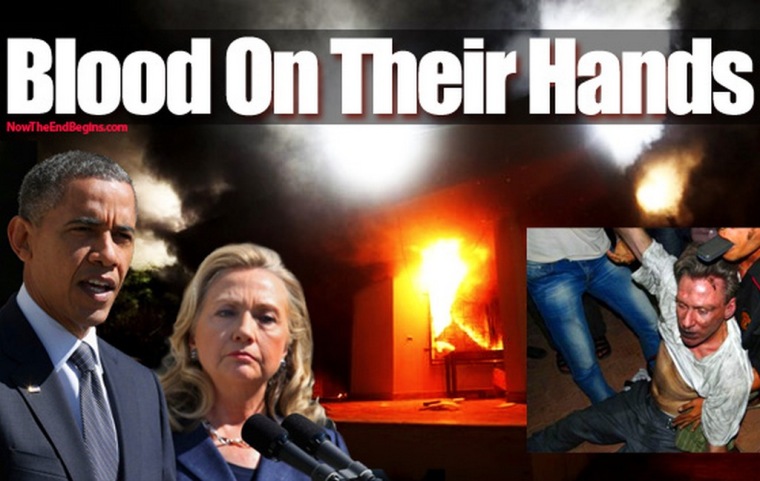 ← 20 Reasons To Remember Remember The Gold And Silver Of November.
Three Chinese Warships To Dock In Florida Port: Eternal Vigilance! →