A typical penny stock company may be trading at 30¢ per share, with 200 million shares outstanding. If it were to split 3 for 1, the share price would lower to 10¢ and the number of outstanding shares would increase to 600 million. Penny Stock Mergers And Amalgamations For Dummies

Ask Yourself WHO Is Orchestrating This Stunt, WHO Is Blowing The Smoke.

Bitcoin is preparing to go through a soft fork on August 1st, 2017, in response to concerns regarding its scaling. With no compromise between both sides [“SIDES” ~ The Polarity Weapon Used By Bankers To Establish Control By Coups] in sight, it’s working towards a User-Activated Soft Fork, or “UASF.”

What this essentially means is that it’s not the miners that are making the votes, but rather the users themselves, such as merchants and the “regular” people, like most of us.

But with this come some complications [ As Always] you need to be aware of and prepare for ahead of time. 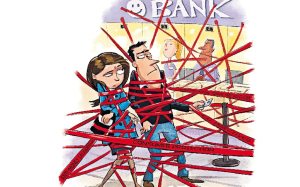 There Will Potentially Be Two Chains

Depending on how many are signaling for the UASF, there may be two chains once it activates. Essentially, this will be a lot like what happened with Ethereum – users would be forced to pick which they want to follow (or both), but this would absolutely cause a disruption in the pricing and the currency as different merchants and services support it differently.

Exchanges, for example, will largely support both chains. Stores, however, and many other services that don’t make money off the conversion are likely to follow the one that they feel is the “strongest” (the one with the most backing). And as it is, there’s no way to reliably tell which one that is going to ultimately be. 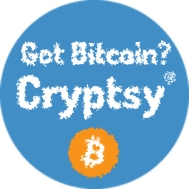 What Happens to Your Coins?

This largely depends on where your coins are located. If you have the private keys (preferable) and there’s a split, you will own the same number of coins on both chains. However, if you have them stored elsewhere, it’s up to the owner of the site to decide how they want to handle it.

Many sites are going to absorb the side chain and keep the main one. Others, such as Poloniex, will credit everyone’s accounts with their side chain coins – but that also leads to another complication: if coins are being lent out to traders, they will obtain those coins instead.

The easiest way to figure out how your coins are going to be treated is to contact those in charge of the service or website ASAP and ask. If there’s not a response, it’s safe to assume that they are only going to let you keep the main chain ones and they will take the rest.

To protect your coins, you should follow the same guidelines as if there were no soft fork on the horizon: keep them on addresses where you have full control over the private keys. In this case it’s even more important than ever – this is the only way to guarantee that you will have full access to the coins from both chains.

Otherwise, even if a site operator makes a claim that they will credit them, you never really know until after it happens.

As for when you should be preparing for this, you will want all coins in your possession by the last week of July. It’s been said that the soft fork could kick in a few days shy of August 1st because it’s based on block count, as opposed to an actual time. Until then, you should be safe to keep using them however you normally do (whether that’s trading, playing, or just holding elsewhere).

How to Bring Them Local

If you happen to be one of the many people that are used to using just Web wallets and aren’t sure how to run a local one, there are a couple of wallets that are fully secured and don’t require a lengthy syncing process (nor do they require hosting the 100GB+ blockchain file): Electrum and Multibit HD.

In either of these, it’s important to password protect your wallet, back up your private key and/or seed, and ensure you don’t access them on a compromised computer system. A better move, however, would be a hardware wallet, such as the Trezor or KeepKey, both of which protect you even if your PC is compromised. 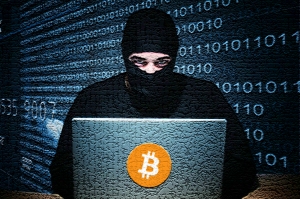 What if it Doesn’t Split?

This would actually be the ideal condition, from a technical standpoint. It would remove the issues caused by a chain split and would make everyone’s life easier. And at the end of the day, we need changes for scaling, so this would be a great way to make things flow in the right direction and get the issues worked out once and for all – or at least get a medium-term fix in place.

From the perspective of the effects on personal holdings, it would mean that you’re yet again free to store them where you wish (though again, there’s a strong preference to keeping them on addresses you hold the private keys to).

Jim Rickards: When Markets Are Most Complacent Sudden Drops Are Most Likely