Moments ago, speaking in an interview on the Rossiya 1 TV channel, Vladimir Putin said that 755 American diplomats will be expelled, or as he phrased it “will have to leave Russia as a result of Washington’s own policies”, a move which as we previewed on Friday will make the diplomatic missions of Russia and the United States of equal staffing.

Speaking late on Sunday, the Russian president said that the time for retaliation has come: “we’ve been waiting for quite a long time that maybe something would change for the better, we had hopes that the situation would change. But it looks like, it’s not going to change in the near future… I decided that it is time for us to show that we will not leave anything unanswered.”

President Putin added that “the personnel of the US diplomatic missions in Russia will be cut by 755 people and will now equal the number of the Russian diplomatic personnel in the United States, 455 people on each side” Putin said, adding that “because over a thousand employees, diplomats and technical personnel have been working and are still working in Russia, and 755 of them will have to cease their work in the Russian Federation. It’s considerable.”

President Putin also told the Russian audience that “the American side has made a move which, it is important to note, hasn’t been provoked by anything, to worsen Russian-US relations. [It includes] unlawful restrictions, attempts to influence other states of the world, including our allies, who are interested in developing and keeping relations with Russia,”

According to Reuters, Putin also said that Russia is able to impose additional measures against U.S. but he is against such steps for now.

[Reuters owned and operated by Rothschild]

“We could imagine, theoretically, that one day a moment would come when the damage of attempts to put pressure on Russia will be comparable to the negative consequences of certain limitations of our cooperation. Well, if that moment ever comes, we could discuss other response options. But I hope it will not come to that. As of today, I am against it.”

As we reported late last week, following the House’s approval of new sanctions against Russia, Iran and North Korea, the Russian foreign ministry told Washington to reduce the number of its diplomatic staff in Russia, which currently includes more than 1,200 personnel, to 455 people as of September 1.

The Russian order is likely to mean consular services in Russia will be “very hard hit,” Michael McFaul, a former U.S. ambassador to Moscow told Bloomberg. “Russians will have to wait much longer to get a visa,” he said by email. Furthermore, according to Bloomberg, Russia’s reaction was harsher than many officials had signaled, “and threatens to cast the two nuclear-armed powers into a fresh spiral of tensions, even as relations are already at their lowest since the Cold War.”

For Trump, the worsening conflict poses a dilemma between his oft-stated desire to build ties with Russia and mounting political opposition to that effort in Washington, amid congressional inquiries and an FBI investigation into interference in the elections and the Trump campaign’s possible ties with Russia.

“Totally unwarranted, disproportionate move by the Kremlin,” Andrew Weiss, a former top Russia expert on the National Security Council and now vice-president for studies at the Carnegie Endowment for International Peace, said on Twitter. 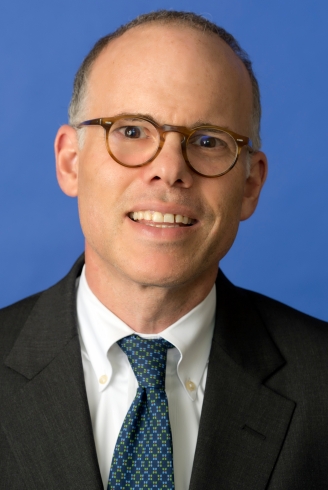 Today’s expulsion comes one day after a bizarre statement by US Secretary of State Rex Tillerson, who tried to portray the latest round of Russian sanctions legislation as a sign Americans [Not Americans but deep state] want Russia to improve relations with the US; it was promptly mocked by Moscow.

On Saturday, Tillerson said the overwhelming House and Senate votes in favor of the sanctions “represent the strong will of the American people [ represent the strong will of the deep state] to see Russia take steps to improve relations with the United States.” He added that he hoped potential future U.S.-Russia cooperation would make the sanctions unnecessary at some point.

“We will work closely with our friends and allies to ensure our messages to Russia, Iran, and North Korea are clearly understood,” Tillerson’s statement concluded.

Moscow, however, was less than thrilled with Tillerson’s attempt to mitigate the latest round of anti-Russian sanctions, as the Russian Embassy in Washington said in a series of tweets that it was bewildered.

“The statement made by the @StateDept on July 29 regarding a new sanctions legislation approved by Congress cannot but raise eyebrows,” it said. “Washington still doesn’t get the fact that pressure never works against @Russia, bilateral relations can hardly be improved by sanctions.”

And now we await the US re-retaliation in what is once again the same tit-for-tat escalation that marked the latter years of the Obama regime, as the US Military Industrial Complex breathes out a sigh of relief that for all the posturing by Trump, things between Russia and the US are back on autopilot. 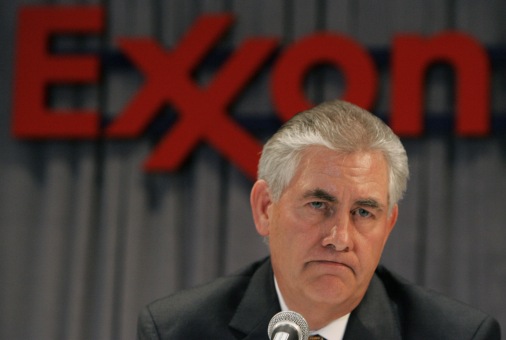 Rex W. Tillerson, chairman and CEO of ExxonMobil, listens to a question during a news conference after the shareholders meeting in Dallas, Wednesday, May 30, 2007. (AP Photo/LM Otero)