NOW THE DEMOCRATS USE PIECE OF SHIT DODD – AFTER BILKING THE AMERICAN CITIZEN’S MONEY THROUGH PREDATORY LOANS – DEMOCRATS ARE PUTTING A REGULATION FORWARD WHICH IS TOO LITTLE TOO LATE!

Financial Crisis Not By Bush Administration : In Their Own Words, British Operatives Attempting To Cover Up Their Bilking Of Fannie Mae & Freddie Mac!

The financial crisis of the past year has provided a number of surprising twists and turns, and from Bear Stearns Cos. to American International Group Inc., ambiguity has been a big part of the story.

Why did Bear Stearns fail, and how does that relate to AIG? It all seems so complex.

But really, it isn’t. Enough cards on this table have been turned over that the story is now clear. The economic history books will describe this episode in simple and understandable terms: Fannie Mae and Freddie Mac exploded, and many bystanders were injured in the blast, some fatally.

Fannie and Freddie did this by becoming a key enabler of the mortgage crisis. They fueled Wall Street’s efforts to securitize subprime loans by becoming the primary customer of all AAA-rated subprime-mortgage pools. In addition, they held an enormous portfolio of mortgages themselves.

In the times that Fannie and Freddie couldn’t make the market, they became the market. Over the years, it added up to an enormous obligation. As of last June, Fannie alone owned or guaranteed more than $388 billion in high-risk mortgage investments. Their large presence created an environment within which even mortgage-backed securities assembled by others could find a ready home.

The problem was that the trillions of dollars in play were only low-risk investments if real estate prices continued to rise. Once they began to fall, the entire house of cards came down with them.

Take away Fannie and Freddie, or regulate them more wisely, and it’s hard to imagine how these highly liquid markets would ever have emerged. This whole mess would never have happened.

It is easy to identify the historical turning point that marked the beginning of the end.

Back in 2005, Fannie and Freddie were, after years of dominating Washington, on the ropes. They were enmeshed in accounting scandals that led to turnover at the top. At one telling moment in late 2004, captured in an article by my American Enterprise Institute colleague Peter Wallison, the Securities and Exchange Comiission’s chief accountant told disgraced Fannie Mae chief Franklin Rainesthat Fannie’s position on the relevant accounting issue was not even “on the page” of allowable interpretations.

Then legislative momentum emerged for an attempt to create a “world-class regulator” that would oversee the pair more like banks, imposing strict requirements on their ability to take excessive risks. Politicians who previously had associated themselves proudly with the two accounting miscreants were less eager to be associated with them. The time was ripe.

The clear gravity of the situation pushed the legislation forward. Some might say the current mess couldn’t be foreseen, yet in 2005 Alan Greenspan told Congress how urgent it was for it to act in the clearest possible terms: If Fannie and Freddie “continue to grow, continue to have the low capital that they have, continue to engage in the dynamic hedging of their portfolios, which they need to do for interest rate risk aversion, they potentially create ever-growing potential systemic risk down the road,” he said. “We are placing the total financial system of the future at a substantial risk.”

What happened next was extraordinary. For the first time in history, a serious Fannie and Freddie reform bill was passed by the Senate Banking Committee. The bill gave a regulator power to crack down, and would have required the companies to eliminate their investments in risky assets.

Satan’s Own Thief – Obama: Rich Extorting America To Become Richer, While Obama Printed Trillions Of Our Money To Boot Strap America To Subservience

If that bill had become law, then the world today would be different. In 2005, 2006 and 2007, a blizzard of terrible mortgage paper fluttered out of the Fannie and Freddie clouds, burying many of our oldest and most venerable institutions. Without their checkbooks keeping the market liquid and buying up excess supply, the market would likely have not existed.

But the bill didn’t become law, for a simple reason: Democrats opposed it on a party-line vote in the committee, signaling that this would be a partisan issue. Republicans, tied in knots by the tight Democratic opposition, couldn’t even get the Senate to vote on the matter.

That such a reckless political stand could have been taken by the Democrats was obscene even then. Wallison wrote at the time: “It is a classic case of socializing the risk while privatizing the profit. The Democrats and the few Republicans who oppose portfolio limitations could not possibly do so if their constituents understood what they were doing.”

Now that the collapse has occurred, the roadblock built by Senate Democrats in 2005 is unforgivable. Many who opposed the bill doubtlessly did so for honorable reasons. Fannie and Freddie provided mounds of materials defending their practices. Perhaps some found their propaganda convincing.

But we now know that many of the senators who protected Fannie and Freddie, including Barack Obama, Hillary Clinton and Christopher Dodd, have received mind-boggling levels of financial support from them over the years.

Throughout his political career, Obama has gotten more than $125,000 in campaign contributions from employees and political action committees of Fannie Mae and Freddie Mac, second only to Dodd, the Senate Banking Committee chairman, who received more than $165,000. 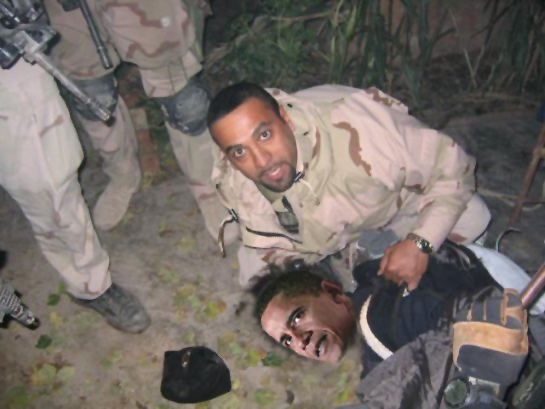 Clinton, the 12th-ranked recipient of Fannie and Freddie PAC and employee contributions, has received more than $75,000 from the two enterprises and their employees. The private profit found its way back to the senators who killed the fix.

There has been a lot of talk about who is to blame for this crisis. A look back at the story of 2005 makes the answer pretty clear.

Oh, and there is one little footnote to the story that’s worth keeping in mind while Democrats point fingers between now and Nov. 4: Senator John McCain was one of the three cosponsors of S.190, the bill that would have averted this mess.

(Kevin Hassett, director of economic-policy studies at the American Enterprise Institute, is a Bloomberg News columnist. He is an adviser to Republican Senator John McCain of Arizona in the 2008 presidential election. The opinions expressed are his own.)

To contact the writer of this column: Kevin Hassett at khassett@aei.org