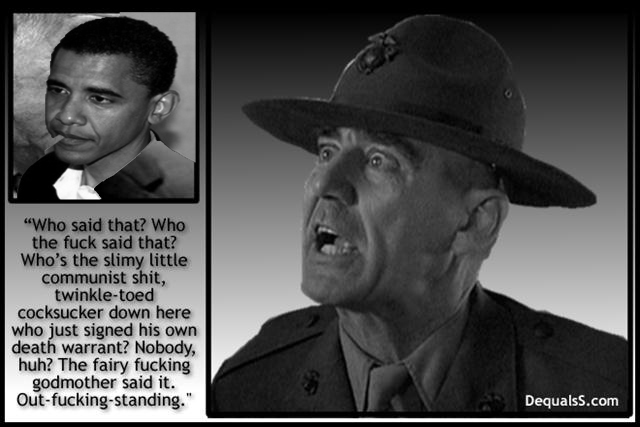 THE WHITE HOUSE
Office of the Press Secretary

PRESIDENTIAL RECORDS
By the authority vested in me as President by the Constitution and the laws of the United States of America, and in order to establish policies and procedures governing the assertion of executive privilege by incumbent and former Presidents in connection with the release of Presidential records by the National Archives and Records Administration (NARA) pursuant to the Presidential Records Act of 1978, it is hereby ordered as follows:

Obama Eligibility Being Sought By 36 Lawmakers In Arizona

BORN IN THE USA?

More than a year and half after Barack Obama was elected commander in chief, the governor of Hawaii is now publicly voicing the alleged exact location of Obama’s birth, saying “the president was, in fact, born at Kapi’olani Hospital in Honolulu, Hawaii.”

The disclosure is believed to be the first time a state government official has declared the precise place where Obama was born, despite numerous other published claims, including some for a different hospital in Honolulu.

The remark came Sunday night when Gov. Linda Lingle, a Republican, was interviewed on New York’s WABC Radio by host Rabbi Shmuley Boteach. (The subject was addressed at the 77-minute mark.)

“It’s been an odd situation,” Lingle said, referring to the continuing controversy over the disputed natural-born citizenship of Obama. “This issue kept coming up so much in the campaign, and again I think it’s one of those issues that is simply a distraction from the more critical issues that are facing the country.

“So I had my health director, who is a physician by background, go personally view the birth certificate in the birth records of the Department of Health, and we issued a news release at that time saying that the president was, in fact, born at Kapi’olani Hospital in Honolulu, Hawaii. And that’s just a fact and yet people continue to call up and e-mail and want to make it an issue and I think it’s again a horrible distraction for the country by those people who continue this.”

Although the governor now claims she issued a news release stating Kapi’olani is Obama’s birthplace, the actual release said no such thing, making no reference to Kapi’olani nor any other specific location ofObama’s birth.

At the time of the 2008 election, the release featured the state’s director of health, Chiyome Fukino, who said: “There have been numerous requests for Sen. Barack Hussein Obama’s official birth certificate. State law (Hawaii Revised Statutes §338-18) prohibits the release of a certified birth certificate to persons who do not have a tangible interest in the vital record.

“Therefore, I as Director of Health for the State of Hawai’i, along with the Registrar of Vital Statistics who has statutory authority to oversee and maintain these type of vital records, have personally seen and verified that the Hawaii State Department of Health has Sen. Obama’s original birth certificate on record in accordance with state policies and procedures.

“No state official, including Governor Linda Lingle, has ever instructed that this vital record be handled in a manner different from any other vital record in the possession of the State of Hawaii.”

Months later, in July 2009, she added another comment: “I, Dr. Chiyome Fukino, Director of the Hawaii State Department of Health, have seen the original vital records maintained on file by the Hawaii State Department of Health verifying Barack Hussein Obama was born in Hawaii and is a natural-born American. I have nothing further to add to this statement or my original statement issued in October 2008 over eight months ago.”

Lingle’s radio statement could add further confirmation that a long-form, hospital-generated birth ceritifcate still exists, despite a February report by Britain’s Sky News which stated: “Authorities in Hawaii have provided an electronic record of Obama’s birth because the paper copy was destroyed in a fire which wiped out much of the state’s archives.”

Ironically, the governor’s pinpointing of the Kapi’olani Medical Center for Women and Children as well as her health director’s previous public statements on the matter statement are in apparent violation of Hawaii state law.

In two separate telephone interviews with WND, Janice Okubo, the Health Department’s public information officer, told WND that Hawaii law prohibited her from commenting on the birth records of any specific person.

That section states regarding the release of vital statistics records, “The department shall not permit inspection of public health statistics records, or issue a certified copy of any such record or part thereof, unless it is satisfied that the applicant has a direct and tangible interest in the record.”

More than one hospital?

An intriguing aspect to the story is that Kapi’olani is not the only Honolulu hospital touted as Obama’s place of birth. Another facility, the Queen’s Medical Center, has also been mentioned as the actual site in numerous publications, including United Press International and the online, myth-busting site Snopes.com.

But within just 90 minutes of WND’s report on the matter, Snopes swapped the location of the president’s birth from the Queen’s Medical Center to Kapi’olani, with UPI soon making the change as well.

Additionally, the archives of National Public Radio listed Obama as being “Kenyan-born,” but the government-funded network subsequently joined Snopes and UPI among sites that adjusted their published reports, eliminating the reference to an Obama birth in Kenya.

The unconfirmed letter from Obama

As WND reported last July, the Kapi’olani Medical Center trumpeted – then later concealed – a letter allegedly written by President Obama in which he ostensibly declares his birth at the facility.

“As a beneficiary of the excellence of Kapi’olani Medical Center – the place of my birth – I am pleased to add my voice to your chorus of supporters,”Obama purportedly wrote.

But the authenticity of that letter remains in doubt. Since WND raised questions about the veracity of the letter itself and its content, the White House has refused to say if the message is real and if its text originated with the president.

When WND correspondent Les Kinsolving asked Press Secretary Robert Gibbs about the letter at the July 13 news briefing, Gibbs dodged the question, refusing to confirm its authenticity while belittling Kinsolving for even posing the question.

“Do all of your listeners and the listeners throughout this country the service to which any journalist owes those listeners, and that is the pursuit of the noble truth,” Gibbs lectured Kinsolving. “And the noble truth is that the president was born in Hawaii, a state of the United States of America.”

Since the medical center used the letter for a high-profile fundraising campaign in the Spring 2009 edition of its Inspire Magazine, the FBI and United States Secret Service said the matter could potentially lead to criminal prosecution were the letter determined to be fraudulent.

“It would be a charity-fraud scheme,” said FBI spokesman Steve Kodak. “It would be investigated by us or the Secret Service. We both have jurisdiction over that.”

Hawaii has been inundated with requests for release of Obama’s long-form, hospital-generated birthcertificate, leading state lawmakers to take action.

They passed a bill last month allowing any Hawaii department to ignore repeated requests for information from the same person, if the department already has responded within a year.

The governor has until July 6 to sign, veto or let the bill become law without her signature, but she admitted she has some concerns, since it could be seen as a reversal of the Freedom of Information Act.

“It’s going backwards in that sense as it relates to public information and an average citizen’s ability to get information that the government might not want them to have for one reason or another,” Lingle said on WABC. “So there is concern on how this would be used. But, again, I’ll take a real good look at it once it comes up.”

Boteach agreed with the governor’s dismissal of those seeking further evidence about Obama’s birth, with the rabbi calling them “irrational critics” concerned “with this nonsense about this birth certificate.”

Gov. Lingle responded: “It is a distraction from the bigger issues of the day, and while I agree with the president on some things, I have some strong disagreements on others, this issue is not one that’s important to the country. Again, it’s been established he was born here. I can understand why people want to make certain that the constitutional requirement of being a natural-born American citizen, I can understand why they feel that’s important – and it is – but the question has been asked and answered, and I think we should all move on now.”

As noted in January, the state launched a new webpage with the information it wants the public to know about its Obama records, including the fact that state law does not “require agencies to respond to all questions asked of the agency.”

Contrary to the claims of critics of citizens who demand Obama produce evidence of his presidential eligibility, newspaper birth announcements in Hawaiian newspapers in 1961 did not necessarily indicate a baby was even born in the state.

The birth announcements offer no proof of citizenship, because they might reflect nothing more than information a family filed with the Hawaii Department of Health to obtain a state Certification of Live Birth for a baby born outside Hawaii. Any parent presumably would see the benefit of securing American citizenship for their child.
WND has reported on dozens of legal challenges to Obama’s status as a “natural born citizen.” The Constitution, Article 2, Section 1, states, “No Person except a natural born Citizen, or a Citizen of the United States, at the time of the Adoption of this Constitution, shall be eligible to the Office of President.”

Some of the lawsuits question whether he was actually born in Hawaii, as he insists. If he was born out of the country, Obama’s American mother, the suits contend, was too young at the time of his birth to confer American citizenship to her son under the law at the time.

Other challenges have focused on Obama’s citizenship through his father, a Kenyan subject to the jurisdiction of the United Kingdom at the time of his birth, thus making him a dual citizen. The cases contend the framers of the Constitution excluded dual citizens from qualifying as natural born.

Because of the dearth of information about Obama’s eligibility, WND founder Joseph Farah has launched a campaign to raise contributions to post billboards asking a simple question: “Where’s the birth certificate?”

The campaign followed a petition that has collected more than 500,000 signatures demanding proof of his eligibility, the availability of yard signs raising the question and the production of permanent, detachable magnetic bumper stickers asking the question.

The “certification of live birth” posted online and widely touted as “Obama’s birth certificate” does not in any way prove he was born in Hawaii, since the same “short-form” document is easily obtainable for children not born in Hawaii. The true “long-form” birth certificate – which includes information such as the name of the birth hospital and attending physician – is the only document that can prove Obama was born in Hawaii, but to date he has not permitted its release for public or press scrutiny.

Oddly, though congressional hearings were held to determine whether Sen. John McCain was constitutionally eligible to be president as a “natural born citizen,” no controlling legal authority ever sought to verify Obama’s claim to a Hawaiian birth.