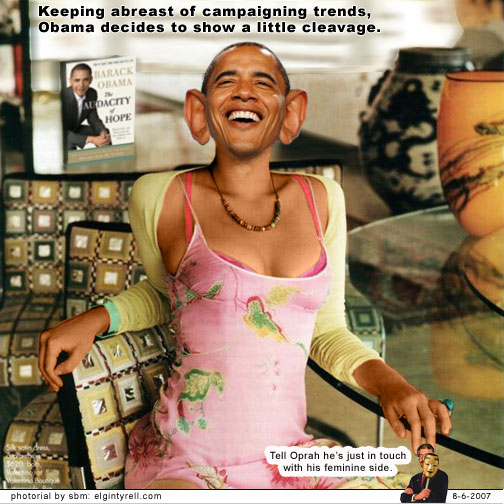 Leonardo DiCaprio is a big supporter of saving the planet LOL. George Clooney is always at the U.N., trying to prevent more mass murder and starvation in Darfur. Matt Damon recently criticized Sarah Palin, saying if she were elected vice president it would be “like a really bad Disney movie–‘The Hockey Mom.’ ” Agree or disagree with their stands–would that really stop you from seeing their movies? Uh Yes!

If you ask conservatives, the answer is yes. I wrote a post yesterday analyzing the box-office failure of “Body of Lies,” which starred Russell Crowe (Who committed Adultry With Dennis Quaid’s Wife) and DiCaprio in a Middle East political thriller. According to my favorite conservative blogger, Dirty Harry (who was nice enough to call my post “thoughtful”), I missed the real issue. As he put it:

“Many Americans no longer trust Hollywood not to insult their beliefs and values…. Goldstein brushes past the idea that the fall of the movie star (other than Will Smith and Adam Sandler) might have something to do with their strident and boorish politicking. Even Americans in sympathy with what DiCaprio and Clooney believe don’t want to be scolded about the environment by the private jet, mansion-dwelling crowd. We want to like our movie stars but today’s crop just isn’t all that likeable. We want to project onto our movie stars and neither in real life nor even up on the screen are we allowed to do so anymore…. When they wig out and go all liberal or outright anti-American it destroys their reliability, likeability and our ability to project all in one fell swoop.”

was not alone. The comments inspired by the post were full of similar anti-movie star venom, inspired either because of their bad behavior (there seems to be an entire lynch mob of Russell Crowe haters out there) or because of their political stances. What’s fascinating to me is that people aren’t just peeved. They’re foaming-at-the-mouth incensed. Here’s how one reader put it:

“THE STUDIOS WILL ONE DAY REALIZE THAT THEIR MOVIES WILL MAKE MONEY WHEN THEY START GETTING THEIR ACTORS TO SHUT THEIR PIE HOLES!!! I HAVE A HUGE LIST OF ACTORS THAT I CONSIDER UNAMERICAN. LEO IS ONE OF THEM. MATT IS ANOTHER. GO AHEAD MATT!!! MADE FUN OF PALIN AGAIN YOU IDIOT, I WILL NEVER PAY A DIME TO SEE ANOTHER ONE OF YOUR MOVIES YOU UNTALENTED LIBERAL BAFFOON!!! CLOONEY, DAMON, LEO, GLOVER, HOFFMAN, PENN, SPIKE LEE … THE MORE YOU OPEN YOUR MOUTH ABOUT POLITICS THE LESS LIKELY PEOPLE ARE GOING TO GO SEE YOUR MOVIES!!”

But back to Dirty Harry: I respect his point of view, but I think he’s over-simplifying. You could make the argument that Sean Penn is strident or occasionally boorish about his politics–or for that matter, about his inalienable right to smoke in public places, which I suspect is a position Dirty Harry might support. But DiCaprio? Would you really label his mild-mannered, earnest pleas to save the planet boorish? If you really think saving the planet is–how should I put this–overrated, you could just as easily tune him out. And if you’re arguing that DiCaprio or Clooney’s political views are really hurting their movies with the American people, then how come U2’s Bono–who not only endlessly circles the globe trying to save the planet, but even politicks about it on stage at his concerts–is phenomenally popular, selling more records than ever, with no discernible backlash from his many followers?

Should Hollywood stars really just put a sock in it? And how will Oliver Stone’s politics impact the box-office reception of “W.”?  Keep reading:

No one is saying audiences aren’t often turned off by how star talent behaves in their private life. Woody Allen’s career was certainly damaged by his dumping Mia Farrow and taking up with her adopted daughter. People laughed when he chased women in his movies, even women half his age, but when he did it in real life, it felt creepy. Of course, now he’s bounced back, time healing all wounds. And don’t forget about Kevin Costner. When he left his high school sweetheart wife for a hula dancer, he lost a big chunk of his female following, because his actions offscreen clashed with his onscreen good-guy persona. 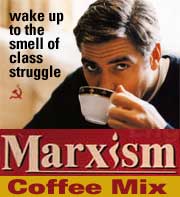 But politics is harder to pinpoint than personal values. George Clooney’s politics aren’t any more radical than Humphrey Bogart’s politics were in the 1940s. They were both old-fashioned liberals who stuck up for a few good causes, but onscreen played either likable rogues or heroes torn asunder by events swirling around them. I don’t see a clash there, simply a knee-jerk conservative disdain. An even more complicated case would be Oliver Stone. If “W.” fizzles, which seems likely, can the right really blame it on Stone’s lefty political views? Or if it fails, it is simply because people have lost interest in George W. Bush, in real life as well as on screen?

If Dirty Harry really believes “W.” could fail because people are offended by Stone’s offscreen politics, then how does he explain the surprising success of “World Trade Center,” Stone’s previous film. Even though the movie was a grim reminder of one of our country’s worst tragedies, it did $70.3 million in the U.S. alone, easily outdistancing “Good Night, and Good Luck,” “Lions for Lambs,” “In the Valley of Elah,” “Rendition,” “The Lucky Ones,” “Syriana” and all the other politically themed movies conservatives love to hate. If the case is that moviegoers won’t see films by outspoken political lefties, they why didn’t moviegoers punish Stone when he made “World Trade Center”?

The real flaw in the argument about all these politically minded Hollywood types is this–they’re not out of step with the American people. I hate to be the one to break the news, but the American people, by a broad majority, have turned against the war in Iraq, seeing it as a waste of American lives and a misuse of valuable resources that could be better spent on reviving our own schools and healthcare system. The American people aren’t insulted by actor’s preaching about saving the planet–they want to save the planet too, by a broad margin.

Of course, the small minority of die-hard conservatives can choose to take offense all they want. But I don’t buy that a sizable amount of moviegoers are actually, like the guy I quote up above, dutifully compiling an enemies list of actors whom they refuse to see in a movie because they disagree with their political beliefs. Honestly, those are people who don’t really like movies all that much in the first place–they’re just looking for an excuse not to go. It could just as easily be the way theaters play 20 minutes of commercials before the featured attraction or let people text on their BlackBerries in the middle of movies.

For true movie fans, love is blind. There have been too many actors who’ve behaved badly or tub-thumped for crackpot causes who’ve been happily forgiven because they shined up on screen. On his site, Dirty Harry does a wonderful job of reviewing old movies and recommending vintage films for people to see. His choices often include movies whose actors or filmmakers were dingbat left wingers and ardent liberals. Why doesn’t it bother him? Because long after we’ve forgotten or forgiven movie stars for their silly excesses, we remain seduced by what they’ve done on screen.