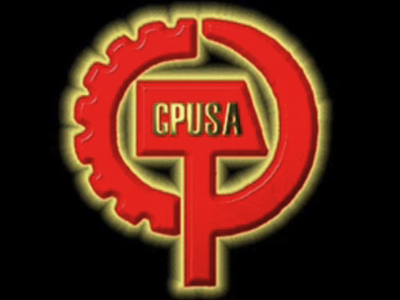 Sens. Kerry, Lieberman, and Graham have been meeting behind closed doors for months, presumably writing a new climate and energy bill. Without much word coming from the three, environmentalists have been left to speculate on the bill’s contents. Conventional wisdom said that the bill is a tweak of the climate and energy bill that passed the House last year, but now word is coming out that the bill will scrap the cap-and-trade piece of the House bill in favor of a more targeted approach on three sectors of the economy–transportation, electric utilities, and industry.

The Washington Post’s Juliet Eilperin and Steven Mufsonreport this morning that the new bill will cap smokestack emissions and impose some form of a carbon tax.

According to several sources familiar with the process, the lawmakers are looking at cutting the nation’s greenhouse gas output by targeting, in separate ways, three major sources of emissions: electric utilities, transportation and industry.Power plants would face an overall cap on emissions that would become more stringent over time; motor fuel may be subject to a carbon tax whose proceeds could help electrify the U.S. transportation sector; and industrial facilities would be exempted from a cap on emissions for several years before it is phased in. The legislation would also expand domestic oil and gas drilling offshore and would provide federal assistance for constructing nuclear power plants and carbon sequestration and storage projects at coal-fired utilities.

“This is a different bill,” Lieberman said in an interview. “We haven’t abandoned the market-based idea, but we’re willing to negotiate with colleagues who have different ideas.”

By attacking each sector separately, the lawmakers seem to be offering solutions that will mollify different audiences. The hodgepodge approach, as opposed to an economy wide cap and trade mechanism, will certainly be an interesting experiment if it becomes law. Even more enticing is the idea of trying out a cap and dividend approach, something many environmental justice advocates have been trumpeting for some time.

The lens that these proposals must be seen through is that of solutions to climate change and our collective responsibility to do what we can to roll back its effects. Most models say that emissions must peak in 2015 and then dramatically be cut to close to 0 by 2050. The contents of the new Senate bill may or may not send a signal to the world that the US is serious about climate change, thereby threatening the possibility of a global deal on cutting emissions.

Another piece of the puzzle is money set aside for mitigation, adaptation, forest protection and tech transfer. In Copenhagen, Hillary Clinton pledged $100 billion to these efforts but did not specify where the money would come from or what share of the sum would come from the US

LEXICON OF ‘INDEPENDENT’ IS AN ILLUMINATI PLAY ON WORDS, FOR TRAITOROUS BASTARDS SUCH AS LIEBERMAN.

OTHER ILLUMINATI SHIT SCHEMES, THAT LIEBERMAN FEELS IS MORE IMPORTANT THAN THE CONSTITUTION!

Other presidential directives ordered abductions, torture and indefinite detentions. In November 2001, Military Order Number 1 empowered the Executive to capture, kidnap or otherwise arrest non-citizens (and later citizens) anywhere in the world for any reason and hold them indefinitely without charge, evidence, due process or judicial fairness protections of law.

The 2006 Military Commissions Act authorized torture and sweeping unconstitutional powers to detain, interrogate and prosecute alleged suspects and collaborators (including US citizens), hold them (without evidence) indefinitely in military prisons, and deny them habeas and other legal protections.

Section 1031 of the FY 2010 Defense Authorization Act contained the 2009 Military Commissions Act, listing changes that include discarding the phrase “unlawful enemy combatant” for “unprivileged enemy belligerent.” More on that below. 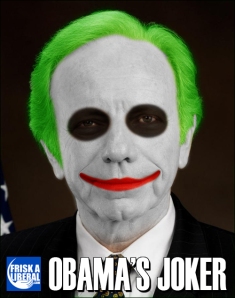 Seamlessly, Obama continues Bush administration practices and added others, including:

— greater than ever surveillance;

— preventively detaining individuals ordered released – “who cannot be prosecuted,” he said, “yet who pose a clear danger to the American people;”

— a secret “hit list” authorizing CIA and Pentagon operatives to kill US citizens abroad based on unsubstantiated evidence they’re involved in alleged plots against America or US interests;

— state secrets privilege to block lawsuits by victims of rendition, torture, abuse or warrantless wiretapping; and

Now, the March 4 S. 3081: Enemy Belligerent, Interrogation, Detention, and Prosecution Act of 2010 to interrogate and detain “enemy belligerents who commit hostile acts against the United States to establish certain limitations on the prosecution of such belligerents, and for other purposes.”

ANATHEMA TO BUSH, DAVID ROCKEFELLER, SOROS, QUEEN LIZZY II, SOETORO, PELOSI, REID, SCHUMER, GRAYSON, JINDAL, ROTHSCHILD, POWEL, CARTER, CLINTON, MAURICE STRONG, GORE, MCCAIN, LIEBERMAN, GRAHAM, RAUM E., BOXER, ANATHEMA TO THEM ALL,  AND IT IS TIME FOR WE THE PEOPLE, TO STAND UP AND GIVE THESE NWO NARCISSISTS THEIR OWN NUREMBERG!

On the Senate floor, John McCain explained it, saying “we still don’t have a clear mechanism, legal structure, and implementing policy for dealing with terrorists who we capture in the (alleged) act of trying to bring about attacks on the United States and our national security interests at home and abroad.”

These suspects have no right to “Miranda warnings and defense lawyers. Instead, the priority and focus must be on isolating and neutralizing the immediate threat and collecting intelligence to prevent” any attacks.

“I (also) believe we must establish a system for long-term detention of terrorists who are too dangerous to release, but who cannot be tried in a civilian court” because no evidence exists to convict them. 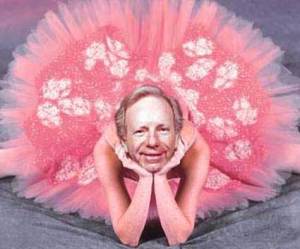 “These are not common criminals. They are war criminals. Anyone we capture in this war should be treated as a prisoner of war, held by the military, interrogated for information that will protect Americans and help us win this war and then where appropriate, tried not in a normal federal court where criminals are tried but before a military commission.”

— targeting anyone worldwide, including US citizens, “suspected of engaging in (or materially supporting) hostilities against the United States or its coalition partners through an act of terrorism, or by other means…;”

— placing such individuals “in military custody for purposes of initial interrogation and determination of status in accordance with the provisions of this Act;”

— transporting them to intelligence officials for more interrogation;

— determining who may be a “high-value detainee (HVD);”

— deciding on a “Final (status) Determination” within 48 hours, “to the extent practicable;”

— letting the President establish HVD interrogation group operations and activities, including whether detainees “meet the criteria for treatment as a high-value detainee for purposes of interrogation….,” including the potential threat held individuals pose:

(1) for an attack against America, its citizens, US military personnel or facilities;

(3) membership in or affiliation with Al Qaeda; and

(4) “such other matters as the President considers appropriate.”

Pending final determination, detainees “shall be treated as unprivileged enemy belligerent(s),” defined as:

“An individual, including a citizen of the United States (to) be detained without criminal charges and without trial for the duration of hostilities against the United States or its coalition partners in which the individual has engaged, or which the individual has purposely and materially supported, consistent with the law of war and any authorization for the use of military force provided by Congress pertaining to such hostilities.”

An “unprivileged enemy belligerent” means anyone (with or without evidence) suspected of “engag(ing) in (or materially supporting) hostilities against the United States or its coalition partners,” including alleged Al Qaeda members.

— Hamdi v. Rumsfeld (2004) granting US citizen Yaser Hamdi and other Guantanamo detainees habeas rights to challenge their detentions in federal courts; and

— Hamdan v. Rumsfeld (2006) denying Guantanamo military commissions “the power to proceed because (their) structures and procedures violate both the Uniform Code of Military Justice and the four Geneva Conventions signed in 1949.”

Obama-ordered preventive detentions (against uncharged persons) and S. 3081 violate international law, the Constitution, and the above Supreme Court decisions.

Writing for the Jurist Legal News & Research, University of Utah Law Professor, Amos Guiora, calls the proposed bill “the latest example of panic-based legislation” in the wake of the (false flag) December airplane bombing and whether alleged 9/11 suspects will be tried in federal or military courts – Khalid Sheikh Mohammed and others falsely charged based on tortured-extracted confessions.

Holding detainees through “end of hostilities in the terrorism paradigm is a euphemism for indefinite detention….subject(ing) an extraordinarily broad group of persons” to cruel and inhumane treatment based on unsubstantiated charges, and denying them due process and judicial fairness.

“a fundamental miscarriage of justice created by the unconstitutional denial of the right to counsel, the right to remain silent, the right to be free from arbitrary, let alone indefinite detention, and the right to a day in court.” Unfortunately, too often “legitimacy and justification take a back seat” to expediency and the political climate of the times.

“Republicans and Democrats alike have failed to articulate, create and implement a lawful interrogation, detention and trial regime for post-9/11 detainees. That is shameful and reflects negatively on two Presidents, the Congress and the Supreme Court.”

The major media also. Their reports hype the threat, pre-determine guilt, and influence public opinion to believe government-charged individuals are dangerous, guilty, and should be confined to deter “terrorism.”

Yet the Constitution’s Fifth Amendment states:

“No person shall….be deprived of life, liberty, or property without due process of law….;” and

No “State (may) deprive any person of life, liberty, or property, without due process of law; nor deny to any person within its jurisdiction the equal protection of the laws.”

Yet in a climate of fear and intimidation, everyone is potentially vulnerable to legislative lawlessness if congressional timidity lets S. 3081 pass in an election year.

According to Guiora, it comes down to “the rule of law or the rule of fear.” Protecting American citizens and national security is one thing. Discarding core legal principles to do it reflects the worst elements of police state justice.

Stephen Lendman lives in Chicago and can be reached at lendmanstephen@sbcglobal.net. Also visit his blog site at sjlendman.blogspot.com and listen to cutting-edge discussions with distinguished guests on the Progressive Radio News Hour on the Progressive Radio Network Thursdays at 10AM US Central time and Saturdays and Sundays at noon. All programs are archived for easy listening.