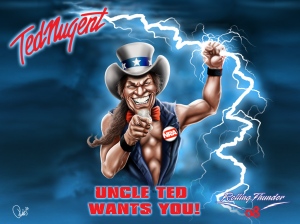 The easy play would be to be angry at the nine banks who received $175 billion taxpayer dollars through the Troubled Asset Relief Program and then shelled out $33 billion of these dollars in bonuses to employees. The very employees who steered the ships into the rocks.

Americans have a right and an obligation to be angry.   We just need to be sure our anger is aimed at the right target.

Indeed, the banks who received our tax dollars should have been wiser with our cash.  Thirty-three billion smackers is a lot of bonus money.  According to the July 31st Wall Street Journal, 5,000 bank employees were paid at least one million green backs in bonuses.

To be fair, many bank employees receive the majority of their compensation in bonuses.  Fair-minded people know that banks need to keep their talented investment and banking professionals.

What does not make sense to thinking, logical Americans is that these obviously-talented
people are compensated so handsomely when the economy is in the worst condition in decades.  Layoffs are the norm right now in middle America, not bonuses–especially million-dollar bonuses.

Even knowing that, the focus of our anger should once again be on Fedzilla.  Fedzilla is to blame, as the bloated congressional bureaucrasaurus shoveled 175 billion of our tax dollars to the banks with hardly any oversight or terms or conditions as to how the banks could use our hard-earned tax dollars.  Our tax dollars were literally given away blindly to banks by Fedzillacrats.

The boondoggle bureaucrats who are charged with handling our money treat our tax dollars as if it were Monopoly money.  Years ago our forefathers would have tarred and feathered these Fedzilla bandits.  Today, we reward these bandits by re-electing them and then we are shocked and angered when our tax dollars are repeatedly wasted, stolen, lost or misused.  Wake up America.  Our government is working against us, not for us.

And now Barry O, the White House mis-organizer and his crew want to shove through a health care bill that no one on Capital Hill has read or understands.  Estimated cost to
the taxpayer:  One trillion dollars.

Which means, of course (once the bureaucrasaurs get done with it) that it will cost two to three times that much.  Hundreds of billions of dollars will be wasted and lost if Fedzilla takes over the health care program in America. It is what the beast does. The best indicator of future performance is past performance.

The Fedzillacrats who support Barry O’s bankrupting of America would rather play party politics by robbing future generations of Americans than do what is prudent and wise for America.  They are pathetic excuses for politicians and people.  I wouldn’t order my dogs to cross the street to lift a leg on these Fedzillacrats even if they were on fire.

While I harbor unimaginable disgust and disdain for the socialists and Marxists in the Democratic Party, my radar is finely tuned on the Republican Party who until recently abandoned their most basic and fundamental charter:  the government that governs least, governs best.

Woe be unto the RINOs in the Republican Party who sign onto anything the rookie in the White House advocates.  With a ferocious intensity the likes of which the music industry has never seen, initial planning is underway for my band to launch a raging, urban sonic assault across America in the summer of 2010.  Oh, come all ye faithful.  I will turn the skulls of musical fun gluttons into dust at night and hunt RINOs in the media during the day.  My guitars have already begun to growl, snarl and breed at night when the moon is full like the animals that they are.

My singular mission in life is to ensure my great grandchildren inherit a better America than what I have enjoyed.  That’s the real American Dream.  Dream it with me or be a punk. I won’t go away, will you? I am terminally addicted to that “we the people” ideal.