“The man Rothschild chooses—that man will become President of the United States,”

Texe Marrs was told by an insider. So, who was Rothschild’s Choice in 2008? The answer is obvious: Barack Hussein Obama!

The fourth Baron de Rothschild, Lord Jacob Rothschild of Great Britain, has been called the 21st Century’s “King of Israel.”

He and other Rothschilds preside over the planet’s greatest banking cartel, and Wall Street firms Goldman Sachs, Morgan Stanley, Citibank, and others bow to Rothschild dictates.

Rothschild’s Choice documents the astonishing rise of a young, half blood “Prince” of Jerusalem, a Communist adept named Barack Obama who won Rothschilds‘ favor—and was rewarded for his slavish devotion to their sinister Agenda.

Here are the revelations that dissolve the mystery of Obama’s meteoric, virtually unheralded rise to global prominence and his elevation to the highest seat of superpower government—the White House. 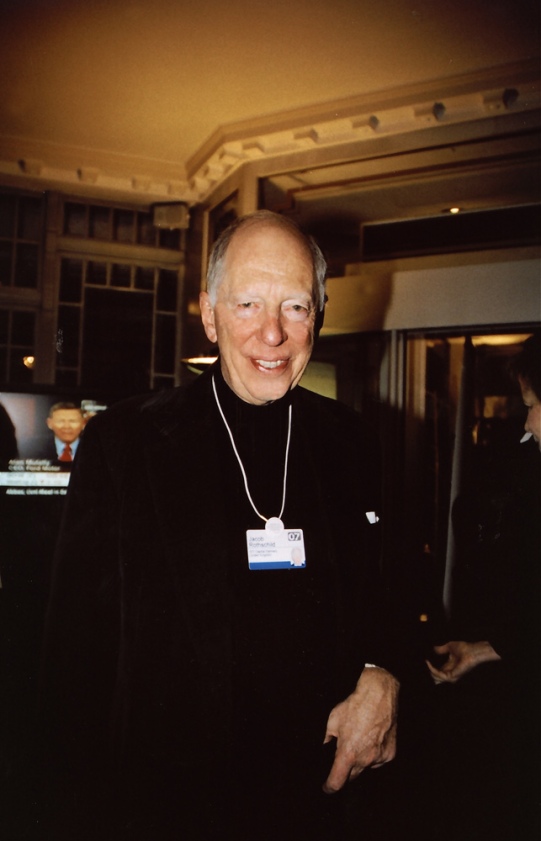 The Department of Justice would have a very hard time not finding the vertical structure of the rothschild banking cartel, as a company of unfair competition against other providers of financial services.

For example, by charging high usury rates for worthless derivative mortgages, is not only TREASON against The United States, but also precludes any local service to other providers of financial services (which require local financial service), Rothschild has increasingly harmed other financial competitors.

Another concern the Department of Justice would have to face would be the difficulty of monitoring cost-shifting among Rothschild regulated  financial services and other relatively unregulated businesses (such as TREASON).

A resulting breakup of the Rothschild Federal Reserve And Any Rothschild company would presumably mitigated the government’s concerns.

Free and open markets are the foundation of a vibrant economy. Aggressive competition among sellers in an open marketplace gives consumers — both individuals and businesses — the benefits of lower prices, higher quality products and services, more choices, and greater innovation.

FTC’s competition mission is to enforce the rules of the competitive marketplace — the antitrust laws.

The FTC’s Bureau of Competition, working in tandem with the Bureau of Economics, enforces the antitrust laws for the benefit of consumers.

When Texe Marrs Speaks Of The Jews, He Is NOT speaking Of The Abrahamic Jews. He Is Speaking Of The Khazarian Zionist Who Hide Behind The Jews aka; Secular Banking Cabalists.

The Bureau of Competition has developed a variety of resources to help explain its work.

For an overview of the types of matters investigated by the Bureau, read Competition Counts. This Guide to the Antitrust Laws contains a more in-depth discussion of competition issues for those with specific questions about the antitrust laws.

From the menu on the left, you will find Fact Sheets on a variety of competition topics, with examples of cases and Frequently Asked Questions.

Within each topic you will find links to more detailed guidance materials developed by the FTC and the U.S. Department of Justice.

For additional information about the work of the Bureau, or to report a suspected antitrust violation, contact us.

To learn more about how the Bureau is organized and who to contact with a competition question, consult the Bureau of Competition User’s Guide.

The Commission cannot represent individuals or businesses and these resources are not intended to substitute for legal advice.

Congress passed the first antitrust law, the Sherman Act, in 1890 as a “comprehensive charter of economic liberty aimed at preserving free and unfettered competition as the rule of trade.”

In 1914, Congress passed two additional antitrust laws: the Federal Trade Commission Act, which created the FTC, and the Clayton Act.

With some revisions, these are the three core federal antitrust laws still in effect today.

The antitrust laws proscribe unlawful mergers and business practices in general terms, leaving courts to decide which ones are illegal based on the facts of each case.

Courts have applied the antitrust laws to changing markets, from a time of horse and buggies to the present digital age. Yet for over 100 years, the antitrust laws have had the same basic objective: to protect the process of competition for the benefit of consumers, making sure there are strong incentives for businesses to operate efficiently, keep prices down, and keep quality up.

Here is an overview of the three core federal antitrust laws.

Long ago, the Supreme Court decided that the Sherman Act does not prohibit every restraint of trade, only those that are unreasonable.

For instance, in some sense, an agreement between two individuals to form a partnership restrains trade, but may not do so unreasonably, and thus may be lawful under the antitrust laws.

On the other hand, certain acts are considered so harmful to competition that they are almost always illegal. These include plain arrangements among competing individuals or businesses to fix prices, divide markets, or rig bids.

These acts are “per se” violations of the Sherman Act; in other words, no defense or justification is allowed.

The penalties for violating the Sherman Act can be severe. Although most enforcement actions are civil, the Sherman Act is also a criminal law, and individuals and businesses that violate it may be prosecuted by the Department of Justice.

Criminal prosecutions are typically limited to intentional and clear violations such as when competitors fix prices or rig bids. The Sherman Act imposes criminal penalties of up to $100 million for a corporation and $1 million for an individual, along with up to 10 years in prison.

Under federal law, the maximum fine may be increased to twice the amount the conspirators gained from the illegal acts or twice the money lost by the victims of the crime, if either of those amounts is over $100 million.

bans “unfair methods of competition” and “unfair or deceptive acts or practices.”

The FTC Act also reaches other practices that harm competition, but that may not fit neatly into categories of conduct formally prohibited by the Sherman Act. Only the FTC brings cases under the FTC Act.

Addresses specific practices that the Sherman Act does not clearly prohibit, such as mergers and interlocking directorates (that is, the same person making business decisions for competing companies).

Section 7 of the Clayton Act prohibits mergers and acquisitions where the effect “may be substantially to lessen competition, or to tend to create a monopoly.” As amended by the Robinson-Patman Act of 1936, the Clayton Act also bans certain discriminatory prices, services, and allowances in dealings between merchants.

The Clayton Act was amended again in 1976 by the Hart-Scott-Rodino Antitrust Improvements Act to require companies planning large mergers or acquisitions to notify the government of their plans in advance.

The Clayton Act also authorizes private parties to sue for triple damages when they have been harmed by conduct that violates either the Sherman or Clayton Act and to obtain a court order prohibiting the anticompetitive practice in the future.

In addition to these federal statutes, most states have antitrust laws that are enforced by state attorneys general or private plaintiffs. Many of these statutes are based on the federal antitrust laws.

AMERICA HAS BEEN ATTACKED FROM THE INSIDE BY ROTHSCHILD’S BANKING CABALISTS OPERATIVES.

You know, thats how the first Rothschild trained his kids. He sent them to different nation states to begin their banking system in their country.

This same modus operandi still continues and is now inside America. This time though, this ‘son of a bitch’ murders and destroys people’s lives in order to HOARD!

← Rothschild’s Federal Reserve: Backstabbing Of The Middle East Arabs
Obama Born Again? 2 1/2 Years Of Deception & A $2.8 Million Law Tab In Blocking Eligibility Lawsuits! But Wait, Why Did Barry Lie On His 2004 Senate Papers? →