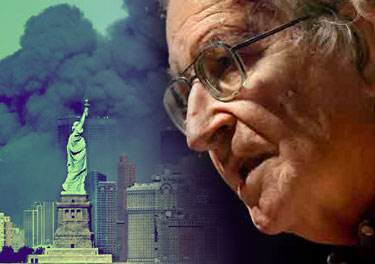 CURRENTLY 2011, BARNEY FRANK, AND HARRY REID ARE SITTING ON THE LEGISLATION THAT WOULD REVERSE THE BAILOUT OF THE LONDON BASED BANKS.

Before Listening To Lyndon LaRouchePAC Please Consider How We Bailed Out/Absorbed The International Banking Cartel’s Massive Debt On The Housing Bubble Scam. This Scam Was Accrued BY Writing Fraudulent Mortgages To People When The Banks Had No Money. So They Used Paper Contracts Saying That The Predatory Mortgages Derived aka; Derivative their value from some other property like perhaps a hospital building, a bridge, or another residential house etc etc.

Now Please Consider That The Glass Steagall Act If Reenacted, Would Nullify This Past Bailout Of $Trillions And Bankrupt Those Who Are Driving The New World Order, Who Are Also Driving Other Nation States In The Ground By Derivative Paper.

So When I Thought About The Republicans Like [ Cantor And Boehner ] Speak About Saving $60 Billion (hey remember when they promised $100B?) By Defunding Some Programs, While Barry Soetoro Wants Another $153 Billion Himself For Fannie/Freddie Bailout, It Was Easy To Conclude That The Republicans Are Doing Absolutely NOTHING Of Significance, Except In Perhaps In Throwing To The American Public A Tiny $60 Billion Dollar Moral Bone. I Though Of The Activities Of Eric Cantor Who IS FINANCED By London And Those Who May Think The Republicans Are Really On A Roll, Of The Merry Ole’ Land Of Oz.

LONDON’S NWO END GAME HOPES ~ Which Is Not The British Government!

THUG TACTICS TO GET OUT OF MIDDLE EAST T-BILL OBLIGATIONS.

UPPER ECHELON OF THE UNITED STATE’S  HAS BEEN ABSCONDED BY ROTHSCHILD BANKING SCALAWAGS!

WHEN AMERICA LEVELS HER EYES FOR ANSWERS, JACOB ROTHSCHILD WILL BE THE FIRST ONE! 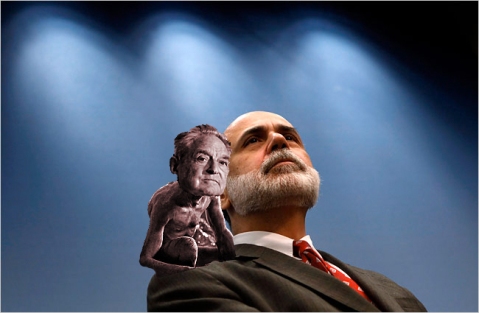 There would be little need to stop production of oil off United States shorelines in their attempt to control population. In fact, the population would continue to expand contrary to their plans of NWO.

WHY THE ROTHSCHILD MEDIA IS LYING TO THE WORLD’S POPULATION ABOUT LIBYA &THE MIDDLE EAST. WHY CONQUERED IRAQ IS KEEPING THE DINAR ARTIFICIALLY UN-PEGGED TO IRAQ’S GDP.

WHY ROTHSCHILD BOUGHT OFF GOONS ARE CHANTING ‘DUMP THE DOLLAR’ AND WHY THIS IS THE SAME MODUS OPERANDI AS THE MEDIA ORCHESTRATED “EMPATHY” WAR IN LIBYA AND SOON TO BE ESCALATED MIDDLE EAST WAR.

THE STORY BEGINS WITH KISSINGER:

When Henry Kissinger was Secretary of State he went to almost every oil producing country in the world. He want to Saudi Arabia and said “I’ll make you rich. I’d like to cut you a deal. If you go along with my deal I’ll see to it that we buy oil from you in America. You will be wealthy and live like Sheiks and have everything you ever wanted IF YOU GO ALONG WITH MY DEAL.”

THE PUMP PHASE of the pump/dump insider trading scam! Rothschild goons orchestrate the pump phase and then with hedge funds they invest ‘against’ everything Middle East!

This is what exactly happened when Bill Clinton repealed FDR’s Glass Steagall Act in 1999. This allowed Rothschild to ‘pump’ up the housing industry with fraudulent housing mortgages known as ‘derivatives’ because they were unbacked. Only The INSIDERS knew that this was going on. The dump phase was when this scheme could not self sustain its self as there were no funds to back the mortgages. All the time the orchestrators of the Housing Bubble invested against the Housing Industry knowing full well it was going to crash. Then in order to secure backing for these unbacked derivative mortgages _ Obama started printing $TRILLIONS sending America into a huge black hole of debt. Who got the MONEY? Rothschild!!!!!

Jacob Rothschild _ Oh Thats Right, I Remember This Guy ~ The Richest Man In The World ~ He’ Was First In Line When It Came To Helping Japan? Well Wasn’t He? Surely Someone Would Think That He Was? Nope? Well Maybe If He’s Visited By 3 Spirits, He’ll See Things In A Different Light By Morning!

Anyone have any idea whats going to occur next in this super secret money making scheme using paid off drones?

MIDDLE EAST SIGNED THE AGREEMENT, AND DIDN’T HAVE THE SLIGHTEST IDEA OF WHAT THEY HAD DONE TO THEMSELVES! THIS IS WHAT IS KEEPING THE US DOLLAR AFLOAT TODAY. THERE WERE ONLY 2 COUNTRIES THAT DIDN’T SIGN – IRAN & IRAQ.

OH MY GOSH! ROTHSCHILD SUPER DUPER SECRET FELLOWSHIP CRONIES, GOT THE UNITED STATES TO KICK THEIR ASS. LOOK AT ALL OUR PEOPLE WHO HAD THEIR LIVES SNUFFED OUT OF THEM FOR ROTHSCHILD CENTRALIZATION BANKING SCHEME!

IRAQ HAS BEEN CONQUERED FOR ROTHSCHILD BANKING SCHEME BUT NOT IRAN!

This is why the Iraqi Dinar is being held artificially low and not pegged to its current GDP & GNP!

Rothschild has nearly every country forgiving Iraqi Debt and until Rothschild can get out of paying back The Middle East For Kissinger’s ‘DEAL’ with T-Bills, it is likely to stay unpegged from Iraq’s GDP.

This is why U.S. Barry Soetoro, France Nicholas Sarkozy, And Britain David Cameron who are all Rothschild Junkies are sending your Husbands, Wives, Sons, & Daughters to Libya to foment The Middle East Meltdown. Rothschild and his NWO Cabalists want out of this T-Bill Debt that they printed up using Rothschild Federal Reserve in New York.

This is also why The Rothschild Puppeteers Are pushing for the world to unpeg from the U.S. Dollar. They want out of the mess/debt of printed unbacked currency at the Rothschild Federal Reserve Bilking Machine. What a better way to get out of answering to Congressional hearings after they have absconded The Middle East Wealth And U.S. Wealth through a modus like the The Housing Bubble.

This is why Rothschild Wants to print a NEW currency that will work for all of Canada/U.S./Mexico – they want to erase any connection between them printing money and their DEALS. This North American INCLUSIVE currency will send The U.S. back to the Stone Ages! Can anyone say ‘the why for’ of The Immigration Fiasco? While we’re talking, McCain has already started dismantling our Armed Forces with the discontinuation of the F-22 Raptor down to the Model T of Jet Fighters, The G.E. Fiasco – F-35 flying coffin. Welcome to the world of Judas!

THE DUMP ~ ROTHSCHILD’S DESTINY FOR THE MIDDLE EAST VIA OBAMA!

a) The Middle East is being played like a fiddle by the ‘illuminati’ wing of The London Banking Cartel into chaos. You know ‘stir things up and cause them to be weak from the inside’ _ just like at home here.

b) This is being done to destroy the American Dollar. How? The Federal Reserve is going to renege on paying back The T-Bills that the Teutonic Zionist Henry Kissinger established and The Middle East Will return to riding camels in dust storms ~ but not Iraq _ Iraq will be the Diamond In The Rough!

c) The dollar will plummet to ZERO when Rothschild’s Federal Reserve reneges, because no more oil from the Middle East will ever find its way to our shores again like it is now a days. George Soros hopes the U.S. will be buying from Brazil if he can keep America from Drilling Here Drilling Now. He is heavily invested in Brazil.

d) What The Illuminati has accomplished by using our blood, sweat, and tears is that we won Iraq over and the oil to be harvested is near the surface. All that oil will be used to supply Russia, China. Remember, the Democrats have shut down America and we will become increasingly weak by paying exorbitant prices for oil. We must Drill here drill now and must pass The Glass Steagall Act to break the debt fraudulently conspired by The British Monarchy using worthless paper derivatives in the housing bubble.

THE Muslim Brotherhood is another modus used by the Rothschild Illuminati for the Middle East fomentation.

WHY THE NEW WORLD ORDER SCHEME?

GREED, BRITISH CROWN MORE THAN EVER WANTS THE U.S. SUBJECTED TO HER/ROTHSCHILD BANKS AND IT IS A PERFECT COVER TO HIDE THE CRIMINAL LOOTING ACTIVITY OF THE FEDERAL RESERVE.

NOW THIS IS ONLY THEIR END GAME PLAN, WE MUST BE DILIGENT TO WEED OUT RHINOS, IMPEACH OBAMA, REINTRODUCE THE GLASS STEAGALL ACT .