Congressman Barney Frank, former Chairman of the House Financial Services Committee, helped his then-butt buddy Herb Moses land a nice, lucrative “government job” working at Fannie Mae back in the 1990’s. Even though it happened several years ago, this “news” raises some very legitimate questions about a “conflict of interest,” because in his position as an elected member of Congress, Mr. Frank had direct governmental oversight of Fannie Mae.

Could it be that Congressman Frank used his power and influence to extend an opportunity to his significant other, an opportunity that might not have been so easily accessible to another American?

The Congressman has already dismissed concerns about his ethics as mere “nonsense.” And it’s not the first time Mr. Frank has been discovered in a conflicted situation like this.

Back in 2009 after General Motors officially declared bankruptcy and threw itself at the financial mercy of the U.S. government, a corporate re-organization committee determined that a particular east coast G.M. parts distribution warehouse was losing a lot of revenue and needed to be shut down. It also happened that the failing parts warehouse resided in the state of Massachusetts – in the congressional district that Barney Frank represents, no less,.So, despite the wisdom of the business people who advised the closure, Congressman Frank stepped-in and “negotiated” for the unproductive warehouse to remain open, thus saving the unionized jobs of his constituents. 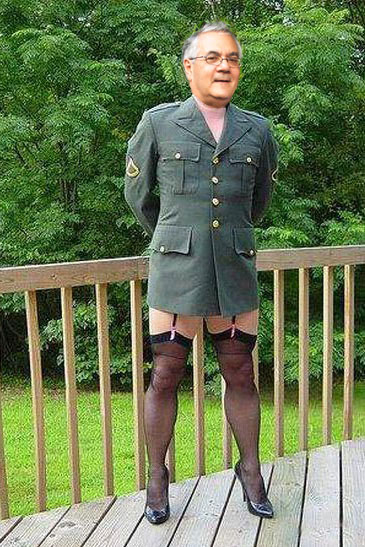 This kind of corruption among elected officials – the use of one’s political position to extend employment, perks and privileges to those who can be politically helpful to the official – has become commonplace across the country. It happens with Democrats and Republicans alike. And it is happening at a time when the federal government is broke, and many state and local governments are nearly broke as well.

This is to say that, ethics and “fairness” aside, government corruption is flourishing at a time when our nation can least afford the price tag of it all.

Liberal Americans became accustomed to lamenting this type of cronyism during the years of Republican reign in Washington last decade. They also bought the lie that, as long as we willingly handed-over more control of our lives and our wealth to Barack Obama, then justice would be done in our American economy and “public money” would be handled in the best interests of “the public.”

Now, after creating the monstrosity known as Obamacare, many of the President’s enthusiasts seem shocked that he is rewarding individuals and organizations that can be politically beneficial to his re-election efforts with the “gift” of Obamacare waivers. And the General Electric Corporation was recently granted a waiver from – gasp! – federal environmental regulations in the process of building an electrical power plant in California. Why G.E.? Probably because the company’s C.E.O. Jeff Immelt is a big Obama donor and supporter.

This type of “political favoritism” has become flagrant, and is out in the open in many parts of the country. What is not so out in the open is the way taxpayer dollars get spent by government agencies and bureaucracies “behind the scenes.” If you’re fed-up with the waste and corruption (as I am), then why not let your voice be heard? I suggest that the following questions would make for a legitimate inquiry to just about any governmental office – from your local public school district, to your congressional representative’s office. Start by identifying a specific period of time – say, calendar year 2010 – and then ask about these items:

1) How much money has been spent on staff mobile telephones and mobile data plans?

2) How much money has been spent on staff travel (air and rental car) expenses, and on hotel accommodations?

3) How much money has been spent on personal “car allowances” – possession and usage of vehicles, fuel and maintenance costs, and insurance costs?

4) What outside “contractors,” “consultants,” and “vendors” have been paid by this office,and how much money has been spent on each of them? What products and services were received in return?

If any government bureaucrat tries to tell you that this kind of information is “confidential,” rest assured that the law is on your side. If taxpayer money is being spent, taxpayers have a right to know about it.