James Paul Warburg Council On Foreign Relations Whose Father (Paul Warburg) Was The Architect Of The 1913 PRIVATE Federal Reserve System. In An Address To The U.S. Senate February 17, 1950

James Paul Warburg (1896-1969) was the son of Paul Moritz Warburg, and a nephew of both Felix Warburg and Jacob Schiff, both associated with Kuhn, Loeb & Company which financed the Russian Revolution through James’ brother Max, banker to the government of Germany.

A world government is a world WITHOUT borders, national sovereignty, constitutions, privacy, autonomy, individual liberties, religious freedoms, private property, the right to bear arms, the rights of marriage and family and a dramatic population reduction (two thirds). A world government establishes a slave/master environment wherein the state controls everything. FASCISM!

When we talk about the top 1% we are no longer talking about the ‘other evil rich people’, the ones who make 250k or above …no we are talking about the stinky creepy rich… you know …the type who hang out on the Forbes 100 list … So let’s take a look at that list shall we? Here are the top 25 or so… Now who is the party of the 1% …the party of Wall Street …The Party of GE and the party of corporate America… always follow the money because when you do you will find Democrat politicians with one hand out and the other hand selling their votes and souls 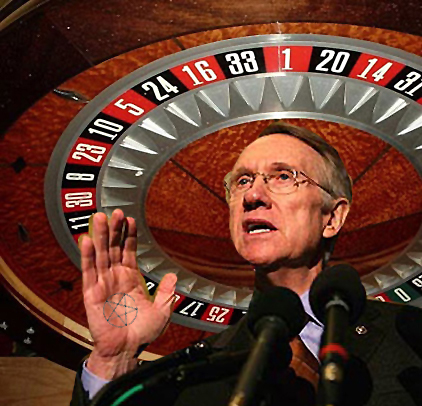 Newt Gingrich is as crooked as a dog’s hind leg ~ He too is a CFR Dude! Council On Foreign Relations.

They completely ignore anything that doesn’t square with ‘the big lie’ because all of their arguments for all of their whiz bang gov’t programs and all of their income re-distributive ideas all require the big lie to be true. Imagine trying to start a class war with no rich people being vilified

Take this beautifully written post by Diogenes for example. When I read it thru the first time my jaw hit my desk in disbelief. I thought to myself “how can anyone believe this stuff …with the truth on these things so easy to access how is it possible to mis-quote reality so consistently and profoundly? Now I know …it’s because of the Big Lie.

What is the Big Lie?

Derivatives – Mortgages based upon non-existant money hurriedly given out to people by predatory loan schemes to actually cause the Bubble so it could be popped and those betting against the housing bubble would reap fortunes. This was constructive fraud and flagrant Inside Trading Scheme where only those doing the predatory loans knew what was about to happen. It matters little if it was only America or all over the world. The sustained awarding of unbacked loans aka; derivatives, to unqualified applicants by predatory enticements, can not be reasoned as anything else but constructive fraud by the Banking Cabalists, to subjugate Nation States to the Banks through relentless indebting.

REMOVE THE DERIVATIVE BASED LOANS AND SANCTION THE NUREMBERG BANKING TRIALS!

BAILOUTS ARE ILLEGAL AND NON-PRODUCTIVE TO ANY NATION STATE CITIZEN!!!

The Big Lie is the lie from which most of their other incidents of wrong thinking flows…it is the belief that the GOP is the party of the rich. The Big lie is the GOP represents only the ‘wealth class”, the big big lie is that the GOP is in the pocket of Wall Street and Big Corporate America, the Big Lie is that all Fox news and Talk Radio report are lies (whenever I see someone say that they never bother to tell us all exactly what lies they are talking about or further attempting to provide any legitimacy to their barking) The Big lie is that the GOP is the overfunded political machine hell bent on instituting anti American ideologies on the unsuspecting citizenry…that they want to suppress the vote and kink the elections and that every time they find themselves in the majority it’s only because they managed to scare and confuse the electorate…and every time they vote according to the values and ideas their election to office was based upon then they are obstructionists and do nothings. But the heart and soul of the Big Lie (pabulum for the unproductive class) is that the GOP is only about money and Wall Street and greed and corporatism which they use to corrupt and subvert our way of life and values. Barf! 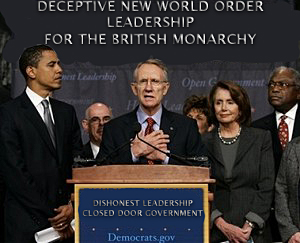 If the GOP is the party who exists to serve its Wall Street masters then why does Wall Street give most of its money to the Democrats?

If the GOP is responsible for the financial meltdown then why does left wing billionaire nutter George Soros keep saying this: “World financial crisis was “stimulating” and “in a way, the culmination of my life’s work.”

George Soros …fresh from enjoying the culmination of his life’s work (wrecking the US economy he says) invests billions of dollars in Petrobas (Brazils big oil company) at the time this became his largest single position in any company … 3 months later US President Obama goes to Brazil and stimulates their economy and specifically Petrobas to the tune of 2 billion US tax dollars (in loan guarantees) so they can expand their offshore drilling shortly after Obama shut down all US Offshore drilling costing the US over 160,000 jobs. And the GOP is in the pocket of big oil and the Wall Street ultra rich? Are you freaking nuts?…This is just 1 out of literally 100′s of examples of Obama propping up America’s competition in service to his Wall Street and international financial masters IT’S NOT THE GOP THEY OWN IT’S THE DEMOCRATS!

When are common sense and the facts, based upon the reality we live in going to start to impacting the lefty’s obsession with the Big Lie?

Following in his father’s footsteps, [Soros] spent many an afternoon as a student in London propounding Esperantism at Speaker’s Corner in Hyde Park.This means Soros speaks Esperanto, the linguistic construction universally considered naive in its intention, of replacing existing linguistic challenges with a synthetic language.This synthetic language is to delude others by inverting ‘empathy’.

LETS KEEP IT REAL SIMPLE, ITS ALL CALLED “LYING” OR “STEALING REALITY”, IN ORDER TO INDUCE ANOTHER DECEPTIVELY TO ACHIVE YOUR ENDS. WHEN THIS IS APPLIED TO INVESTMENTS, ITS CALLED ” PUMP/DUMP” MARKET. WHEN ONE DEVELOPS A MARKET USING THE TECHNIQUES OF ESPERANTISM, ITS CALLED “INSIDER TRADING”.

Goldman Sachs is one of the biggest of the big players on wall street …there are no fewer than 24 top officials / czars/ cabinet members etc in the Obama administration drafted from the list of Goldman Sachs executives … yet the GOP is the party controlled by Wall Street? Give me a break! That’s a Big Lie!

Diogenes quotes Khrushchev’s perception of who the ruling party of the US should be…that’s not an endorsement to brag about, but he goes on to say: “The overseers of the Republican Party – the ultra rich and various whole industries from Wall Street and international oil to health care and pharmaceutical interests – pay vast sums of money to control information and manipulate the electorate” The only problem with that is it does NOT mesh well with reality “Of the 16 Big Wall Street firms who gave large sums of money during the 08 election 16 of them gave most of that money to Democrats!” Isn’t it amazing how facts always disprove what Liberals and progressives wish were true? In my earlier comment up thread I listed the richest 25 people in the US and only 3 of them are Republicans …that’s reality. Thinking that the GOP is the party of the “ultra rich” …that’s Big Lie fantasy. 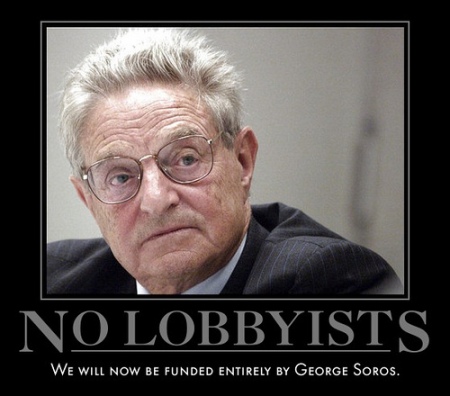 He rightly complains about the corrupting influence of money in our elections ….he mistakenly tries to suggest that the GOP are the people guilty of using super pac money and big corporate money to buy elections. This is certainly consistent with the big lie but also at radical odds with reality. In the 08 election it was Obama who ‘changed his mind’ (aka he lied) when he agreed to stop raising money after the convention and accept the public finance money … The result was that Obama and the DNC spent almost 1 billion dollars buying the necessary votes in the must win states to win the election… outspending the “party of wealth and wall street” by 3-400 million dollars!

He thinks that GOP efforts to stop dead people, and illegal aliens from voting in our elections (for Harry Reid lol) are examples of the GOP kinking our otherwise fair and open elections. His short term memory has forgotten about the felony indictments and defunding of ACORN and the voter registration crimes they committed for the Democrat party in all 50 states. The are forgetting the cheating that occurred when George Soros decided to buy mouth breather and left wing pond scum Al Franken his US Senate seat. Guess that doesn’t mesh with the Big Lie.

When you didn’t think it could shovel any faster we get this: “The One Percent and the party it rules have overreached and America is waking up. That overreach has produced the Occupy Movement which focuses on a prime symptom of the American malaise – gross mal-distribution of wealth” which according to the big lie is believable …but according to reality and the facts (and all of those emails and occupiers who went on the news to tell the world they were being paid $100 a day to be there) is just not so!

And lastly this truly misleading and false claim: “It (the OWS) has produced an awakening in Wisconsin where Republican radicals were unceremoniously evicted from the state senate. It has produced the results we saw in Ohio and Maine and all over the nation on.” Reality says that in Wisconsin the recall efforts which took place before OWS was a failure with 4 of the 6 people targeted for recall keeping their jobs and the GOP keeping their majority. There was no “producing results all over the nation”  …there was a vote on public employee unions in Ohio and that’s it!

I understand that the facts that refute every single justification which leads to his conclusions here will be ignored just as surely as if I had been writing in Japanese. To those of you on the left who think all of today’s evils come to us from the GOP and the right I say … ‘physician …heal yourself”