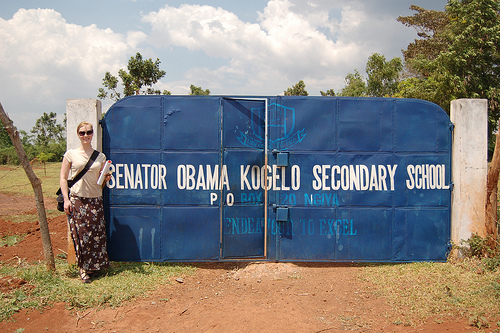 In 2006, Senator Barack Hussein Obama and wife Michelle visited his family and his birth place in Kogelo, Kenya.  The Kenyan government dedicated Obama’s birth place and made it an official national landmark.  His Kenyan family and government all acknowledge that he was born there in Kogelo

Prior to his visit, the people of Kogelo had dedicated their small 4 room school to the US Senator, naming it the Senator Obama Kogelo Secondary School.  The school had been built on land that Obama’s paternal grandfather had donated for the school.

When the senator saw the conditions of the school, which had no running water, no electricity and no sanitation, he promised Yuanita Obiero, the school’s principle,

“I know you are working very hard and struggling to bring up the school, but I have said I will assist the school, and I will do so.”

Five years later, the school has received no assistance from its honored namesake and the town is beginning to give up hope of ever getting anything from him.  They feel he has broken his promise to help, but then what’s new.

If you want to know the truth, I think Obama is not keeping his promise because he is trying to distance himself from his Kenyan birth place and family.  Any form of acknowledgment or assistance to the school or family would be taken as an admission of his birth roots and he can ill afford to do that at this time.

Obama Did Nothing ~ The Forgotten.

The market is where villagers expressed disappointment over hopes they once held that Obama would transform their lives in Kogelo.

Mary Manasse, who runs the Mama Siste Mini Shop selling staples such as bread and cow’s milk packaged in old soda bottles, told researchers she has a photograph of Obama shaking hands with her on his 2006 visit.

“Back then I was looking after 40 orphans at the orphan center,” she recalled. “We faced a desperate shortage of money, and Obama told us that he especially liked special, dedicated projects like ours and wanted to help.

“A few months later we were forced to shut down the orphan center because of lack of funds. Just a million Kenyan shillings (about $12,000) would have kept us going another year. I feel disappointed that he did not come through.”

A few stalls away, mango-seller Gladys Anyango did an impromptu Obama impression to the amusement of her fellow peddlers.

She placed her hands on her hips, gazed into the middle distance, and – mimicking Obama’s deep voice – she said: “How are you, people of Kogelo?”

Anyango’s impressions of Obama, his wife Michelle, and their two daughters, Malia and Sasha, typically produce laughter among the on-lookers.

“We have hope that he will bring electricity and build schools so the children have a good education,” Anyango continued. “Maybe he will remember his roots and look after his community in Kenya.”

As seen the Kenyan government has also embarked on very aggressive road construction to smooth and grade the dirt road to “The Obamas.” 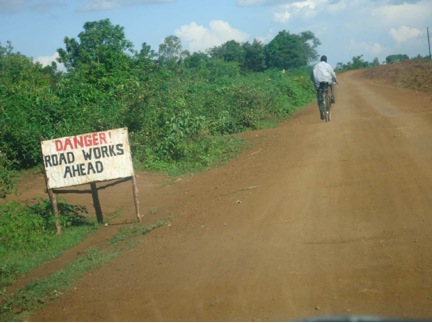 The road upgrade cost an estimated 800 million Kenyan shillings, equivalent to $9.6 million. The sum generated political charges of favoritism at a time when thousands of Kenyans are still living in makeshift camps as a result of the approximately 500,000 who fled their homes in the tribal violence that followed Obama’s Cousin Odinga’s defeat in the 2007 presidential election. 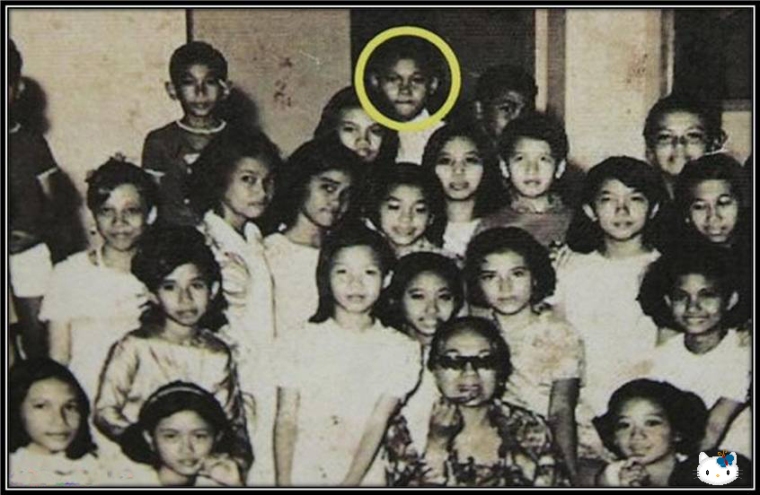 Barrack Obama Became Barry Soetoro When He Expatriated To Indonesia Where Dual Citizenship Is Not Allowed.