CHARLESTON, South Carolina—Ron Paul’s presidential campaign has a message for Newt Gingrich, Rick Santorum, and Rick Perry after they failed to get on the Virginia ballot — “it’s over.”

The three candidates joined in a lawsuit seeking to challenge the signature requirement for the Virginia primary ballot, but were unsuccessful in winning the right to appear.

“It’s over,” said Ron Paul 2012 National Campaign Chairman Jesse Benton in a statement to the press. “Ron Paul, the candidate of real change, will face off against establishment flip-flopper Mitt Romney in the Virginia primary, making that that Tuesday less ‘super’ for serial hypocrite Newt Gingrich, counterfeit conservative Rick Santorum, and Rick Perry, who I should mention is marginally attached to the presidential race.”

Here is the full statement from the Paul campaign:

It’s Over – Only Two Republican Candidates on Virginia Ballot

In the Commonwealth, real change candidate and Champion of the Constitution Ron Paul will face down establishment flip-flopper Mitt Romney

Republican Presidential candidate Ron Paul, the constitutionally-observant candidate of real change, will face down establishment candidate and notorious flip-flopper Mitt Romney in a head-to-head matchup in the Virginia primary.

The Fourth U.S. Circuit Court of Appeals denied four candidates’ appeals to appear on the ballot after their glaring failure to comply with the Commonwealth’s stringent, but widely-known, ballot access requirements.

Former candidate Jon Huntsman and Rick Santorum did not file signatures with the Virginia State Board of Elections at all. Rick Perry and Newt Gingrich did file signatures, but fell short of qualifying. Rick Perry then brought a suit against the state challenging the ballot-access requirements to which all candidates were held, and others failing to qualify joined the suit. When the suit was struck down, an injunction was filed in part to reconcile whether and when paper ballots would be printed, and today the final decision was handed down.

Virginia is the nation’s 12th-largest state and its primary election takes place on March 6th – Super Tuesday. The absence of any other candidates on the ballot aside from Paul and Romney, including serial hypocrite Gingrich and counterfeit conservative Santorum, is sending ripple effects throughout key early voting states including South Carolina where Palmetto State voters now are concerned about how their vote will affect the nominating process going forward.

For example, some voters might vote for a candidate with an organization too weak to comply with ballot access requirements. Voting for that candidate would result in a vote wasted, as were the votes of many for candidates who exited the race like Michele Bachmann and Jon Huntsman. Others ponder that only one veteran of the armed forces – Ron Paul – will be on the ballot in Virginia, a state so steeped in military tradition. Still others have observed that only one Evangelical Christian will appear on the ballot there. Indeed, there are many questions.

One thing is certain. And that is, the decision has upended what plaintiffs against the Commonwealth and voters nationwide had expected just hours ago when plaintiffs held onto thin hopes of a reversal, or a convenient exception to the rule of law.

“It’s over,” said Ron Paul 2012 National Campaign Chairman Jesse Benton. “Ron Paul, the candidate of real change, will face off against establishment flip-flopper Mitt Romney in the Virginia primary, making that that Tuesday less ‘super’ for serial hypocrite Newt Gingrich, counterfeit conservative Rick Santorum, and Rick Perry, who I should mention is marginally attached to the presidential race.”

“This legal development affirms that this Republican nominating contest has always been a two-man race between the candidates with the resources and organization required for a 50-state race. Voters nationwide should get behind the candidate of real change as he competes nationwide – and nationwide means a lot of states, including large ones like Virginia,” said Mr. Benton.

“Right now South Carolina voters have vital information helpful for deciding not only who the authentic conservative in the race is – Ron Paul – but whether that candidate leaves South Carolina with a ticket that actually gets him somewhere,” added Mr. Benton.

564 delegates is a direct quote from Doug Wead who is an advisor to Ron Paul in his campaign. 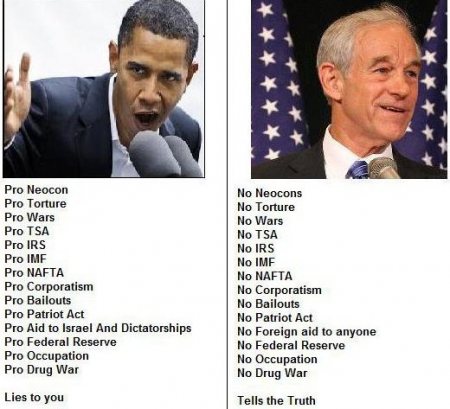 The strategy the campaign is implementing is on track to collect a boatload of delegates.

This is a two man race between Romney and Paul. Santorum and Gingrich are not on the ballot for 564 delegates worth of states. They are not, and will not be on the ballot in other states besides just Virginia. They have no grassroots support and virtually “zero” ground game. They cannot win the nomination they are statistical and mathematically unelectable.

This is basically an artificial gang rape by Gingrich & Santorum orchestrated by The CFR, to denigrate, diminish, Ron Paul in the eyes of the viewer and to eventually elevate Mitt Romney for slaughter by Obama.

Obama has absolutely no chance against Ron Paul.

All this MSM Propaganda pushing either Santorum or Gingrich is a joke. Anyway you work the numbers, they are out.

DELEGATES BY STATES RESULTS SO FAR:

Keep an eye out for how much better we do in both caucus states and states that use paper ballots.

Gingrich beating Romney in South Carolina is actually a good thing for Ron Paul. The delegates are getting all split up and it’s going to be very difficult for Romney, or anyone to get enough, which could result in a brokered convention. Santorum will be dropping out soon as he has no money or organization to continue much further and isn’t even on the ballot in 4 states. Gingrich, who is also missing from the ballot in 2 states, is going to split votes with Romney and take delegates away from him as Paul continues to pick them up little by little.

This race is a marathon, not a sprint. The campaign has a plan. They have money, organization, and grassroots support in many upcoming states like Nevada, Missouri, Maine, Minnesota, Louisiana, Wyoming, Montana, South Dakota, etc. They never expected to do all that well in South Carolina or Florida, so this doesn’t hurt his campaign much at all. He will be in the race all the way to the convention and possibly steal the nomination. 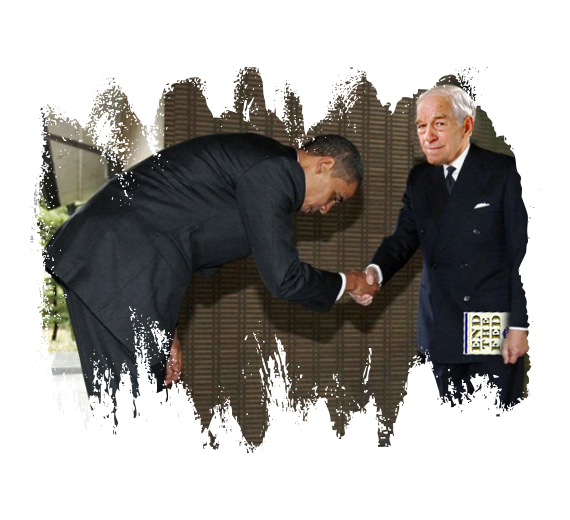