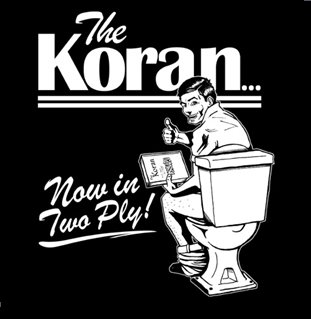 After defeating their rivals in Palestinian Authority Mahmoud Abbas‘ Fatah movement, Muslim extremists are focusing their attacks on Christians in Gaza City. Christians in Gaza City have issued an appeal to the
international community and a plea for protection against the increased attacks by Muslim extremists.
Father Manuel Musallem, head of Gaza’s Latin church, told the AP that Muslims have ransacked, burned and looted a school and convent that are part of the Gaza Strip‘s small Romany Catholic community. He told the AP that crosses were broken, damage was done to a statue of Jesus, and at the Rosary Sister School and nearby convent, prayer books were burned.
Gunmen used the roof of the school during the fighting, and the convent was “desecrated,” Mussalem told the AP.
“Nothing happens by mistake these days,” he said.
Father Musalam additionally told The Jerusalem Post that the Muslim gunmen used rocket-propeled grenades (RPGs) to blow through the doors of the church and school, before burning Bibles and destroying every cross they could get their hands on.Catholic Online reports that the heads of Christian churches in the Holy Land have urged both sides to put aside their weapons, noting that the infighting diverted international attention from the national goal of Palestinian independence.

“This domestic fighting where brother draws his weapon against brother is detrimental to all the aspirations of achieving security and stability for the Palestinian people,” they said. “In the name of the one and only God as well as in the name of each devastated Palestinian, many of whom are still dying, we urge our brothers in the Fatah and Hamas movements to listen to the voice of reason, truth and wisdom.”

One young woman told the Catholic News Service that she was concerned the Islamic extremists would “enforce a strict dress code, forcing women to wear veils and robes.”
One Christian teenager spoke to the Catholic News Service on the condition that her name not be used. She said the days of fighting had been “very difficult” but they were “OK now.”