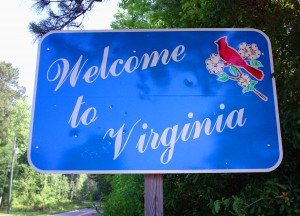 RICHMOND, Va. – On Wednesday, the Virginia legislature overwhelmingly passed a law that forbids state agencies from cooperating with any federal attempt to exercise the indefinite detention without due process provisions written into sections 1021 and 1022 of the National Defense Authorization Act.

The legislature previously passed HB1160 and forwarded it to Gov. Bob McDonnell for his signature. Last week, the governor agreed to sign the bill with a minor amendment. On Wednesday, the House of Delegates passed the amended version of the legislation 89-7. Just hours later, the Senate concurred by a 36-1 vote.

Bill sponsor Delegate Bob Marshall (R-Manassas) says that since the legislature passed HB1150 as recommended by the governor, it does not require a signature and will become law effective July 1, 2012.

“In the 1850s, northern states felt that habeas corpus was so important that they passed laws rejecting the federal fugitive slave act. The bill passed in Massachusetts was so effective, not one single runaway slave was returned south from that state. Today, Virginia joins in this great American tradition,” Tenth Amendment Center executive director Michael Boldin said. “When the federal government passes unconstitutional so-called laws so destructive to liberty – it’s the people and the states that will stand up and say, ‘NO!’ May the other states now follow the lead taken today by Virginia.”

For more information on the new Virginia law, click HERE.

To track Liberty Preservation legislation across the U.S., click HERE.

For model legislation to present to your local government, click HERE.