The Obama administration’s plan to introduce a major cut in funding for the Low-Income Home Energy Assistance Program (LIHEAP) will have a devastating impact on the lives of working families throughout the United States.

Obama has slashed funding for LIHEAP down to $3.3 billion. This represents a 35 percent reduction in funds allocated to the program, which had been budgeted for $5.1 billion in the previous year. The cut comes at a time when demand for assistance is at a record high due to soaring levels of unemployment in the US.

A new survey of state energy officials released in February shows that demand for home energy assistance is set to reach record levels for the third year in a row. According to LIHEAP’s Winter Application Survey, 8.8 million households are expected to require energy assistance this year. This marks a 15 percent increase in demand from the previous year’s record of 7.7 million households in need.

Applications for assistance have been increasing at an alarming rate with at least 10 states reporting an increase of 25 percent or more. The situation in Mississippi, which has the highest poverty rate in the country, is especially dire, with a staggering 68 percent increase in applicants since last year. In that same time, Washington state has seen an increase of 42 percent; Michigan, 38 percent; Nevada, 34 percent; and New Jersey, 31 percent.

The Obama cuts to LIHEAP will cripple a program that has already been overwhelmed by demand and has proven inadequate in meeting the social need for energy assistance. A significant number of those who are eligible for LIHEAP assistance in the US do not receive it. In Michigan, where a series of deadly house fires have taken the lives of Detroit residents struggling to cope without utilities, 1.7 million households were eligible for assistance through LIHEAP in 2009, but only 640,000 received it.

In some cases, LIHEAP agencies have been completely depleted of funds. In Idaho, the Community Action Partnership Association, which processes the state’s LIHEAP applications, was forced to close the program three weeks early because overwhelming demand for assistance had completely exhausted its funds.

Mary Chant, the executive chair for the Community Action Partnership Association, said in a statement, “This year was an incredibly difficult year for tens of thousands of Idaho families. We could have easily served twice as many as we did if more funding had been available.”

A further reduction in already inadequate assistance funds will only ensure a greater number of illnesses and deaths among the most vulnerable members of society—including the elderly, the disabled and children—who are exposed to extreme temperatures because their households are unable to afford utilities. Deadly house fires can also be expected to rise as those struggling without utilities attempt to stay warm with space heaters or provide light with candles.

Those who somehow manage to scrape by will do so at the expense of other basic needs. Choosing between paying for food, utilities, medication or other forms of health care has become a way of life for millions in the US.

The dangers presented to poor and working class households by the LIHEAP cuts are also not confined to the winter months. The program also provides assistance with cooling costs during the summer. Hundreds already die each year in sweltering homes without access to air conditioning during heat waves that bring temperatures above the 100 degree mark. These deaths can also be expected to increase.

Adding to the risk of death and illness in the spring and summer months, it is often the case that utility companies, prevented by state laws from disconnecting power to homes during the winter months, prepare mass shutoffs during the spring. Utility customers are then forced to pay off outstanding balances before the power is restored. Many simply cannot afford the burden and will go without power. 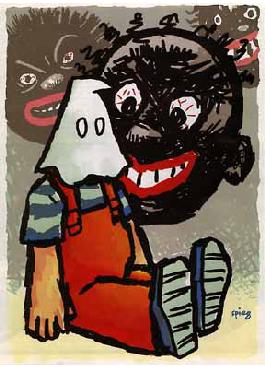 A prime example of this is currently under way in Iowa, where demand for LIHEAP assistance is up 12 percent from last year. On Thursday, it was reported that 89,536 residents in Iowa are facing imminent utility shutoffs. Under that state’s Winter Moratorium Law, utility companies are prevented from disconnecting heat and electricity from customers who have been unable to pay their bills between November and April. The moratorium will end on April 2, and thousands will now lose their power. Jerry McKim, the LIHEAP director in Iowa, has warned that April could see a record-setting 100,000 utility shutoffs in the state.

Time To Impeach Obama For High Crimes Against U.S.’

There are currently 221,344 residents in Iowa, or 7.4 percent of the population, who are overdue on their accounts. They owe a combined $35.76 million to utility companies. These circumstances are repeated across the country.

The lives of hundreds of thousands across the US will continue to be placed in danger by utility shutoffs this year. The cuts made to LIHEAP by the Obama administration will only prevent an ever-greater number of those who are vulnerable to shutoffs from defending themselves against the loss of some of the most elementary requirements of human life.