– Imperialist China has lost control of its enslaved population.

Looming riots have the Chinese Communist Party implementing hardline measures in a last-ditch effort to prevent the inevitable:

2. Provincial governments breaking away from Beijing to form independent countries

3. Trials of crimes against humanity for CCP members guilty of human rights violations and governing with systematic genocide

A full-scale uprising will begin soon, based on widespread labor strikes and political protests, and a disgraced and disgruntled Central Committee member– loyal to his (former) disenchanted constituents– will align himself with a military leader, supported by a popular front, to overthrow the most heartless collection of despots on Earth: The Chinese Communist Party Central Committee. 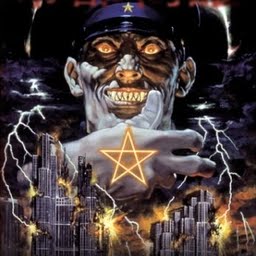 What should one make of the indicators coming out of Beijing that have regularly fallen short of market expectations; the most recent being an August PMI — further revised downwards this morning – showing manufacturing intentions hitting a nine-month low?

GDP growth for this year could fall short of Beijing’s target of 7.5 per cent, which would be a two-decade low. At one extreme, bears foresee a long-anticipated collapse while others feel that a more benign landing is underway. Some argue for letting this cycle play itself out, rather than risk incurring distortions from another stimulus. Yet another group is focused on long-standing concerns about rebalancing the economy.

Sorting through this morass of advice, one is reminded that China’s slowdown is a mix between a longer-term structural transition and a frenetic cycle of expand-contract-expand policies in the wake of the 2008 financial crisis. This all began with the $600bn stimulus program four years ago, followed by tightening policies to curb an overheated economy and, over the past half-year, mildly expansionary policies to cope with the eurozone difficulties and a lacklustre US recovery.

But China’s longer-term structural transition involves moving to a more sustainable growth model appropriate for a maturing economy – one that is more innovative and less resource-intensive. The structural transition should have begun much earlier but China’s 2008 stimulus pushed growth back into unsustainable double-digit levels when it should have nurtured a gradual decline to around 8 per cent.

This transition is characterised by two interconnected rebalancing processes. The first is a spatial rebalancing in commercial activity from the coast to the interior and from rural to urban areas. The second is a macroeconomic rebalancing from foreign to domestic demand, of which the gradual shift from investment to consumption within domestic demand is but one aspect. This two-fold rebalancing should not be seen as objectives in their own right. Comparative experience tells us that imbalances are often associated with successful growth processes and their role and duration will vary.

The spatial rebalancing is the result of the increasing demand for services and goods from China’s rising middle class and an aging population in the midst of rapid urbanisation. These trends are ratcheting-up domestic demand relative to foreign. The central provinces with improved transport connectivity will gradually play a more important role as the bridge between a trade-driven coast and a consumption-driven interior. With lower wages and property costs than in the coastal areas, serving both the domestic economy and even some export industries from the central region is becoming attractive.

Aspects of the spatial rebalancing are well underway. China’s inland regions have been growing more rapidly than along the coast after three decades during which the opposite happened. Less well known provinces like Inner Mongolia, Hunan, Sichuan, and Guizhou all grew by 14 per cent or better last year, while the headlines from China’s powerful manufacturing centres along the coast are of declining orders.

This two-speed path is what intrigues foreign investors seeking a continuation of their 20 per cent returns as the coastal mega cities mature. Provinces like Henan and Hunan would rank among the top 20 globally in population size as individual countries, while the municipality of Chongqing is as large as Venezuela or nearly six times the size of Singapore.

The macro rebalancing from external to domestic demand has taken place sooner than expected, as the massive 2008 stimulus absorbed much of the excess savings that had generated the large trade surpluses during 2005-8. This resulted in a sharp decline in China’s trade surplus from over 8 per cent five years ago to around 2 per cent last year.

The concern over the apparent imbalance between low consumption and high investment as shares of GDP within domestic demand, however, is overdone. This is partly because of distorted expenditure statistics – including undervaluation of housing services in personal consumption and inflated investment figures. So consumption as a share of GDP may be underestimated by as much as 10 percentage points of GDP. It is overdone also because personal consumption has continued to grow at an unmatched 8-9 per cent annually through one global crisis after another.

As the abnormally high investment from the 2008 stimulus fades, the consumption-investment shares will moderate. Expenditure rebalancing is also being supported by the spatial rebalancing, since the inland regions have a higher consumption to GDP share than the coastal. But this will be a decade-long process as urbanisation accelerates.

So what, if anything, should China do about all this?

The reality is that depressed foreign demand and inventory adjustments necessitated by the slowdown have cut growth prospects by at least 1 percentage point more than anticipated last year. Mildly expansionary policies carry little risk now that inflation has moderated but are less effective in these circumstances.

Major adjustments in headline exchange and interest rates are not realistic options since they would run counter to longer-term objectives although recent reforms to introduce more flexibility are positive steps. More can be gained, however, in supporting spatial rebalancing through affordable housing and liberalising labour migration policies.

Cushioning the impact of the current recessionary pressures through fiscal reforms that would strengthen social services also make sense. So would more support for the private sector through diversified sources of financing and freer entry into state dominated activities. Such actions would contribute to the desired structural transition.