The following statement was issued in response to a question from a Russian journalist about the murder of Libya‘s Muammar Qaddafi, on Oct. 28, 2011. Qaddafi’s brutal murder—orderd by Obama, Cameron, and Sarkozy—occurred on Oct. 20.

I was going to post a video on his death but I cannot stomach it, it is absolutely vile! Let me say right here and now that Muammar had a sovereign nation and was on the gold standard. He was doing good for his people and was brutal against all the Rothschild/Mafia techniques of trying to undermine the social/moral order of Libya.

Rothschild aka; the family who in reality started the mafia is based in sociopathy powered by relentless greed to control and fear monger with lethality so as to enrich and evade justice in and behind the scenes.

Rothschild via his corrupt web of politicians use the media and U.S. military power to over throw sovereign nations to abscond their wealth and supplant subservient governments usually called socialism. Rothschild now holds all of Muammar’s gold, will be supplanting one of his Keynesian controlled central banks there as he did in Iraq. Thats it in a nutshell.

Obama’s Murder of Qaddafi Is Deadly Threat to World Peace

The role of President Obama in the murder of Libya’s Qaddafi, has promoted an implicitly deadly threat to world peace, one which is combined with the presently onrushing, general economic breakdown-crisis now raging throughout both Europe and the trans-Atlantic system. This arrangement presently represents a degree of qualitative threat greater than that which existed throughout the intervals of two preceding, so-called “World Wars.”

The most deadly of those effects, is to found in the central role of the British monarchy‘s control over a British puppet, U.S. President Barack Obama. The situation is such that, unless President Obama were to be removed from the powers of his office, the combination of that President’s crimes against humanity and the accelerating general economic chain-reaction form of accelerating economic and social breakdown of the system of trans-Atlantic economies, will quickly become an activated form of the deadliest strategic crisis of the planet during the recent century-and-a-half. That is to say, since the British monarchy reached the agreement with the Mikado which launched joint action of warfare against both China, and, later, Russia, which led directly into the launching of what has become known, since, as “World War One.”

In this present setting, the threat of a chain-reaction-like series of outbreaks of warfare, can not be minimized, and is not being minimized among relevant circles on both shores of the Atlantic. There could be no competent doubt that that danger is already becoming the present situation. The western Asian complex is the present axis of conflict for drawing Europe, the Middle East, and further regions of Asia, including China, into a new cauldron of great destruction.

In this immediate circumstance, there is a combination of two immediately leading developments which would be required to dampen the threat of an early spread of war which would be soon centered in both the Obama U.S.A. and within the reach of the Mediterranean and wider region. The case of the threat of attacks against either, or both Syria and Iran, is typical of significant cases to illustrate the spreading dangers at this present time.

The following additional comment is of the highest degree of relevance.

Even without considering the effects of the rampant insanity of President Barack Obama, the condition of the economies of both the trans-Atlantic region and Mediterranean-centered Eurasia, typify the preconditions toward present risks which tend toward nuclear conflict. The desperation among the trans-Atlantic region extended into Europe and its Mediterranean vicinity, as extended into Afghanistan and Pakistan, were sufficient to take into consideration under the present trend toward an insurgence of major warfare which engages European nations which have now become economically, and politically, increasingly desperate on these accounts.

The only alternative to acceptance of disaster, in view as a relevant possibility, that under presently prevailing short-term current trends, would be a widespread economic reorganization of credit and currency systems. These would feature national economies which are presently hopelessly bankupt, as in both the United States and those of western and central Europe: These are nations now gripped by incurable hyper-inflation of their hopelessly bankrupt, current monetary systems.

The only remedy would depend upon the interdependent measures to be found in the immediate impeachment of the both British-created and British-managed puppet-lunatic known as U.S. President Barack Obama. This situation now requires the immediate reorganization of economies through the initial use of the Glass-Steagall model of monetary reform; that reform must be immediately supplemented, and, then, immediately continued through the crucially urgent, added measure of the creation of a system of credit-systems. These systems must be regarded as a combined replacement for what have now become intrinsically worthless monetarist systems. The outcome of such a rapid succession of such reforms would be a fixed-exchange-rate credit-system, one modelled upon U.S. President Franklin Roosevelt‘s proposal for such a reform which he had intended to be shared among the Soviet Union, China, and others at that past time.

Such possibilities of the needed reform, would appear to be difficult to bring about in a timely fashion, unless the British empire were to be dissolved in a fashion leaving the modest and peaceable United Kingdom to develop without the burden of ruling and raping Africa, or participation in a system of puppet-nations cast into the captive state of “governance.” The British have no real option of choice in this matter; unless they cooperate, they would cease to exist, in an expression of natural economic causes. However, under the reformed system, the population of the United Kingdom would prosper as they could not under the present British arrangements.

Hopefully, the leadership in bringing about the new system of cooperating, respectively sovereign nations will be assembled through the commitment to this goal by keystone nations including the United States, Russia, China, and India, and including the commitment to the freeing of the nations of Africa from the long-standing tyranny of British-led colonial “goverance.”

The British really have no other option. The Solar System is presently entering a phase of our galaxy in which it is likely that great, sudden waves of extinctions, such as those of the fabled dinosaurs, will, plausibly, threaten to bring about the extinction of mankind, unless we undertake high-energy-flux-density qualities of reforms which allow us to develop the protective covers through which only high-technology, high-energy-flux-density systems might, at least hopefully, ensure our species’ continued existence under an “SDI”-like program, as has been proposed from Russia recently. 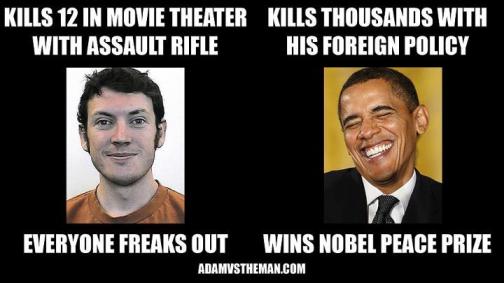