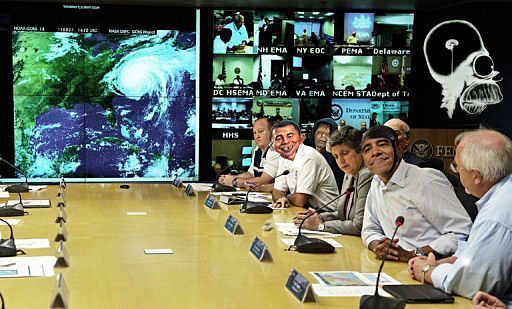 One or about July 7, 2008, The Weather Channel was purchased by GE Owned NBC for $3.2 Billion, with Britain’s Queen Elizabeth as the major shareholder and with two minor shareholders; {One} is Mitt Romney‘s Bain Capital and {Two} is Blackstone which is a big illuminati company. The Chairman of the Board of Blackstone proves he is a Rothschild khazar & a Council On Foreign Affairs ‘CFR’ player, who is also managing director of Lehman Bros, Wow, a true insider. — Vatic Project 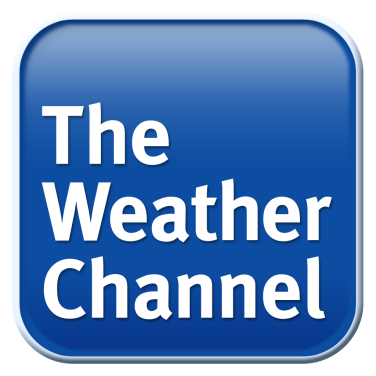 The Queen’s Weather Channel continues an apparent quest to take over the world of weather.

Less than 6 weeks after announcing its plans to acquire Weather Undergrounond July 2012, {Weather Services International (WSI) – a ‘Weather Channel’ member company} – has announced the acquisition of  Weather Central from Rothschild on August 2012, who had just purchased Weather Central on February 2012 just 6 months earlier.

On January 2012 Sir Evelyn de Rothschild and his wife Lynn Forester de Rothschild have taken a 70 per cent stake in Weather Central, seeing strong growth prospects for selling its weather data to hedge funds, insurers, commodity traders, energy companies and emerging market broadcasters. Then within 6 months on August 2012, they turn around and sell it to the Queen of England to conglomerate the weather under one name The Weather Channel.

Weather Central, whose US clients include the CBS Evening News and ABC’s Good Morning America, said it was considering whether to launch its own network to rival the Weather Channel, but had yet to decide whether it would pursue this.

Weather Central sells data and interactive weather graphics to broadcasters in countries from North America, where it is the largest in the market, to China, where the government “treats weather data almost like military state secrets,” said Terry Kelly, its founder and chief executive.

The company boasts the ability to target forecasts to within one kilometre, compared to most rivals’ 12km forecasting areas, allowing it to issue precise warnings of monsoon flood damage or a wind farm’s likely output. –Financial Times

With the additions of Weather Underground and Weather Central to The Weather Channel’s portfolio, its remaining competition in the web and TV weather services space has shrunk. Companies like AccuWeather and WeatherBug have significant businesses, but are frankly dwarfed by the The Weather Channel’s growing empire (from weather.com: “across all its platforms – television, online, desktop and mobile – The Weather Channel has a 76 percent share of the huge U.S. weather audience.”)

To editorialize a bit, I’m not sure the consolidation of this sector is a healthy thing for the diversity of available products and services and free enterprise. 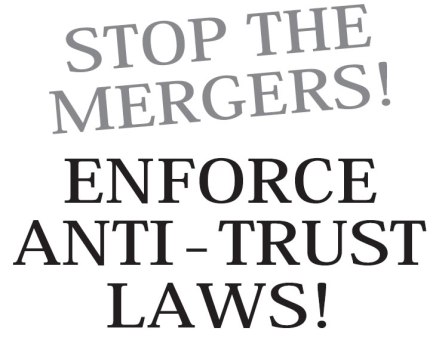 Antitrust laws were put in place by federal and state governments to regulate corporations. They keep companies from becoming too large and fixing prices, and also encourage competition so that consumers can receive quality products at reasonable prices. These laws give businesses an equal opportunity to compete for market share. Preventing monopolies ensures that consumer demand is met in a fair and balanced way. There are four sections that the laws focus on including agreements between competitors, contracts between buyers and sellers, mergers and monopolies.

To prevent price fixing, the government limits contracts between two competitors who are selling the same product in antitrust laws. Companies are also not allowed to rig a bid so that a certain group of bidders are already determined to win the bid before the bidding process begins. Another aspect of business that falls under this is geographic market allocation. This means that competitors cannot agree not to encroach on each other’s territory and sell their products. This prevents the company from having a monopoly on the market in that area.

AT&T Went through this process:

The Breakup of AT&T

In 1982, AT&T and the Department of Justice settled the antitrust case against AT&T. AT&T agreed to break itself up into several firms in 1984. One firm, AT&T, provided long-distance service, and seven other firms (“Baby Bells”) provided local telephone service in different regions. The Department of Justice apparently felt that a vertically integrated telephone company, one that provided local and long-distance service, was not required for productive efficiency, or that there were other offsetting gains from the divestiture.

According to the Department of Justice, the vertical structure of the company provided an opportunity for unfair competition against other providers of long-distance service. For example, by charging high local rates or by providing poor local service to other providers of long-distance service (which require local service), AT&T could harm long-distance competitors. Another concern of the Department of Justice was the difficulty of monitoring cost-shifting among AT&T’s regulated (telephone) and other relatively unregulated businesses (such as the manufacture of telephones and other equipment). The resulting breakup of the telephone company presumably mitigated the government’s concerns.

Since 1984, the technology and industry structure have changed rapidly. By 2000, there are likely to be only four local phone companies from the Baby Bells remaining, as a result of mergers among the original seven firms. Moreover, there are now several national long-distance carriers that also provide local service.