Who knew that when Illinois Republican Party Chairman Pat Brady called for “Change for Illinois,” he was referring to legalizing oxymoronic homosexual “marriage”?

Many conservatives including AFTAH President Peter LaBarbera have called for Brady’s resignation.

officials through this link.

What did “gay marriage” do to Massachusetts?

For an excellent report on the effects of legal homosexual “marriage” — including the proliferation of pro-”gay” propaganda in schools, the loss of parental rights, and the harassment of Christian employees – see Brian Camenker’s excellent Mass Resistance report:

There is a saying popular among American conservatives: the Democrats are the liberal party and the Republicans are the stupid party. Illinois Republican Party Chairman Pat Brady provided further evidence for the latter as he reportedly is lobbying Republican lawmakers in Illinois to support a bill legalizing homosexual “marriage” — leading to a new surge in conservative calls for his resignation.

If the IL-GOP pursues this course of abandoning natural marriage and pro-family values, it will sink into permanent minority status in the Land of Lincoln. Illinois is not unlike the rest of the country in one respect: voters deserve a clear choice between party philosophies and policy goals — not a false choice between Democrat and “Democrat-lite.” Already, conservative dissatisfaction with the IL-GOP is so great that many have left the Party or become disillusioned with politics altogether.

Social liberals now dominate the Illinois Republican Party and they are actively undermining its conservative platform. These two influential IL-GOP leaders are working against pro-family values:

Sen. Mark Kirk — this pro-”gay” senator, recovering from a debilitating stroke, boasted in his successful run for U.S. Senate of his support from Planned Parenthood. Kirk is the de facto head of the state GOP and apparently backs Pat Brady;

Dan Rutherford — this former state senator, current Illinois State Treasurer, and effective GOP campaigner (although he ran Mitt Romney’s losing Illinois campaign) cast two key votes to advance the homosexual agenda in Illinois. His lone Republican vote for the Illinois “Civil Unions” bill was critical to its passage and paved the way for a law that led to religious persecution in the state. Incredibly, despite the anti-Christian aftermath of the “Civil Unions” law, liberal proponents of the same-sex “marriage” bill have the audacity to include “religious freedom” in its name. Rutherford is widely rumored to be homosexual himself — and this writer has publicly challenged him to answer questions about whether he has a personal stake in “gay”-related legislation.

Illinois is in such economic and moral decline that people are leaving the state in droves for conservative-friendly states like Texas. Pat Brady’s reckless experiment in “Republican Gay Activism” will only accelerate the decline. If Illinois’ own grassroots citizens do not take action, their “leaders” will bring ruin to the state. AFTAH will closely monitor legislative and court action on same-sex “marriage.” (An openly lesbian judge, Sophia Hall, will rule on the constitutionality of Illinois’ existing law upholding natural man/woman marriage in the state.) Please take action to make your voice heard in Springfield, and in the Illinois GOP. Thank you. – Peter LaBarbera, AFTAH.org, Naperville, Illinois

Not unexpectedly, the gay marriage bill seems likely to move through committee today and to a floor vote tomorrow. As pro-family forces attempt to rally the grassroots to voice their opposition, the growing question seems to be which Republican(s) might break with the GOP’s traditional stance on the issue and vote in favor of the bill.

Sources reported that Illinois Republican Party Chairman Pat Brady has been making calls to legislators in support of the gay marriage bill. When asked, Brady told Illinois Review that he believes it is an “equality issue”, and that the “true conservative position is in favor” of allowing gay marriage.

He also made it clear that this is his personal view only, and not in his role as Chairman of the IL-GOP.

The bill presents a problem for Illinois Republicans in that voting in favor would not only be unpopular with the Party’s base, but would seem to be in contradiction to it’s platform, which states:

1. …The ideal environment for children is within a two‐parent family based on the principle of marriage between one man and one woman. The Republican Party endorses a constitutional amendment protecting our Defense of Marriage Act and enshrining in constitutional law marriage as it is defined in “DOMA.”

2. Our laws should strongly support and celebrate the loving commitment a man and a woman make to each other in marriage. …No law should undermine the importance of that union, divide that union nor unduly burden the efforts of parents to rear a family in a safe and nurturing environment.

1) Call or write your state representatives immediately and urge them to vote against the homosexual “marriage” bill [the so-called “Religious Freedom and Marriage Fairness Act”].

According to the Illinois Review, the ”same-sex marriage” bill is amended to an automobile rental bill and could come up for a floor today – in the lame duck session that ends January 9.

The situation is fluid but Democrats need Republican votes to get the bill passed.

See IllinoisReview.com for timely updates on the bill. 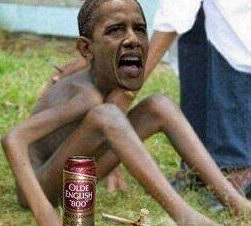