Father Of The Financial Crisis Billy Clinton: Billy Repealed The Glass Steagall Act On November 12, 1999. This allowed the Corporate Bankers to back mortgages by ”PAPER” Rather Than REAL MONEY. This caused the BOOM as there was no money for the mortgages that were given out through the predatory lending scheme. The Inside Traders knew this and betted against the real-estate market and people like George Soros had a “Good Crisis” of $10 BILION USD. Soros is an already convicted felon in France. Why he is allowed to roam our streets and commit more fraud, is a question that needs to be answered by the DOJ.

Most people in the US, especially Democrats, believe that the Obama Birther Movement was started by Republicans and or the Tea Party. They believe it is a smear campaign aimed to tarnish the image of their hero of change.

But they may be shocked to learn that the Birther Movement was actually started by former President Bill Clinton and Hillary back in 2008.

Bettina Viviano was a vice president with Amblin Enterntainment, Steven Spielberg’s company, before launching her own film production company in 1990. In 2008, Viviano was asked to produce a documentary about voter fraud within the Democratic Party.

At the time, she says she was not a Democrat or a Republican and in fact had never voted in an election. She went into the project with the sole purpose of producing the best and most accurate documentary possible.

During the documentary process, Viviano says that she quickly became aware of just how dangerous and insidious the Obama campaign was.

A number of the Democrats she interviewed refused to appear on camera and told her that their lives and property had been threatened by people working with the Obama campaign.

She also heard former President Bill Clinton say that Obama was not eligible to be president because of his lack of birth records.

In fact, she said it was common knowledge around many top Democrats. Bill Clinton has often said that he would go public with the information when the time was right.

Before that could happen, his close friend and head of the Arkansas Democratic Party, Bill Gwatney was murdered in his office and then someone told Bill that he was next if he said anything about Obama’s eligibility.

In the video below, she said that Clinton was not intimidated until someone associated with the Obama campaign told him that his daughter Chelsea would be next if he opened his mouth.

From that point on, the Clinton’s remained silent about Obama’s birth certificate or lack thereof.

This is a powerful video from a lady that has nothing to gain and probably everything to lose by coming forward with her information. It could well ruin her career in Hollywood as so many of the film industry are flaming liberals. It could also cost her her life.

I took note of how she described the Obama campaign’s reign of terror and intimidation and how well coordinated it was. I thought to myself that if they were bold enough to threaten the life of the Clinton’s daughter then have they made similar threats to all of the leading Republicans in both the House and Senate?

Is this why Congress has remained so silent ever since Maricopa County Sheriff Joe Arpaio’s March 1st news conference where he provided the American people with the evidence that Obama’s birth certificate and Selective Service Cards are forgeries?

When you see how blatantly Obama has defied the US Constitution and federal law without any apology or excuses, it’s not hard to believe that he, like every other dictator in history, obtained his position by intimidation, threats and outright violence.

Knowing he is capable of this has to make every single American extremely fearful if Obama gets re-elected.

And if the voter fraud will be as prevalent in November as it was in 2008, it seems a sure thing that he will be re-elected. Obama has had the DOJ strike down every voter ID law and any other measure taken, to reduce the chance of voter fraud.

They have set the stage for an old fashioned Chicago style election with padded and illegal votes. Wait a minute, he is a Chicago politician, so guess he’s just following local history at a national level. 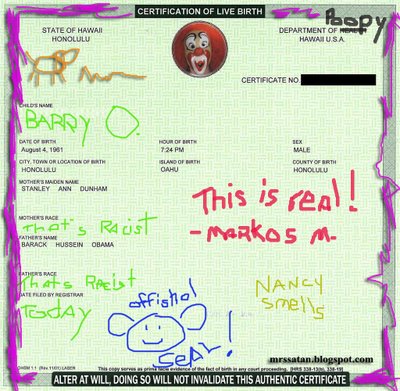 If he does get re-elected, I’m positive it will mean the end of free elections and free America. We will become another Soviet Union: a land run by an elite group of Marxists who will exploit all of the people for their own personal gain.

America, for all intent and purpose will be dead if Obama gets re-elected. 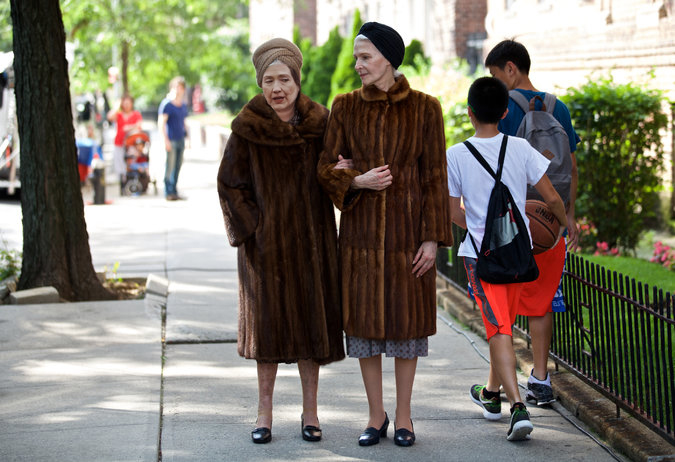 MSM Has Parkinson’s Disease: The Only Conspiracy Theory About Hillary Clinton’s Health Is That There’s Nothing Wrong With It