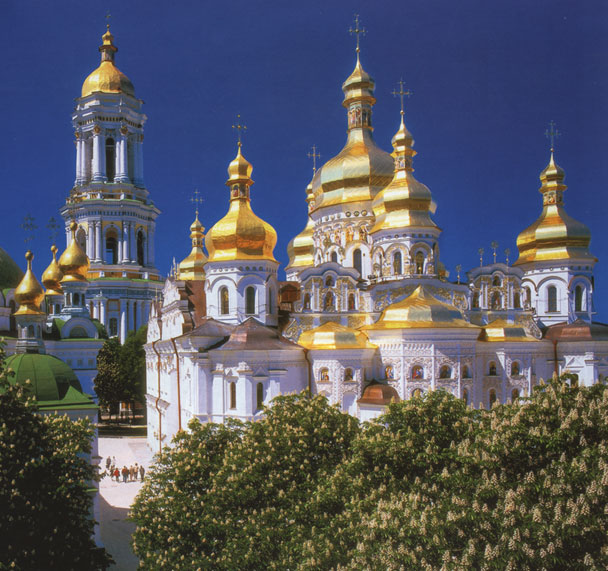 “The international community” headed by the U.S. and EU calls on all countries, including Russia, for tolerance towards “minorities.” How far can this tolerance go? Today there are increasingly more talks about “the need to understand” pedophiles. Will the society’s willingness to accept such demands lead to an evolutionary suicide?

AIDS sufferer David Kirby is embraced by his father

The gay issue in the world has become acute yet again. In France, mass demonstrations were held against the government’s intention to legalize gay marriage. In Great Britain, the spiritual head of the Anglican Church, Archbishop of Canterbury, Rowan Williams, has resigned. According to local media he left his post because of his inability to cope with homosexuality among the clergy.

In Russia, the Moscow Regional Duma refused to include in the agenda the bill similar to the one recently adopted in St. Petersburg about prohibition of homosexual propaganda to children and adolescents. Allegedly, the document “does not agree” with the federal law.

However, the Constitution states that the fundamental source of law in the Russian Federation is the will of the people. This will is unambiguously negative towards the “unconventional love”.

According to a recent survey by Levada Center, homosexuality was considered “morally unacceptable and reprehensible” by 62 percent of the Russians. More negative reaction was caused only by rejection of own children (75 percent) and suicide (64 percent). In the category “morally unacceptable” behavior of the LGBT community was on the top of the list with 81 percent, leaving behind alcohol abuse (64 percent), and even smoking marijuana (78 percent).

If the expectations of the “constitutional majority” in an attempt to limit the sin are called scandal – then what is democracy? Is it only homegrown protests of the LGBT activists? Or is it the requirements of the “Washington Regional Committee” that through the mouth of the Department of State or even through the United Nations completely dependent on the U.S. demands “to protect the rights of sexual minorities from discrimination” and enact appropriate legislation?

Of course, from the point of view of the liberal paradigm it would be too scandalous and unacceptable to declare homosexuality a disease. For such practices distinguished psychiatrists in America today are denied the right to practice medicine. What kind of “disease” is that? It’s just genetically implicit behavior. As if a genetic predisposition to aggression justifies criminals and predisposition to diabetes, hypertension and cancer eliminates the need for a serious treatment.

Mary apparition in Fatima (20th century): But in the end my Immaculate Heart shall triumph. The Holy Father will consecrate Russia to me, she will be converted, and a certain period of peace will be in the world (Connor, Edward. Prophecy for Today. Imprimatur + A.J. Willinger, Bishop of Monterey-Fresno; Reprint: Tan Books and Publishers, Rockford (IL), 1984, p. 14).

Mary apparition in Hrushiv, Ukraine (20th century): The conversion of Russia will save Christian culture in the West and will be a push for Christianity throughout the world. But the Kingdom of Christ the King shall establish itself through the reign of the Mother of God (Flynn T & L. The Thunder of Justice. Maxkol Communications, Sterling (VA), 1993, p. 34).

Recently in the “Chief Editor’s Club” of PRAVDA.Ru chief editor Inna Novikova talked to a family psychologist, a member of the Professional Psychotherapeutic League Irina Obukhova. Among other things, the expert also touched upon the issue of homosexual marriage. Irina has quite an ironic view on them:

“Let’s not take stretch some things to the point of a diagnosis, because you can agree to register a marriage even with a parrot. For God’s sake, do as you please! You can have a nice diagnosis and still be happy. But if we are talking about a norm, if we consider a conservative view, the majority still wants to see the continuation of themselves, which is possible in children.”

Next, the psychologist pointed out the underlying attractiveness of vice, nearly of any kind.

“What is forbidden is interesting, but once it is no longer forbidden, people lose their interest. It’s psychology again. After all, look: it (homosexuality – Ed.) used to be a taboo. Now that it is no longer a taboo and same-sex marriage is officially allowed, there is a topic of intimate moments with animals: it is a taboo, and therefore, interesting.

Homosexuality is now an open subject and is no longer a taboo. When a person has some kind of perversion, some differences, they gravitate to what is on the edge. They want to challenge taboos. They go in the direction of the taboo. So let’s not confuse two things: the family is traditional, it is for procreation, it grows out of a desire for normal relations.”

One can agree with the statement of the sad fact that the “forbidden fruit” is sweet and that the last frontier in the fight with it when no other means are left is allowance. In the western hemisphere, the situation regarding the “indulgences for disposition,” followed by the announcement of vice, or even a crime, the “norm,” sometimes gets absurd. For example, in the U.S. there is an organization called B4U-ACT, advocating for the recognition of pedophilia a normal behavior. Recently, its supporters in Canada, during the parliamentary hearings were trying to make it the norm of law. Speaking to MPs, University of Montreal psychologists Hubert van Gidzhseghem and Dr. Vernon Quincy tried to convince the authorities that pedophilia was not a mental illness, but a special form of sexual orientation, along with homo-and heterosexuality.

Dr. van Gidzhseghem stated that until recently, homosexuality was considered a disease, but today anyone who called gay ill was mostly considered crazy, and that pedophilia was the same story. He added that treating pedophiles is the same thing as treating gay from homosexuality – it will not work. He said that pedophiles must be treated with understanding and taught to restrain their sexual desires. They should not be seen as criminals. These are people who need help, he said.

The defenders of pedophiles do state that pedophiles should “restrain their sexual desires.” Although, if their behavior is “normal” like regular homosexuality, why should they hold back?

One would wonder whether the scandal was initiated by the LGBT community that skillfully redirected popular indignation towards their own “minority.” In tsarist times in Russia angry crowds were given the most hated of the boyars, and the residents of the Jewish ghetto appointed scapegoats on duty for all more or less serious problems.

Now, the adult members of the LGBT community in the West are not just enjoying all the rights, but also beginning to infringe on the rights of heterosexuals. In England, “intolerant” terms such as “father-mother-brother-sister” were stricken out of the official documents. Yet, the residents of these countries are ready to tear pedophiles apart.

The concern of individual psychologists with the infringement of pedophiles’ rights is understandable. If the preferences of adult homosexuals are already recognized as the norm, up to the registration of their marriage, why is this “discrimination” against their “colleagues” who prefer not the adult men but cute boys? Somehow it does not seem logical.

Well, we can only thank God for the fact that the Russian society is still very far from recognizing sodomy a behavioral norm. However, there are some signs of it coming. In psychiatry, for example, under the pressure of the “world community” homosexuality is no longer considered a disease.

Psychiatrists should think about the similarity of the phenomena of suicide and homosexuality in the evolutionary aspect. After all, their only difference is in the timing. In the first case the person is deprived of life by their own hands, and in the second the person denies the fundamental qualities of all living things: procreation. No matter if “marriages” between sexual minorities are allowed, they won’t produce their own children. If their weight reaches a certain critical mass, the people who had the misfortune to get to this state would be condemned to extinction.

Is this the reason why the Russians in the survey cited above put suicide and homosexuality next to each other as the most unacceptable modes of conduct? Personal suicide is not treatable, but the evolutionary suicide is not taken into consideration.

While society has a will to fight for its survival, politicians should listen to the opinion of the voters, including their opinion on the transformation of the people into the gay society. This position much better reflects the aspirations of the majority of citizens than the calls of foreign and homegrown “thinkers” who claim to be the “teachers of the nation.”