Standing as a bulwark of liberty, the Oklahoma House of Representatives passed a bill protecting citizens of the Sooner State from the unconstitutional provisions of ObamaCare.

By a vote of 72-20, the state House of Representatives passed House Bill 1021, a bill that if signed into law would stop the Patient Protection and Affordable Care Act (known as ObamaCare) at the borders of the sovereign state of Oklahoma.

The bill’s primary proponent is State Representative Mike Ritze (R-Broken Arrow). A board-certified family practice physician and surgeon, he is particularly aware of the threat to liberty and good health care posed by ObamaCare. 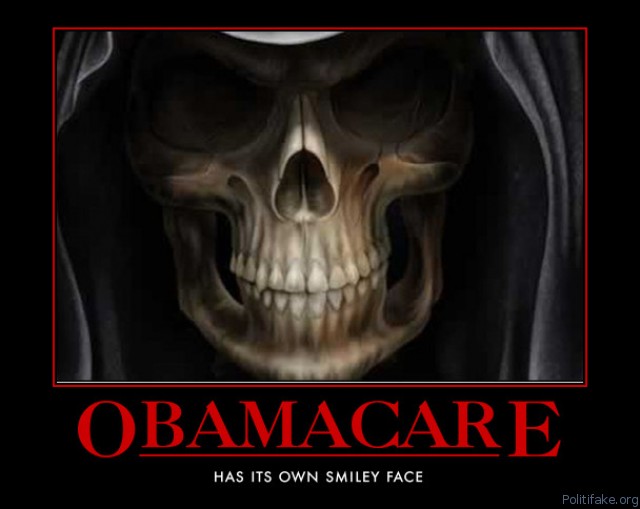 In an exclusive conversation with The New American, Dr. Ritze reported that the debate in the House was passionate and included testimony from a partially paralyzed colleague who stands to lose his medical coverage as a result of the mandates of ObamaCare.

Ritze praised the speaker of the State House of Representatives, T.W. Shannon (R-Lawton), for resisting political pressure and placing the bill on the calendar, allowing it to be voted on by the body of the House.

Apart from protecting citizens from the oppressive provisions of ObamaCare, Ritze said his bill will protect Oklahomans from becoming subjects to a tyrannical central government, determined to consolidate all power in Washington.

Ritze recognizes ObamaCare for what it is: a federal attack on life, liberty, and property.

“There is no provision in Article 1, Section 8 of the United States Constitution where the states delegated to Congress the authority to make a citizen purchase health care or pay a fine,” Ritze said. “The Patient Protection and Affordable Care Act is an example of federal overreach and my legislation will authorize the state via the will of the People to ignore it and ban the enforcement of it.”

“They fail to understand how the country is supposed to operate,” Ritze added. “As Alexander Hamilton wrote in The Federalist, No. 33: ‘It expressly confines this supremacy to laws made pursuant to the Constitution.’ Alexander Hamilton got it right. Congress and the Supreme Court got it wrong.

Ritze’s reading of the Constitution is the same as that of the Founding Fathers.

In PURSUANCE thereof, not in VIOLATION thereof. None of the provisions of ObamaCare are permissible under any enumerated power given to Congress in the Constitution; therefore, they were not made in pursuance of the Constitution, and they are NOT the supreme law of the land.

As Ritze indicated, Alexander Hamilton wrote in The Federalist, No. 33:

If a number of political societies enter into a larger political society, the laws which the latter may enact, pursuant to the powers intrusted [sic] to it by its constitution, must necessarily be supreme over those societies and the individuals of whom they are composed…. But it will not follow from this doctrine that acts of the larger society which are not pursuant to its constitutional powers, but which are invasions of the residuary authorities of the smaller societies, will become the supreme law of the land. These will be merely acts of usurpation, and will deserve to be treated as such. [Emphasis in original.]

Ritze understands that the states retain numerous rights under the Constitution, including the obligation to block unconstitutional federal usurpation of state sovereignty. “When the federal government exceeds its delegated authority, as it has done with the passage of Obamacare, it is the duty of every state representative to defend the unalienable rights of the people of the great State of Oklahoma. I and others in the House and Senate intend to do just that with this legislation,” declared Ritze.

Dr. Ritze and his colleagues in the Oklahoma state legislature stand on firm constitutional and legal ground in their opposition to acts of the federal government that exceed its constitutional authority.

The irrefutable truth is that not a single one of our Founding Fathers, not even the most ardent advocate of a powerful central government, would have remained a single day at the Philadelphia Convention if they had believed that the government they were creating would become the instrument of tyranny that it has become.

All state legislatures have an obligation to liberty and to their citizens to follow Oklahoma’s example and through the exercise of the 10th Amendment and their natural right to rule as sovereign entities, stop ObamaCare at the state borders by enacting state statutes nullifying the healthcare law.

The best defense of nullification is found in Thomas Jefferson’s Kentucky Resolution of 1798. In the Kentucky Resolution, Jefferson plainly points to the constitutional source of all federal power. Jefferson wrote, “That the several states who formed that instrument, being sovereign and independent, have the unquestionable right to judge of its infraction; and that a nullification, by those sovereignties, of all unauthorized acts done under colour [sic] of that instrument, is the rightful remedy.”

Nullification is a concept of constitutional law that recognizes the right of each state to nullify, or invalidate, any federal measure that exceeds the few and defined powers allowed the federal government as enumerated in the Constitution.

This power is founded on the assertion that the sovereign states formed the union, and as creators of the compact, they hold ultimate authority as to the limits of the power of the central government to enact laws that are applicable to the states and the citizens thereof.

In the wake of the Supreme Court’s ObamaCare decision, supporters of American federalism are encouraged to see state legislators boldly asserting their right to restrain the federal government through application of the very powerful and very constitutional principle of nullification.

HB 1021 will now be presented to the state Senate where it is sponsored by State Senator Nathan Dahm (R-Tulsa). When asked byThe New American about the prospect for passage of his bill in the state Senate, Dr. Ritze said there is a 50/50 chance the bill will make it to the governor’s desk.