Could you imagine an even more dangerous pick than Hagel for Secretary of Defense? Under Obama, yes. Worse is always what’s next.

President Barack Obama said today he would nominate former Nebraska Sen. Chuck Hagel, a Republican, to be Secretary of Defense, and his top counterterrorism adviser, John Brennan, to head the CIA. Astonishing. Obama is doing the full monty.

The president’s CIA pick called jihad a “legitimate tenet of Islam,” arguing that the term “jihadists” should not be used to describe America’s enemies. During a speech at the Center for Strategic and International Studies, John Brennan described violent extremists as victims of “political, economic and social forces,” but said that those plotting attacks on the United States should not be described in “religious terms.”

White House pro-jihadist John Brennan speechifies in Arabic and has equated Muslim terrorists with shoplifters. Lawmakers have called for his firing (here). 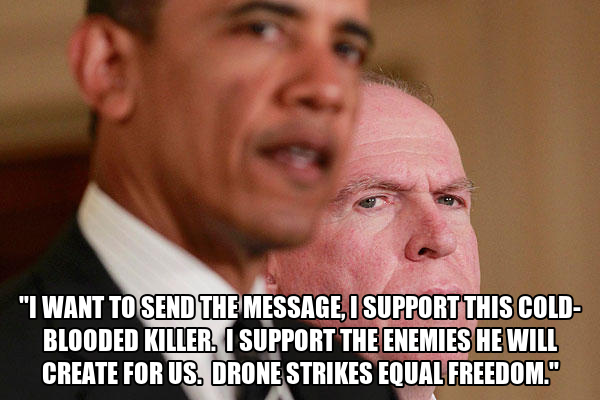 Atlas readers are long familiar with the pro-jihadi thug Brennan. If you recall, during the 2008 presidential election, I ran a number of stories on the breach of Obama’s passport at the Department of State. It bears noting that John O. Brennan, whom Obama first appointed to be Assistant to the President and Deputy National Security Adviser for Homeland Security and Counterterrorism, in which capacity he made his notorious and incredible pro-terror remarks, some in Arabic no less, about the beauty of jihad, was connected with the tampering with Obama’s passport.

He led the investigation into the breach of Obama’s passport records — the mysterious passport Obama traveled to Pakistan on in 1981.

Back in March 2008, State Department employees had tampered with the passport files of Barack Hussein Obama. The State Department launched an investigation into allegations of improper computer access to Obama’s passport records. The investigation was focusing on one employee — a contract worker with a company headed by an adviser to the presidential campaign of Sen. Barack Obama (more here at The Washington Times). 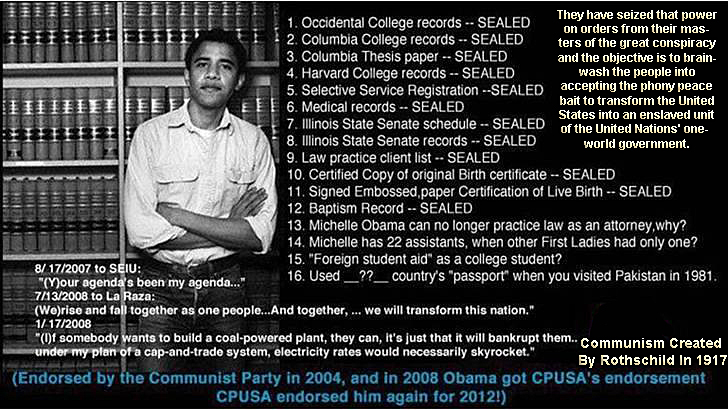 Obama said at the time:

In Portland, Ore., Mr. Obama said the series of attempts to “tap into people’s personal records” were “a problem not just for me but for how our government functions.”

Laughable, considering how intrusive his administration has been and continues to be in accessing private information.

Officials do not know whether information was improperly copied, altered or removed from the database during the intrusions.

“As soon as we realized that there were these unauthorized accesses for Senator Obama’s passport files, we collected the information, we briefed the secretary, we briefed Senator Obama’s staff, all before we ever replied to the reporter,” Mr. McCormack said.

You will also recall that the key witness in the presidential passport tampering case was murdered. Shot in the head, in his car, in front of his church.

Chief of firm involved in breach is Obama adviser
updated 9:10 p.m. EDT, Sat March 22, 2008
cnn.com
WASHINGTON (CNN) — The CEO of a company whose employee is accused of improperly looking at the passport files of presidential candidates is a consultant to the Barack Obama campaign, a source said Saturday.
John O. Brennan, president and CEO of the Analysis Corp., advises the Illinois Democrat on foreign policy and intelligence issues, the source said.
Brennan briefed the media on behalf of the campaign this month.
The executive is a former senior CIA official and former interim director of the National Counterterrorism Center.
He contributed $2,300 to the Obama campaign in January…

At the time, “State Department spokesman Sean McCormack said the violations of McCain and Clinton’s passport files were not discovered until Friday, after officials were made aware of the unauthorized access of Obama’s records and a separate search was conducted.”

The incidents raise questions as to whether the information was accessed for political purposes and why two contractors involved in the Obama search were dismissed before investigators had a chance to interview them.

I always thought they rifled through Clinton’s and McCain’s files to make it look as if it was all three, but it was Obama’s passport records that they accessed. Secondarily, almost as an afterthought, there were “violations” concerning Clinton and McCain. But who stood to gain from a tampering, and why?

There is a video here of Obama’s response to the passport “breach” back on March 21, 2008. Watch it — I think it’s telling that he says, not that he has anything to hide: “not because I have any particular concerns” [minute -.23]. 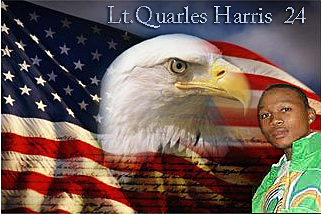 Back in March 2008, the State Department launched an investigation of improper computer access to the passport records of Barack Hussein Obama, and days later those of Hillary Clinton and John McCain. The investigation centered on one employee: a contract worker for a company that was headed by John O. Brennan, a key Obama campaign adviser who later became assistant to the president and deputy national security adviser for Homeland Security and Counterterrorism.

Then, a month later, the key witness in this case was murdered.  Leiutenant (sic) Quarles Harris, Jr., 24, was shot in the head in his car, in front of his church.

During the 2008 presidential election, I ran a number of stories at my website, AtlasShrugs.com, on the breach of Obama’s passport.  Fast-forward to four years later, and there is no new information.  Why is this murder case not being pursued?  Who at the State Department is covering up Obama’s passport breach?  Lt. Harris told federal investigators before he was murdered that he received “passport information from a co-conspirator who works for the U.S. Department of State.”  What became of the “co-conspirator”?  Why wasn’t he/she brought to trial?

I always thought that the perpetrators rifled through Clinton’s and McCain’s files to make it look as if they were looking for dirt on all three, but that it was Obama’s passport records that they were actually interested in accessing.  Thus, secondarily, almost as an afterthought, there were “violations” concerning Clinton and McCain.  For who stood to gain from a tampering, and why?

There is no way to tell what might have been done to Obama’s passport records by those who accessed them.  Key information could have been altered or destroyed.  On April 8, 2008, after the breach became public, Obama confessed to having taken a trip to Pakistan in 1981.  The then-candidate said: “I traveled to Pakistan when I was in college.”  Journalist Jake Tapper was surprised and said: “This last part — a college trip to Pakistan — was news to many of us who have been following the race closely. And it was odd that we hadn’t heard about it before, given all the talk of Pakistan during this campaign.”

Did Obama confess to this trip, which he doesn’t mention in either of his autobiographies, because of the passport breach?  While the oft-repeated charge that Americans were forbidden to travel to Pakistan in 1981 appears to be false, questions remain about why Obama took the trip at all, and what he did there.  Indian counterterrorism expert Bahukutumbi Raman asked pointed questions about this trip:

Why did he keep mum on his visit to Pakistan till this question was raised? Has he disclosed all the details regarding his Pakistan visit? Was it as innocuous as made out by him — to respond to the invitation of a Pakistani friend or was there something more to it? As I read about Obama’s visit to Pakistan in the 1980s, I could not help thinking of dozens of things. Of the Afghan jihad against communism. Of the fascination of many Afro-Americans for the jihad. Of the visits of a stream of Afro-Americans to Pakistan to feel the greatness of the jihad. Of their fascination for Abdullah Azzam[.]

It bears noting that John Brennan has made some incredible pro-terror remarks — some in Arabic no less — about the beauty of jihad.

Raman acknowledged that these were “morbid” speculations but said they were “understandable when one has a feeling that one has not been told the whole story, but only a part of it.”

And Obama confessed to this trip two weeks after his passport was tampered with.  There is a video here of Obama’s response to the passport breach back on March 21, 2008.  It’s telling that he assures everyone that he has nothing to hide: “not because I have any particular concerns” (0:23).  This is before the birth certificate controversy.  Who would say that — unless he did have particular concerns?

Obama said at the time that attempts to “tap into people’s personal records” were “a problem not just for me, but for how our government functions.”

Laughable, considering how intrusive his administration has been and continues to be in accessing private information.

Also laughable is the enemedia’s pretensions to journalistic integrity when they refuse to ask these questions.  A man is dead, and there is abundant evidence of improper conduct by Obama and his cronies, and the media lets the story lie dormant for four years.  Lt. Harris deserves better.  So do the American people.