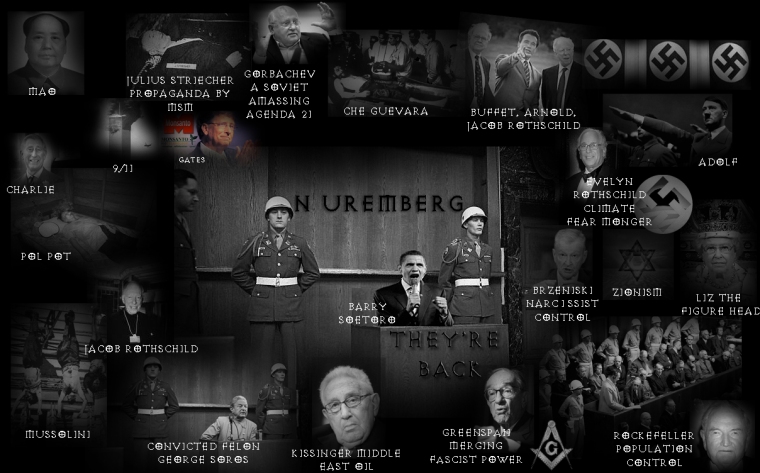 Former Italian senator Sergio De Gregorio confirmed over the weekend that he’d been bribed by Silvio Berlusconi in 2006. “The Cavaliere paid me,” he told La Stampa nonchalantly about the €3 million he’d received. “Of course I took the money, as I clarified to the prosecutors,” he said.

Utterly frustrated with this sort of daily display of corruption in their country, 8.7 million angry Italians from all walks of life voted for Beppe Grillo’s 5-Star movement. While 25.5% of the popular vote isn’t nearly enough to govern without being part of a coalition, which he has so far rejected, it’s enough to give the political establishment conniptions—and show that anger and frustration finally count.

“The existing political class must be expelled immediately,” he told the New York Times. Hence his refusal to form a coalition. He wants the political system to collapse. From it, he’d construct “something new,” something truly democratic. “We can change everything in the hands of respectable people,” he explained.

But wasn’t it reckless to try to destroy the system? “How can we be accused of destroying something that’s already destroyed?” he asked. “They’ve devoured the country, and now they can’t govern.” He called Berlusconi of the right-leaning PDL a “psycho dwarf” and Pier Luigi Bersani, the top honcho of the left-leaning Democratic Party, “a dead man walking.”

BREAKING -> Silvio Berlusconi Sentenced To One Year In Prison

Italy’s political system would collapse, he told the German online magazine Focus. “I give the old parties six months, and then it’s over.” In the subsequent elections, the 5-Star movement could get enough votes to govern—and to clean house.

He also demanded the renegotiation of Italy’s debt. “We’re being crushed, not by the euro, but by our debt.” A government is like a corporation that goes bankrupt. Investors are simply “out of luck.” They took a risk and lost, he said, having earned a degree in accounting. And if the conditions aren’t changed, he added, Italy would leave the euro and return to the Lira.

Then he was talking with the tabloid Bild, the largest circulation paper in Germany—he’d become an equal opportunity mainstream-media darling. The Bild pushed him about Merkel’s demand that Italy continue on Prime Minister Mario Monti’s path of reforms and austerity. He brushed it off. What Monti had done wasn’t real austerity, he said. “Instead of taking something from the already privileged, particularly politicians, he helped himself to the savings of families who now, without this money, no longer know how they can go on.”

Himself “a convinced European,” he wants an online referendum on the euro. Though non-binding under Italian law, results would be difficult to ignore. “In one year, we won’t have enough money to pay pensions and wages of those who work in the public sector.” One year! During the Focus interview the day before, it was half a year. But hey. It’s the principle that counts.

He’d been lambasting the Italian political system and the established parties for years—and it has struck a chord with voters. As if to drive home the point, just after the election, Berlusconi’s corruption scandal bubbled to the surface with Sergio De Gregorio’s admission that “The Cavaliere paid me,” underlined by, “Of course I took the money.”

The Cavaliere allegedly funneled €3 million to De Gregorio in 2006 to get him to switch parties, which resulted in the collapse of the center-left coalition government under Prime Minister Romano Prodi. In the subsequent election, Berlusconi won. Last Thursday, it seeped out that prosecutors in Naples were investigating Berlusconi and others for corruption and illegal financing of political parties. Prodi called it “an assassination of democracy.”

Gregorio told La Stampa that he’d decided to cooperate with prosecutors when it became clear to him that the new members of parliament, the Grillini, as the media dubbed them, were demanding a sort of “Nuremberg for Politicians,” reminiscent of the Nuremberg Trials for the Nazis. “I didn’t want to go down in history as the senator who leaves the Palazzo Madama”—the palace in Rome where the Senate meets—“in handcuffs.”

De Gregorio isn’t exactly a paragon of innocence temporarily gone astray: he has been investigated in the past for money laundering and corruption. Suspicions are floating around that he is connected to the Mafia. But now he is afraid the new members of parliament might try to clean house.

The 5-Star movement doesn’t have much of a structure yet, and no experienced MPs—they, like their electorate, come from all walks of life and were picked during the primaries through internet voting. The movement might have trouble bringing down, as Grillo hopes, the political establishment that was designed to survive these kinds of democratic groundswells; it had been able to form governing coalitions before, even when election results were complicated. But alone the fact that the 5-Star movement gives De Gregorio and perhaps others visions of Nuremberg Trials for politicians is a glorious achievement.

“I’m appalled that two clowns have won,” said the man who’d try to knock Merkel off her perch later this year. He was referring to former comedian Grillo and former Prime Minister Berlusconi. One of them is “a professional clown who doesn’t mind being called that,” he explained; the other is “a clown with special testosterone boost.” Read…. The Fragility Of The Eurozone: Even Democracy Is A Threat.