The Pontifical Council Cor Unum, which coordinates Catholic relief operations around the world, released data on aid given so far to Catholic organizations assisting in relief efforts in Syria.

The Pontifical Council stated that $72 million has so far been allocated to Catholic humanitarian organizations in Syria and in neighboring regions. Aid has also been provided to assist refugees present in Lebanon, Jordan Turkey, Iraq, Cyprus and Egypt. 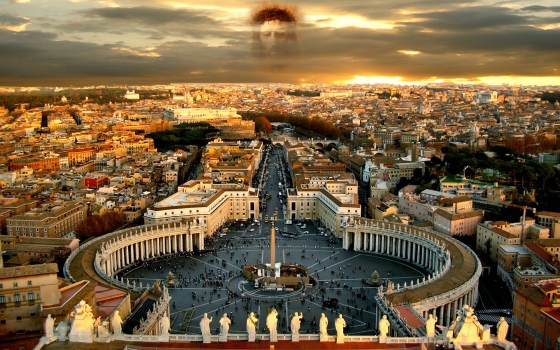 “The Catholic Church, and the local Churches present on the territory have been committed, since the beginning of the crisis in 2011, in the constant endeavor of furnishing humanitarian aid to the population hit by the tragedy of the internal war in Syria,” a communique by the Pontifical Council stated.

“Pope Francis has followed with particular closeness and attention the evolution of the crisis and the work of assistance carried out by the charitable agencies, which were received in audience in the course of the meeting organized by the Pontifical Council Cor Unum.”

The Pontifical Council has made known that efforts have been made to assure that aid is provided to those in need. Information related to the needs of the population have been difficult to obtain, prompting “a sporadic nature of aid” sent to those on the ground.

The difficulties prompted a meeting held in June to organize humanitarian efforts which are now headed by Caritas Middle East-North Africa, whose headquarters are located in Beirut, Lebanon.

The Beirut office “will have the task of understanding and monitoring the entity of aid gathered and of sharing the necessary information among all the institutions involved, including those not present at the Cor Unum meeting.”

In organizing relief efforts with a central office in the Middle East, the Pontifical Council Cor Unum stated that a more precise understanding of the humanitarian needs of the population will benefit those suffering in Syria.

Will Rothschild, Soros, Bloomberg, Rockefeller, Strong, Self Appreciating Bilderbergs, & The Jughead Illuminatis Come To Japan’s Aid? Are You Kidding?