The Unalienable Natural Right Of The People To Keep And Bear Arms Shall Not Be Infringed.

Representatives Given One Last Chance To Uphold Their Oath Of Office!

Up to 350,000 American citizens have chosen to ignore the new anti-gun laws in Connecticut, allegedly becoming “felons” under state law. Rather than register or turn in any of their firearms, they’re simply ignoring the law and defending the Constitution of the United States.

Civil disobedience is one of the most powerful ways of fighting tyranny, because it shows to the world that the only cause of the pain isn’t you — it’s those using force against you.

Violating Oath of Office is a Federal Crime

Be Prepared To Counter Those Who Violate Their Oaths Of Office!

The Second Amendment is brutally clear: “[T]he right of the people to keep and bear arms shall not be infringed.” The Americans rejecting the new registration laws know that nobody should be forced to register to exercise their rights.

From the The Hartford Courant:

Everyone knew there would be some gun owners flouting the law that legislators hurriedly passed last April, requiring residents to register all military-style rifles with state police by Dec. 31.

But few thought the figures would be this bad.

The Truth behind Executive Orders and Martial Law

By the end of 2013, state police had received 47,916 applications for assault weapons certificates, Lt. Paul Vance said. An additional2,100 that were incomplete could still come in.

That 50,000 figure could be as little as 15 percent of the rifles classified as assault weapons owned by Connecticut residents, according to estimates by people in the industry, including the Newtown-based National Shooting Sports Foundation. No one has anything close to definitive figures, but the most conservative estimates place the number of unregistered assault weapons well above 50,000, and perhaps as high as 350,000.

And that means as of Jan. 1, Connecticut has very likely created tens of thousands of newly minted criminals — perhaps 100,000 people, almost certainly at least 20,000 — who have broken no other laws. By owning unregistered guns defined as assault weapons, all of them are committing Class D felonies.

The people are slowly waking up. Right now, hundreds of thousands of American citizens are choosing to become felons rather than to bow down and lick the boots of anti-gun politicians. These are the kinds of stories that are the most important… and the media is almost completely ignoring them.

It’s time for Americans to unite and say NO. We will not be disarmed, we will not go quietly, we will not give up our rights, and we will stand up for the Constitution and the Bill of Rights.

The media won’t tell the truth… so we have to do it ourselves.

The Truth behind Executive Orders and Martial Law

The Constitutional Right To Resist A ‘COLORED’ Duty To Submit! 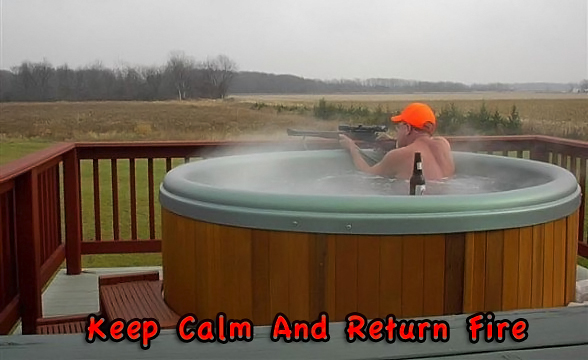 President Putin Tells United States Citizens Not To Give Up Your Guns: We Learned From Experience Fighting Rothschild’s Banking Schemes!