A bill prefiled for introduction in the Missouri State House for 2015 could effectively nullify federal executive orders signed into existence by the President.

House Bill 255 (HB255), by State Rep. Tim Remole (R-Excello), seeks to rebuke what is seen by many as federal lawlessness from the executive branch. The full text of the bill is as follows: 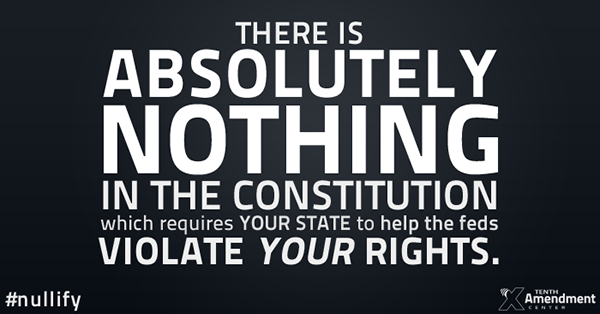 Executive Orders Are Unconstitutional And Have Been Surreptitiously Used By Presidents Against The Constitution.

Nevertheless E.O.s Are Null & Void ~ No Grandfather Clause Against The U.S. Constitution.

It shall be the duty of the general assembly to adopt and enact any and all measures as may be necessary to prevent the enforcement of regulations and rules issued by a presidential executive order.

This measure would nullify in practice the effects of many presidential executive orders and memorandums. Pres. Obama has used these privileges to circumvent Congress and move his agenda forward without the proper checks and balances required by the Constitution.

But, without state support and resources, federal programs often cannot be effectuated. As the National Governor’s Association noted in a 2013 statement, “states are partners with the federal government on most federal programs.”

“Partnerships rarely work when one side doesn’t participate,” said Michael Boldin of the Tenth Amendment Center. “By prohibiting any action that would give effect to such orders, the state of Missouri will defang their power in practice.”

Obama has already issued more of these commands than any other President in over six decades, as a USA Today report explains:

President Obama has issued a form of executive action known as the presidential memorandum more often than any other president in history — using it to take unilateral action even as he has signed fewer executive orders.

When these two forms of directives are taken together, Obama is on track to take more high-level executive actions than any president since Harry Truman battled the “Do Nothing Congress” almost seven decades ago, according to a USA TODAY review of presidential documents.

Obama’s executive orders and presidential memoranda have already been used to make policy on issues pertaining to firearms, immigration, energy and labor – with Congress offering little more than lip service as it persists.

Because Congress is so ineffectual in their role of checking the President’s power, measures such as HB255 are vitally necessary, and should be introduced in all states.

The state of Missouri now has the opportunity to lead on this important issue, and to become the potential standard bearer for resisting executive orders at the state level.

For other states: Call your state legislators and politely urge them to introduce legislation that fights back against President Obama’s executive orders similar to HB255 in Missouri. You can find their contact information HERE.