Reports that US and British aircraft carrying arms to ISIS have been shot down by Iraqi forces have been met with shock and denial in western countries.

Few in the Middle East doubt that Washington is playing a ‘double game’ with its proxy armies in Syria, but some key myths remain important amongst the significantly more ignorant western audiences.

A central myth is that Washington now arms ‘moderate Syrian rebels’, to both overthrow the Syrian Government and supposedly defeat the ‘extremist rebels’. This claim became more important in 2014, when the rationale of US aggression against Syria shifted from ‘humanitarian intervention’ to a renewal of Bush’s ‘war on terror’.

A distinct controversy is whether the al Qaeda styled groups (especially Jabhat al Nusra and ISIS) have been generated as a sort of organic reaction to the repeated US interventions, or whether they are actually paid agents of Washington.

According to Seymour Hersh’s 2007 article, ‘The Redirection’, the US would make use of ‘moderate Sunni states’, not least the Saudis, to ‘contain’ the Shia gains in Iraq brought about by the 2003 US invasion.

These ‘moderate Sunni’ forces would carry out clandestine operations to weaken Iran and Hezbollah, key enemies of Israel. This brought the Saudis and Israel closer, as both fear Iran.

In fact the US used the Shia Muslim Brotherhood monikered ISIS that they misdirected the public by labeling them Sunnis.

ISIS Real Target Is Saudi Arabia Who Are All Sunnis: Nasrallah

Holding Iran As A Shia Enemy Is A Red Herring. Its like Shia Muslim Brotherhood = Shia Muslims or In Our Neck Of The Woods its like KKK = Whites. Its just not so.

The Monikers of Muslim Brotherhood are KLA. al-Nusra, al-Qaeda, ISIS, ISIl, Islamic State, all orchestrated by CIA/Mossad for Rothschild NWO and the deep hatred against Christianity.

While there have been claims that the ISIS ‘caliph’ al-Baghdadi is a CIA or Mossad trained agent, these have not yet been well backed up. There are certainly grounds for suspicion, but independent evidence is important, in the context of a supposed US ‘war’ against ISIS . So what is the broader evidence on Washington’s covert links with ISIS?

The next month, US Vice President Joe Biden went a step further, explaining that Turkey, Qatar, the UAE and Saudi Arabia ‘were so determined to take down Assad … they poured hundreds of millions of dollars and tens, thousands of tons of weapons into anyone who would fight against Assad … [including] al Nusra and al Qaeda and extremist elements of jihadis coming from other parts of the world … [and then] this outfit called ISIL’.

Problems with Qatar & S.Arabia being complicit:

Biden’s admissions sought to exempt the US from this operation, as though Washington were innocent of sustained operations carried out by its key allies. That is simply not credible.

Washington’s relationship with the Saudis, as a divisive sectarian force in the region, in particular against Arab nationalism, goes back to the 1950s, when Winston Churchill introduced the Saudi King to President Eisenhower. At that time Washington wanted to set up the Saudi King as a rival to President Nasser of Egypt. More recently, British General Jonathan Shaw has acknowledged the contribution of Saudi Arabia’s extremist ideology: ‘This is a time bomb that, under the guise of education. Wahhabi Salafism is igniting under the world really. And it is funded by Saudi and Qatari money’, Shaw said.

How could they any longer be allies to genocidal murderers who are in Iraq killing S. Arabia’s & Qatar’s Fellow Sunnis?

Other evidence undermines western attempts to maintain a distinction between the ‘moderate rebels’, now openly armed and trained by the US, and the extremist groups Jabhat al Nusra and ISIS. While there has indeed been some rivalry (emphasised by the London-based, Muslim Brotherhood-aligned, Syrian Observatory of Human Rights), the absence of real ideological difference is best shown by the cooperation and mergers of groups.

As ISIS came from Iraq in 2013, its Syrian bases have generally remained in the far eastern part of Syria. However Jabhat al Nusra (the official al Qaeda branch in Syria, from which ISIS split) has collaborated with Syrian Islamist groups in western Syria for several years.

The genocidal slogan of the Syrian Islamists, ‘Christians to Beirut and Alawis to the Grave’, reported many times in 2011 from the Farouk Brigade, sat well with the al Qaeda groups. Farouk (once the largest ‘Free Syrian Army’ group) indeed killed and ethnically cleansed many Christians and Alawis.

Long term cooperation between these ‘moderate rebels’ and the foreign-led Jabhat al-Nusra has been seen around Daraa in the south, in Homs-Idlib, along the Turkish border and in and around Aleppo. The words Jabhat al Nusra actually mean ‘support front’, that is, support for the Syrian Islamists. Back in December 2012, as Jabhat al Nusra was banned in various countries, 29 of these groups reciprocated the solidarity in their declaration: ‘We are all Jabhat al-Nusra’.

After the collapse of the ‘Free Syrian Army’ groups, cooperation between al Nusra and the newer US and Saudi[??] backed groups (Dawud, the Islamic Front, the Syrian Revolutionary Front and Harakat Hazm) helped draw attention to Israel’s support for al Nusra, around the occupied Golan Heights.

Since 2013 there have been many reports of ‘rebel’ fighters, including those from al Nusra, being treated in Israeli hospitals. Prime Minister Netanyahu even publicised his visit to wounded ‘rebels’ in early 2014. That led to a public ‘thank you’ from a Turkey-based ‘rebel’ leader, Mohammed Badie (February 2014).

Muslim Brotherhood has been removed from Egypt July 2013 and the Obama puppet Morsi is now in prison. 1000’s of Muslim Brotherhood members and tangential population of the same have been tried and condemned to death sentences.

After the Muslim brotherhood was removed from Egypt they migrated north into Turkey & Jordan where they are trying to establish a media center for the bankers NWO propaganda. Turkey is presently being played by Obama’s Muslim Brotherhood  for the NWO and Putin for Sovereignty.

The artificial distinction between ‘rebel’ and ‘extremist’ groups is mocked by multiple reports of large scale defections and transfer of weapons.

ISIS already had US weapons by other means, in both Iraq and Syria , as reported in July, September and October 2014. At that time a ‘non aggression pact’ was reported in the southern area of Hajar al-Aswad between ‘moderate rebels’ and ISIS, as both recognised a common enemy in Syria: ‘the Nussayri regime’, a sectarian way of referring to supposedly apostate Muslims. Some reported ISIS had bought weapons from the ‘rebels’.

In December 2014 there were western media reports of the US covert supply of heavy weapons to ‘Syrian rebels’ from Libya, and of Jabhat al-Nusra getting anti-tank weapons which had been supplied to Harakat Hazm. Video posted by al-Nusra showed these weapons being used to take over the Syrian military bases, Wadi Deif and Hamidiyeh, in Idlib province.

With ‘major Arab allies’ backing ISIS and substantial collaboration between US-armed ‘moderate rebels’ and ISIS, it is not such a logical stretch to suppose that the US and ‘coalition’ flights to ISIS areas (supposedly to ‘degrade’ the extremists) might have become covert supply lines.

That is precisely what senior Iraqi sources began saying, in late 2014 and early 2015.

The major Arab Allies are US, Israel, & Britain. There are absolutely NO Arab Allies supporting CIA/Mossad ISIS. These maniacs are causing WWIII Sunni Genocide in Iraq, while everyone else by corporate media is focused upon Charlie Hebdo. Its Insanity at its finest hour!

The Al-Ahad news website quoted Head of Al-Anbar Provincial Council Khalaf Tarmouz saying that a US plane supplied the ISIL terrorist organization with arms and ammunition in Salahuddin province. Also in February an Iraqi militia called Al-Hashad Al-Shabi said they had shot down a US Army helicopter carrying weapons for the ISIL in the western parts of Al-Baqdadi region in Al-Anbar province.

Again, photos were published. After that, Iraqi counter-terrorism forces were reported as having arrested ‘four foreigners who were employed as military advisors to the ISIL fighters’, three of whom were American and Israeli. So far the western media has avoided these stories altogether; they are very damaging to the broader western narrative.

Some image softening of the al Qaeda groups is underway. Jabhat al-Nusra is reported to be considering cutting ties to al Qaeda, to help sponsor Qatar boost their funding. Washington’s Foreign Affairs magazine even published a survey claiming that ISIS fighters were ‘surprisingly supportive of democracy’. After all the well published massacres that lacks credibility.

The [Assad] Syrian Army is gradually reclaiming Aleppo, despite the hostile supply lines from Turkey, and southern Syria, in face of support for the sectarian groups from Jordan and Israel. The border with Lebanon is largely under Syrian Army and Hezbollah control. In the east, the Syrian Army and its local allies control most of Hasaka and Deir e-Zour, with a final campaign against Raqqa yet to come. The NATO-GCC attempt to overthrow the Syrian Government has failed.

All this has been reported perversely in the western media. The same channels that celebrate the ISIS killing of Syrian soldiers also claim the Syrian Army is ‘not fighting ISIS’.

This alleged ‘unwillingness’ was part of the justification for US bombing inside Syria.

While it is certainly the case that Syrian priorities have remained in the heavily populated west, local media reports make it clear that, since at least the beginning of 2014, the Syrian Arab Army has been the major force engaged with ISIS in Hasaka, Raqqa and Deir eZour.

A March 2015 Reuters [Fully Owned And Operated By Rothschild] report does concede that the Assad Syrian Army recently killed two ISIS commanders (including Deeb Hedjian al-Otaibi) along with 24 fighters, at Hamadi Omar. 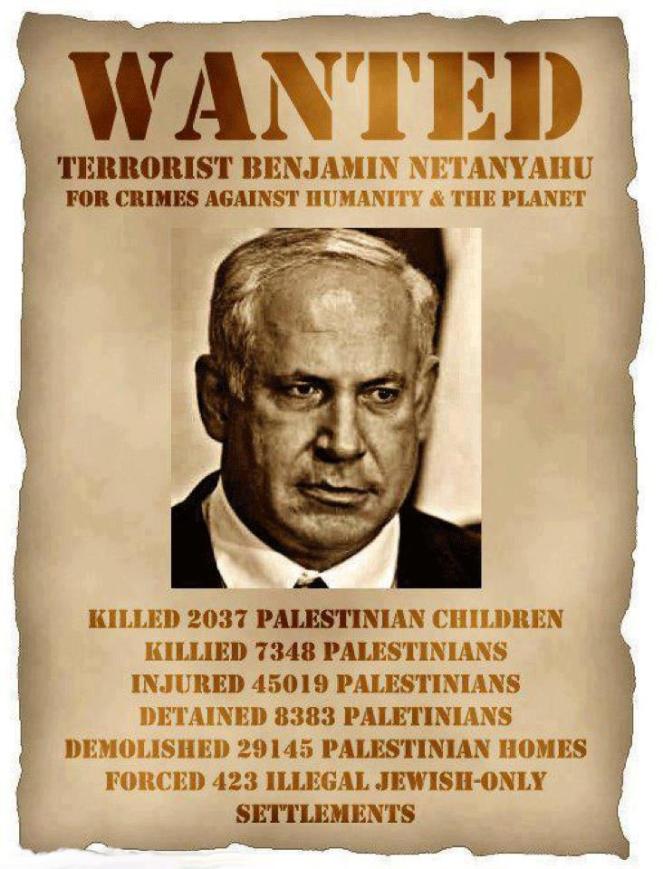 Closer cooperation between Iran, Iraq, Syria and Lebanon’s Hezbollah is anathema to Israel, the Saudis[???] and Washington, yet it is happening.

This is not a sectarian divide but rather based on some clear mutual interests, not least putting an end to sectarian (takfiri) terrorism.

It was only logical that, in the Iraqi military’s recent offensive on ISIS-held Tikrit, the Iranian military emerged as Iraq’s main partner.

Washington has been sidelined, causing consternation in the US media.

General Qasem Suleimani, head of Iran’s Quds Force is a leading player in the Tikrit operation.

A decade after Washington’s ‘creative destruction’ plans, designed to reduce Iranian influence in Iraq, an article in Foreign Policy magazine complains that Iran’s influence is ‘at its highest point in almost four centuries’.

REMEMBER: Holding Iran As A Shia Enemy Is A Red Herring. Its like Shia Muslim Brotherhood = Shia Muslims or In Our Neck Of The Woods its like KKK = Whites. Its just not so.