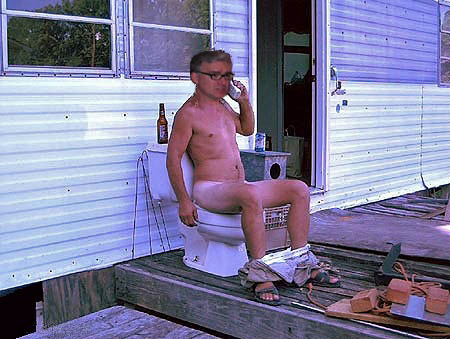 Redneck Olbermann Caught Sipping A Few At His Ranch!

Michelle Malkin‘s got the best post up this morning, “The Indelible Whiteness of MSNBC” (via Memeorandum):

IS THE LEFT WING NAZI DAILY KOS INVOLVED IN ARIZONA MURDERS? “My CongressWOMAN voted against Nancy Pelosi! And is now DEAD to me!” — eerie Daily Kos hit piece on Gabrielle Giffords just two days before assassination attempt; repeated use of word “dead” in relation to Giffords just 48 hours before she and a dozen others were fired upon. UPDATE: Daily Kos scrubs “dead to me” thread but screengrabs document everything; UPDATE: school classmates and former friends describe shooter Jared Lee Loughner as committed Leftist.

Daily Kos has a long history of scrubbing things like this, so those are the screen grabs for a hit piece Kos ran on Congresswoman Gabrielle Giffords on Thursday January 6th, 2010.

The article, entitled “My CongressWOMAN voted against Nancy Pelosi! And is now DEAD to me!”, was written by someone calling him/herself BoyBlue.

It eerily presaged the assassination attempt on the Congresswoman, with the Kos author angry Giffords opposed Nancy Pelosi’s radical agenda.

Daily Kos, DemocraticUnderground, and other George Soros-funded Leftist sites routinely use turns of phrase that seem to encourage bodily harm towards their political opponents.  If someone at Kos, in particular, does not like you, stories will appear there urging Kos readers to teach you a lesson in physical ways, to get you to either shut up or toe whatever line the Left is insisting on that day.

It remains to be seen if the gunman involved in today’s shooting of the Congresswoman and a dozen others is directly connected to Daily Kos, but it would not be at all surprising if he was. 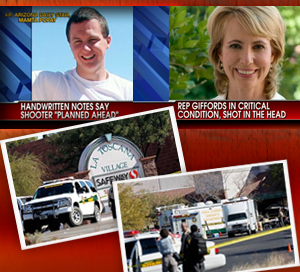 Apparently someone really did put a bull’s eye on Gabrielle Giffords — not SarahPAC‘s surveyor symbol but a genuine target. Jared Loughner must have seen this and decided to abandon his peaceful ways FOR a career of murder and mayhem. That would make as much sense as Keith Olbermann‘s theory that folks like Bill O’Reilly are to blame.From HillBuzz

NAZI Matthews – Just Think One Of These Days Obama Could Be White!

Hey Matthews Where Were You On This?  “Your Party Inciting Goons To Violence”

Did You Notice Too That (Obama/birth father) Was Called (Barry/Indonesian adoptive father) By Grandmother  At *time* 4:00 Into Video In His Own Voice.