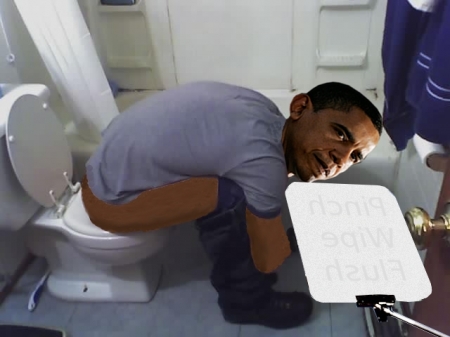 Author’s Note:  I am reposting this again as we continue to have more evidence of Obama’s criminal activity.  The latest is extorting ‘amnesty’ for illegal aliens in exchange for providing border security–a federal function.  Excuse me?  This is your job, dude.  Get with the program or get out of the way and resign.

When Obama is formally found ineligible for the Presidency, and is removed either through the 25th Amendment, impeachment, conviction in trial, or simple arrest, the charges he  faces as the impostor-in-chief  and as a private citizen are extremely serious.  Even if he finishes his one and only term, the crimes he has committed will follow him the rest of his life.

And, it will not only be Obama who faces the wrath of justice, nor his various enablers.  His IDEAS for this country–so representative of one hundred years of the reprehensible “progressive” assault on America– will be finally, once and for all, outed and stamped out.

Obama’s behavior, as well as that of Congress, is characterized by attacks on sovereignty of the Several States and provision of  aid and comfort to our enemies…aka, ‘treason’.

Obama could be charged right now for treason, usurping the Presidency, and a host of other actions were it not for the conspiracy of silence from the democrats, republicans, military, intelligence, and justice system. I believe the current government is so corrupt that everyone has something on everyone else, such that no one can say anything for fear of exposing their own nasty, unconstitutional, selfish, power-mongering illegal behavior and ill-gotten gains.

What Does Obama Know?

When the entire government allows a usurper into the White House, permits the takeover of the U.S. economy, and allows the inter-generational theft of money against all Constitutional provisions, something is going on. Somebody knows something, and it is extremely damaging.

We have considered in these pages the potential blackmail of Obama from foreign sources; but a picture is also beginning to emerge of domestic blackmail.  Consider this: how could Bush, Cheney, Rice, the Clintons, Pelosi, Reid, and John McCain notknow about Obama’s radical past, ineligibility, and unseemly associates? Yet we heard crickets from all of them…a few hints from HRC but in the end even she was and has been silenced.

Given Obama’s foreign policy mentor Brzeznski and his likely muslim brotherhood benefactors, Obama likely knows the CIA game being played out on the world stage in creating wars and events for the larger purpose of paying back benefactors and keeping the drugs, oil, and weapons flowing toward manufactured chaos.  Does Obama know something about the causes, sponsors, set-up, and goals of theSeptember 11, 2001 attack on America?  Does Obama know who set up the economic terror attack of September 14, 2008?

His positions as a U.S. Senator, as a candidate for President of the United States, as pResident, and as private citizen after he is gone from the White House do not protect him or his enablers from Misprision of Felony, among other charges discussed below.  U.S. Code, Title 18, Chapter 1, Section 4 provides that:

Whoever, having knowledge of the actual commission of a felony cognizable by a court of the United States, conceals and does not as soon as possible make known the same to some judge or other person in civil or military authority under the United States, shall be fined under this title or imprisoned not more than three years, or both.

Similarly, Nancy Pelosi, Howard Dean, Alice Germond, and the DNC general counsel are not immune from prosecution under Title 18, as they did not disclose that Obama is not constitutionally eligible for the Presidency.  And what about Eric Holder and all those Justice Department attorneys defending Obama against the people of the United States and the Constitution?

An excellent research memorandum written for Attorney Gary Kreep, of the U.S. Justice Foundation, identifies six (6) other criminal liabilities that will follow when Obama is found ineligible, which are listed below.  Importantly, these same liabilities will follow Obama even if he manages to complete his term without being ‘outed’ as an imposter.

1. False Personation of Officer or Employee of the United States (18 U.S.C. § 912). “Whoever falsely assumes or pretends to be an officer or employee acting under the authority of the United States or any department, agency or officer thereof, and acts as such, or in such pretended character demands or obtains any money, paper, document,or thing of value, shall be fined under this title or imprisoned not more than three years,or both.” The Supreme Court has upheld convictions for FalsePersonations in U.S. v. Lepowitch, (63 S.Ct. 914), and Lamar v. U.S., (36 S.Ct. 535).

2. Conspiracy to Commit Offense or to Defraud United States (18 U.S.C. 371). “If two or more persons conspire either to commit any offense against the UnitedStates, or to defraud the United States, or any agency thereof in any manner or for anypurpose, and one or more of such persons do any act to effect the object of the conspiracy, each shall be fined under this title or imprisoned not more than five years, or both.

3. Activities Affecting Armed Forces During War (18 U.S.C. 2388(a)). Obama’s claims to be an NBC in order to become Commander in Chief and then interferes by decision-making which favors our enemies

4.False Statement in Application and Use of Passport (18 U.S.C. 1542). Relating to Obama’s multiple passports: diplomatic, British, Kenyan, and Indonesian.  Obama hired the head of the firm that was responsible for the passport office break as an adviser.

6. Perjury (18 U.S.C. 1621).  From the memorandum : “Mr. Obama has taken the oath of office of POTUS, in front of Chief Justice of the U.S. Supreme Court, John Roberts, in which he promises to “defend the Constitution”. As an illegal alien, or even a non-natural born citizen, he would be acting as an ineligible President. Furthermore, as an attorney, and a former professor of Constitutional law, Barack Obama would have full knowledge of the requirements for an eligible candidate for the office of  POTUS. This shows that he has willfully stated that he will and is acting contrary to his Presidential oath.”

Combined, these charges represent more than 45 years in jail if convicted of all six.  We all know that Obama thinks he can get away with this, and that is his war on America right now.

To convict on these crimes requires evidence of intent.  Obama knows, or should know where he was born and his citizenship status.  As a ‘professor’ of Constitutional law, he knows that the Presidency requires a natural born citizen, and thus knows he is not eligible.  He has thus willfully–with intent– made false claims of his citizenship.

The Future looks Bleak for the Obama’s

The incredible shrinking Obama, nothing but a string of lies held together by silly putty, faces a certain future of legal battles and significant jail time.  This is no proud legacy to hand off to his children, imho, and it strikes me as child abuse.

What kind of man, creature, dissociated troubled soul would lie to Americans and America like Obama has?  What kind of father would do this to his children?

A few pictures to ponder:

I think Alcatraz looks like a ‘shovel ready’ project worthy of stimulus monopoly money.  Sure would be convenient to also house Pelosi there, she could feel more at home.

So there you have it: Leavenworth, Guantanamo, or Alcatraz.  What is your preference for the anti-constitutionalists?

← THE BRITISH ARE BACK! Obama’s 800 Lb. Gorilla: The Treasonous Derivative Bailout ~ Exchanging Worthless Derivative Paper For Future Exorbitant Taxation Of Our Lives.
Muslim Brotherhood’s Terror Training Camps Inside The USA. →