WASHINGTON – Tea Party Nation today emailed its members urging defeat of efforts to raise the debt limit and calling for a primary challenge to Republican House Speaker John Boehner in 2012 because of his insistence that continued borrowing isnecessary.

“Boehner must go,”wrote Tea Party Nation founder Judson Phillips.“The tea party must unite and make sure Boehner is replaced in the next election. Boehner is living proof of something I have said for a long time. It is not enough that we vote out bad leaders, we must replace them with good leaders. Getting Nancy Pelosi out of the speaker’s seat was a good thing. Unfortunately, herreplacementhas not been very good. We need people in leadership who are committed to cutting spending and eliminating these programs.”

Phillips called on all tea party activists to focus on the upcoming vote in Congress to raise the debt limit – which, if defeated by the Republican majority in the House, will mandate massive cuts in Washington spending – probably including theeliminationof long-established bureaucracies.

“Our ultimate strategy here needs to be to make sure the debt ceiling is not raised,” Phillips wrote. “If we can win this one, Congress will be forced to make changes. This is a message that, unfortunately, few in the tea party have been carrying. We have been talking about it here at Tea party Nation for quite a while, probably to the point some people are tired of hearing about it.”

An independent grassroots lobbying effort launched by WND founder Joseph Farah, called the“No More Red Ink” campaign,has sent nearly 1 million letters to House Republicans calling on them to oppose any rise in the debt limit, thus shutting off the spigot for more spending beyond the government’s revenues. Tea Party Nation is the only organization that has publicly embraced that campaign, though Tea Party Patriots has issued statements opposing a hike in the debt limit. 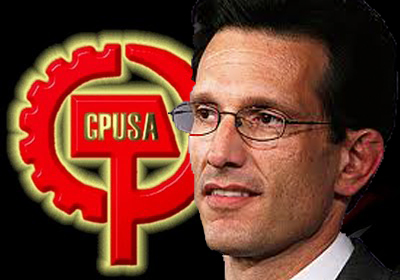 “Our friend Joseph Farah over at WorldNetDaily has been really pushing this issue,” acknowledged Phillips. “According to Farah, all we need are 218 Republicans in the House to say no and the debt ceiling does not get raised.”

A WND survey taken in early Marchshowed 122 House Republicans opposed to raising the debt limit under any circumstances with 23 favoring it.

“This is a remarkable change and shows Americans still have a chance at stopping the borrowing-and-spending madness in Washington in the near term,” said Farah. “We are effectively moving House Republicans against raising the debt limit – and they are beginning to realize this is where their real power is.”

Though there has been little discussion about it in the national media or even on Capitol Hill, House Republicans hold all the cards on denying a debt limit increase. With control of the House, they need only 218 votes against it to freeze borrowing and force the federal government to begin living within its means immediately.

“The press has largely assumed Republican House members would go along with business as usual, but apparently no one has taken an actual head count,” said Farah. “Thissurveystrongly suggests there is a very real chance the House will say no to another debt limit increase – an action that would signal a fundamental restructuring of the way the federal government operates.”

Since approval of both houses of Congress is required to raise the debt limit, this is one of the very few meaningful actions the Republican-controlled House can take without the consent of the Senate or the White House, Farah says.

He has called it the Republicans’ “secret weapon.”

Members of the media who would like tointerviewJoseph Farah about this story can emailmedia@wnd.com.

← Deception ~ The Operative Word With Republicans & Democrats For Bilking America: JOBS!
Jimbo McDermott: Obama Bailout For World’s Richest 1% ~ While National Unemployment Is Near 17% →