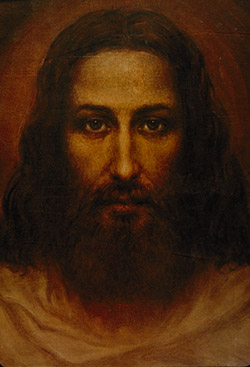 All we ever hear from the wild-eyed critics of the Catholic Church, including the dissidents within, is that the Church had better “get with it” and change its teachings on abortion, homosexuality and women’s ordination.

Yet it is precisely those religious institutions that are the most liberal on these issues—the mainline Protestant denominations—that are collapsing. Not so the Catholic Church. Indeed, its numbers are going north while the mainline denominations are going south.

The latest findings by the “Emerging Models of Pastoral Leadership” project, a collaborative effort with Georgetown University‘s Center for Applied Research in the Apostolate, are illuminating.

In the last 40 years, the Catholic population has increased by 75 percent; it has grown by 50 percent since 1990.

More important, Catholic attendance at Mass is up 15 percent since 2000.

And in the last five years, contributions have increased by 14 percent. It is also important to note that there has been a 40 percent increase in Latinos in the Church over the past five years.

Shedding more light on the statistics is a study released a few months ago by the Pew Research Center‘s Forum on Religion. Its “Landscape Survey” found that of those Catholics who have left the Church, roughly half became unaffiliated while the other half became Protestant.

Regarding the latter half, only 23 percent did so because of the Church’s teachings on abortion and homosexuality; only 16 percent left because of the way women are treated. Importantly, two-thirds of these Catholics elected to join a Protestant evangelical church.

In other words, disaffected Catholics who left for another religion, opted to join a more conservative church. That they did not run down the block in search of a mainline denomination—one that entertains the liberal agenda on issues governing sexuality and women—is telling.

The difference between then and now is that the National Socialists Party (Nazis) were retaliating against the severe criticism of the Nazi Party by Pope Pius XI. Now, it is being done to discredit the Moral Authority Of The Holy Catholic Church World Wide – even though the Roman Catholic Church is statistically the lowest of all entities in the world for sexual abuse cases.

It’s time some people took a hard look at the data and made some hard choices. This is great news for the Catholic Church.

The charity and work of Pope Pius XII during World War II so impressed the Chief Rabbi of Rome, Israel Zolli, that in 1944 he was open to the grace of God which led him into the Catholic faith. As his baptismal name, he took the same one Pius had, Eugenio, as his own. Later Israel Eugenio Zolli wrote a book entitled, Why I Became a Catholic.

“I  would  not  believe  the  Gospels  unless  moved  thereto  by  the  Catholic Church.”