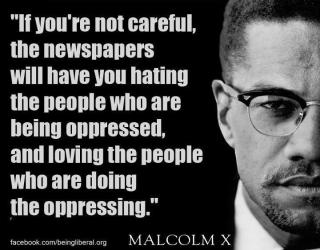 “Some big names on Wall Street are eager to step out of the spotlight after enduring years of financial-crisis turbulence and negative attention from politicians and protesters, said Peter Ressler, the chief executive of RMG Search.”

611 RESIGNATIONS FROM WORLD BANKS, INVESTMENT HOUSES, MONEY FUNDS
I don’t mind if you re-blog this listing. Save yourself the wear and tear on your karma and do me the favor of including http://americankabuki.blogspot.com in your reposting. Thanks to all who have caught minor errors.
Abreviations used:
CEO = Chief Executive Officer
CFO = Chief Financial Officer
CIO = Chief Investment Officer also can be Chief Information Officer (head of IT)
COO = Chief Operating Officer
EVP = Executive Vice President
CRO = Chief Risk Officer
INC = Incorporated (can be private held or publically traded shares)
PLC = Public Limited Company (publicly traded shares can be listed or unlisted on stock market)
LTD = Limited Company (privately held)
LLC = American version of LTD, but can have a shareholder/member that is an INC, often hybrids of both
AG = German version of PLC
AB = Swedish version of PLC
SA = Society Anonymous in various latin languages – same as PLC
NV = Dutch version of PLC
BV = Dutch version of LTD
LP = Limited Partners (partnership with limited liability)
REIT = Real Estate Investment Trust
Click here to scroll to latest additions to list, then scroll up.

█▓▒░   End of list as of 4/22/12  ░▒▓█
Addendum:
It is not known under what circumstances these individuals have left their positions, I make no judgement on that. I find the timing of so many resignations extremely curious and a temporal marker in history of high significance. No one should assume I make any judgement about the character of these people. I frankly don’t know their reputations except for a few rather famous ones.
This list includes Banks, Investment Houses, Sovereign Wealth Funds, Equity Funds, Savings Retirement Funds and other shadow banking organizations. The line is very blurry between these entities, some are owned by banks some are banks, some invest in banks as well as owning entire industries (common in Hong Kong and Japan).